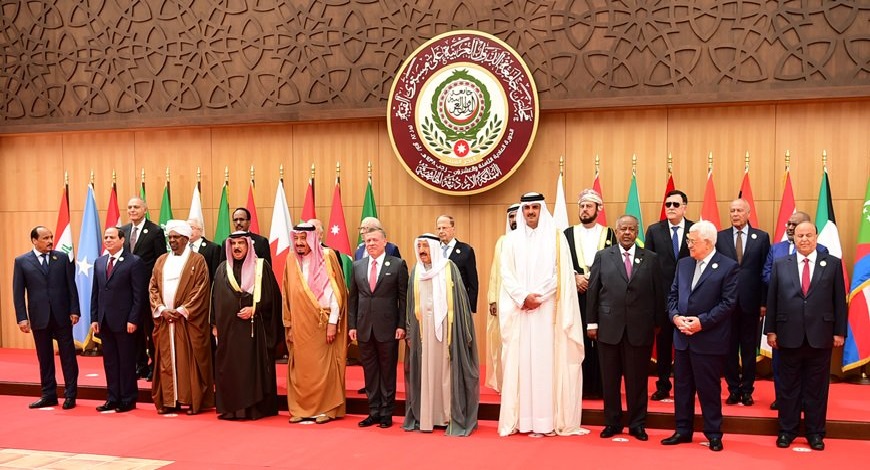 Is it time for the Arab League to disband?

Arabs are still under the yoke of colonialism, divided by nationalism, fighting to keep the very chains that humiliate them.

The Arab League is a zombie affiliation of puppets, one amongst a plethora of useless institutions set up to diffuse our anger and pain. It keeps us as Muslims artificially divided by nationalism, vulnerable to predator scheming nations greedy for our resources. They have made enemies of our brothers, and brothers of our enemies. In reality, it is not for the ‘Arabs’, it is for the puppets and to advance the schemes of their masters, to prolong their rule and our subjugation. Allah (swt) has warned us in Surat An Nahl: 94-95, وَلَا تَتَّخِذُوا أَيْمَانَكُمْ دَخَلًا بَيْنَكُمْ فَتَزِلَّ قَدَمٌ بَعْدَ ثُبُوتِهَا وَتَذُوقُوا السُّوءَ بِمَا صَدَدتُّمْ عَن سَبِيلِ اللَّهِ وَلَكُمْ عَذَابٌ عَظِيمٌ * وَلَا تَشْتَرُوا بِعَهْدِ اللَّهِ ثَمَنًا قَلِيلًا إِنَّمَا عِندَ اللَّهِ هُوَ خَيْرٌ لَّكُمْ إِن كُنتُمْ تَعْلَمُونَ “And do not take your oaths as [means of] deceit between you, lest a foot slip after it was [once] firm, and you would taste evil [in this world] for what [people] you diverted from the way of Allah, and you would have [in the Hereafter] a great punishment, * And do not exchange the covenant of Allah for a small price. Indeed, what is with Allah is best for you, if only you could know” [16:94-95]

Criminal institutions such as these were set up to preoccupy and distract the minds of the Ummah from the loss of security, protection and comfort we had under the authority of the Ameer ul Mu’mineen. He is the only rightful ruler, charged by Islam to implement the Deen and defend and safeguard our lands, rights and honour as commanded by Allah subhanahu wa ta’ala and conveyed by His Messenger ﷺ.

We have suffered greatly, at the hands of our enemies and those pretending to be our saviours who persecuted us in the guise of Islam. The regimes of self-serving colonialist puppets will never unite nor progress the affairs of the Ummah. We will never be liberated by any of these fake leaders.

Truly, we have no security nor dignity, other than in Islam. We must re-establish Islam, built upon the clear, decisive intellectual Aqeedah and we must do it in the way Rasulullah ﷺ showed us. Allah subhanahu wa ta’ala says,

“Say, [O Muhammad], “If you should love Allah, then follow me, [so] Allah will love you and forgive you your sins. And Allah is Forgiving and Merciful.””