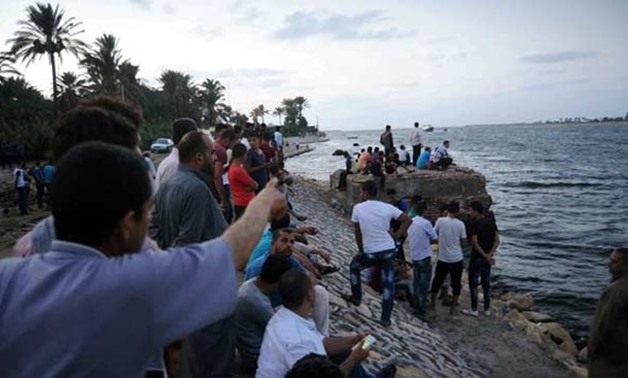 In a heart-rending incident, 22 students and a woman drowned on Wednesday morning in the Beheira district of Nile River State when their boat capsized while they were on their way to the Kabnah basic schools on the other side of the river. The boat was carrying about 40 students, including a group of brothers, and no victims’ bodies have been recovered until the release of Thursday’s newspapers today (Masader Newspaper, 16/08/08). In a similar incident, on August 1, 2018, the skulls of three elementary school girls were smashed under the rubble of a classroom in the Umbda area of Omdurman! We ask Allah Almighty to give patience to the bereaved families who have lost their loved children, and to make it an asset, a reward and an intercession for the day of presentation of deeds and reckoning, and to accept the dead with good acceptance. Indeed, we belong to Allah, and indeed to Him we will return.

These incidents reveal the level of negligence and abandonment of responsibility by the so-called officials in this country, whose pockets are filled with forbidden levies, from these broken-down river vessels that lack safety, or those private schools that are not suitable to be barns for animals and cattle, (living animals they are responsible for them!!) Then they did not take on their responsibilities.

Allah Almighty will ask these officials, from the biggest to the smallest, for these innocent souls why they did not pave the way safely for them to reach to their schools, and why they did not prepare the schools with safe standards, as they did to their children and their loved ones!

If you do not know what the responsibility is, the responsibility of taking care according to Sharia, then this is a calamity. And if you know that, and you are in such a state of failure, justifying your dereliction with fate and destiny, then the calamity is even greater and bigger. Muslim narrated that the Prophet ﷺ said: «مَا مِنْ أَمِيرٍ يَلِي أَمْرَ الْمُسْلِمِينَ ثُمَّ لا يَجْهَدُ لَهُمْ وَيَنْصَحُ إِلا لَمْ يَدْخُلْ مَعَهُمْ الْجَنَّةَ» “A ruler who has been entrusted with the affairs of the Muslims but he makes no endeavors (for the material and moral uplift) and does not sincerely look after (their welfare) would not enter Paradise along with them.”

The second Khilafah Rashidah (righteous Caliphate) state on the method of the Prophethood, Allah willing, will give the world a model in the meaning of the state of care, and it will soon be with the permission of Allah, and then you will be held accountable for your negligence, and for your squandering of Ummah’s lives and interests. And you will surely know the truth of its information after a time.