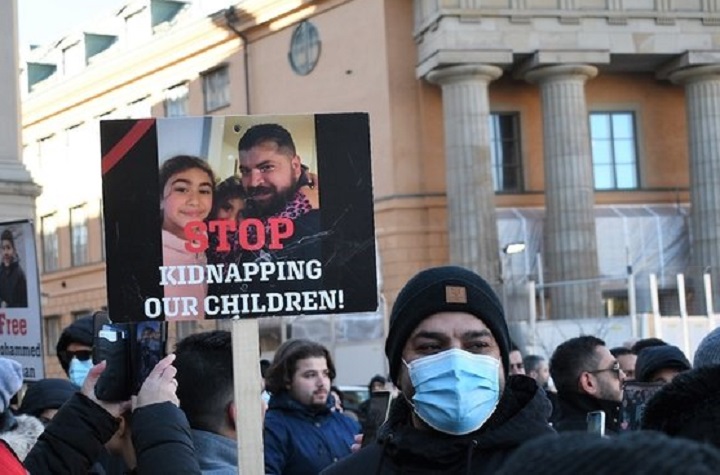 A new hashtag has been trending exposing the increasing kidnapping of Muslim children from refugee families in Sweden. TRT News on the 9th of February 2022 released a story highlighting the plight of a number of families who have had their children forcibly taken from their parents by the Swedish authorities who have made an assessment that the families are no fit to look after their own children. One mother had 4 children taken and the 5th was kidnapped at the point of delivery. Another mother who was found to be struggling financially had her 10 year old son put into care. She felt broken to the point of ending her life and the report shows her son burying her.

Comment:
The pain of being a refugee is sufficient suffering for any human being but to imagine that your struggle for survival end with your family being torn apart is unimaginable. The correct procedure of a government that really has concern for the wellbeing of its citizens is not to punish them for their human rights disaster, but to assist them with their needs when they have lost everything.

If there is no food in a home, a government should look at why the needs of a mother are not met and give a solution for her hunger, not take the child to live in sadness and leave the mother to starve alone. These actions of the Swedish government cannot be discussed in the context of the “care of minors” as all parties involved feel that a great abuse is happening against them and it is a form of torture and not help that is being unleashed upon them.

In the Khilafah (Caliphate) truly sincere measures exist to bring happiness and tranquility to the Ummah’s problems. The Caliph Umar Ibn Al Khattab used the resources of the Bait Al Maal – the house of public provisions to give any needy citizen the means to have their basic human rights to food, clothing and shelter. It would be unthinkable to simply collect people’s children and leave them to suffer in poverty! What is happening in Sweden and many other countries is forced reprogramming of Muslims who are targeted due to lack of any means to protect them, many families in Sweden live in poverty but they do not have this mass policy of breaking up families. It is a racist and Islamophobic action that needs the return of the Khilafah to reverse it.

Allah (swt) in the Quran states that oppression is worse than killing, and this is exactly the quote that applies to the refugee situation in Sweden and beyond:

“And slay them wherever ye catch them, and turn them out from where they have Turned you out; for tumult and oppression are worse than slaughter” [Al-Baqara: 191].