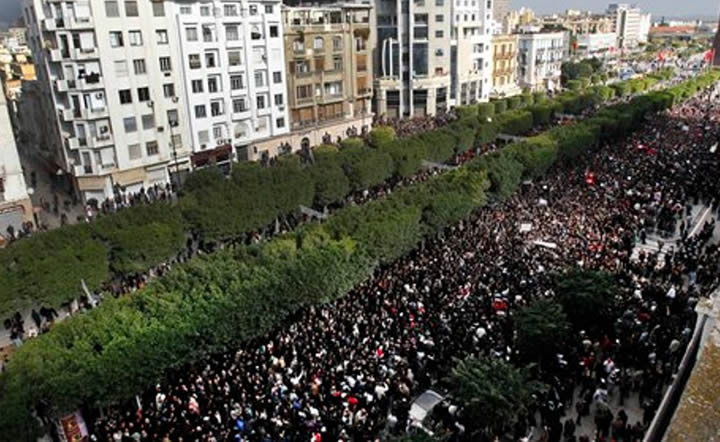 The file of unemployed doctors has become a card that politicians manipulate and trade in in the cheapest political mercenary market. On January 15, 2021, President Kais Saied visited the research doctors at their sit-in at the Ministry of Higher Education and promised them to deal with their file. Then Prime Minister Hisham al Mechichi visited them, and the Ministerial Council, which met after that visit, approved the assignment of 3,000 doctors over three years, and on 5th March the Prime Minister pledged to employ 2,400 university teachers in the public sector, over a period of three years starting from the current year, without forgetting the visit of a number of people’s representatives to the sit-in and the acknowledgment of Parliament Speaker Rached el-Ghannouchi of their right to work. However, on March 24, the researchers went to meet the Minister of Higher Education and Scientific Research, Olfa Benouda, to follow up on the outcomes of the cabinet agreement and the mandate mechanisms, the security forces received them with extreme violence and tear gas in a scene reminiscent of methods of suppression of the former regime, which is considered a disgrace to the rulers of Tunisia, who have long denied their promises and agreements, especially in the field of employment.

The truth, which Tunisia’s rulers dare not show, is that the decision to employ doctors who are researchers in the public service is at the hands of the International Monetary Fund (IMF), which forces the Tunisian state not to employ in the civil service on the grounds of reducing the wage mass as part of a package of dictates that the IMF imposes on Tunisia under the name of financial and economic reform, after plunging the state into a spiral of debt and making it subject to creditors.

The state’s abandonment of its duties towards employing research doctors is not the result of a lack of funds, but rather a result of the state’s abdication of its responsibilities in providing care. The state’s failure to seek to recover the wealth of the Tunisian people that has been swallowed up by Western companies and its progress in handing over the remaining resources of the country to foreign parties has made it lose huge sources of funding that it needs to resurrect ambitious projects such as industrialization and strategic crops that absorb the scientific expertise that the country abounds from doctors, engineers and others.

The capitalist system is the main and direct cause of unemployment, and the radical solution to the problem is simply to recover the looted wealth and its management by the state in production and marketing, and to abolish privatization altogether, which means abolishing the capitalist system and abolishing its provisions, which the capitalist masters and money sharks do not accept, so it was imperative to revolt against Capitalism and to drop its local tools to remove injustice from the people. Allah (swt) says:

“And say, “Do [as you will], for Allah will see your deeds, and [so, will] His Messenger and the believers. And you will be returned to the Knower of the unseen and the witnessed, and He will inform you of what you used to do.”.” [At-Tawba: 105].