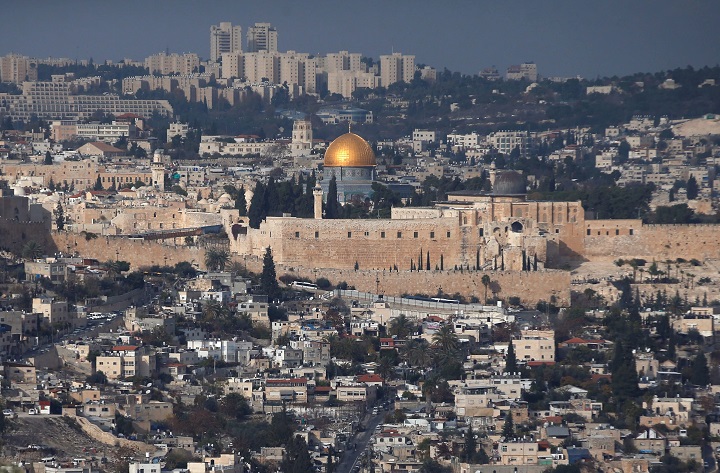 O Muslims: Isn’t it time for you to humble your hearts to the remembrance of Allah and what has been revealed of the truth, and move in support of Al-Aqsa, before partitioning it by time and space become a reality, then regret will benefit no one?!

From the heart of Hashem Gaza, we direct these calls to the Ummah, its armies, and its scholars:

O Ummah of Islam: Protect your first Qibla and the Masra of your Prophet, rise to the glory of this world and the Hereafter, stop your unjust rulers, own your decision to establish a Caliph who: unites your ranks and your word, submits to Allah and leads you, who fights in the way of Allah to liberate your mosque and your land, the Caliph is, as our Prophet (saw) said:

“Only the Imam is a shield, behind whom you fight and you protect yourself with.”

O Heroes of the Armed Forces: How can you forsake your Al-Aqsa Mosque and leave it an easy prey for the Jewish entity, who want to divide it and are wreaking havoc in it? Why do you leave the people of Palestine alone in the face of the Jewish entity when you have the means and tools? It is time for you to mobilize your armies and support Palestine and its people and its Aqsa, and uproot the Jewish entity. If an unjust ruler stands between you and this movement, do not obey him, stand against on him and pay no attention to him, for our heroic ancestors crushed the Tatars in Ain Jalut on the land of Palestine, and they destroyed the Crusaders in Hattin on the land of Al-Aqsa. The time has come to destroy the Jewish entity in Palestine. Will you respond?

O Army of Egypt, Army of Jordan, Army of Hijaz, Army of Turkey, Army of Pakistan… O Muslim Armies: The Jews have desecrated, ruined and defiled Al-Aqsa Mosque, and now they want to divide it. The removal of the Jewish entity is subject to the decision of one army of the Ummah, the whole Ummah will soon follow it, and remove this cancerous gland from the body of the Ummah.

O People of Palestine and its Mujahideen: The issue of Palestine is a creedal jihad issue for the Islamic Ummah, it is not a factional or negotiating issue for any party whatsoever. Let us in Palestine be the motivating factor, and the spearhead in moving the Ummah and its armies, and we help them to carry out their duty as a jihad for the sake of Allah, to wage a comprehensive war that uproots the Jewish entity from its roots. and not be satisfied with limited fighting rounds.

O Muslim Scholars: Fulfil the covenant of Allah, and incite the Muslim armies to carry out jihad. Today, no condemnation or denunciation will benefit. Explain to the people the truth and do not conceal it, and neither the fear of the rulers nor the benefit of the world should prevent you from speaking the truth.

“But Allah has more right that you should fear Him, if you are [truly] believers” [At-Tawba: 13].

Thus, you repeat the history of the divine scholars.

O Muslims: Allah’s promise is true, and the Jews entity will perish, and you will be victorious, Allah willing.  Let the man of honour come forward and launch the spark of comprehensive jihad against this hateful entity. So, who will attain the honour of this world and the Hereafter?

“O you who have believed, if you support Allah, He will support you and plant firmly your feet” [Muhammad: 7]

“So for this let the competitors compete” [Al-Mutaffifin: 26].