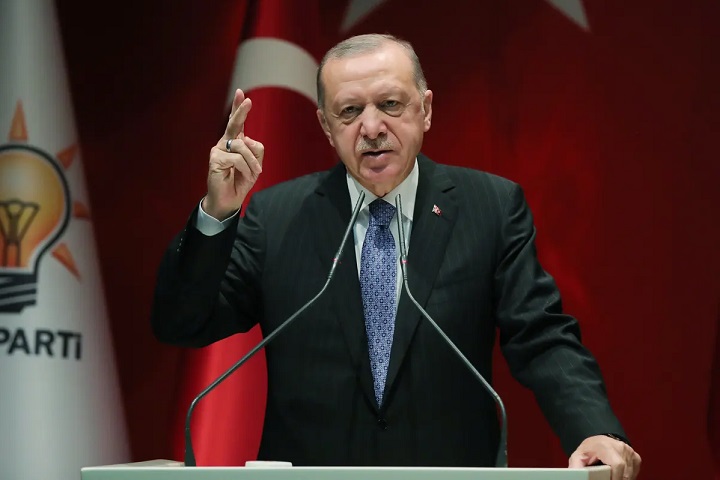 Turkey’s agenda is shaken by the dramatic collapse of the Turkish lira against the US dollar. The US dollar, which was equivalent to about 6 Turkish liras at this time last year, has crossed the 13 Turkish liras range. The rise in the exchange rate naturally leads to a rise in the prices of all imported products and production inputs dependent on foreign currencies, which directly affects the real economy as a result of the decline in purchasing power. Government officials and their supporters are on the defensive in the face of the deteriorating landscape, urging the public for austerity measures, attributing the damage done to the fight against terrorism, and constantly blaming others, especially outside powers. On the other hand, the opposition blames mismanagement of the government, corruption and the presidential system.

However, in a popular speech, Erdogan defines this economic and financial crisis as the “war of economic independence”, ignoring the fact that the problem stems from the Kafir capitalist system. And while global colonialism enslaves the whole world thanks to this system, what war of independence is being talked about when Turkey is part of this system?! Although the President of the Republic is stuck in the grip of financial instruments, usury, foreign currencies, inflation, the cost of living and unemployment attached to the capitalist system, and the vicious circle, he never acknowledges the corruption of the rotten colonial system imported from the West.

Also, President Erdogan, who repeats his saying “usury is the cause, inflation is the result” and his popular slogans that Turkey is “patriotic-national” and Turkey is “strong-great”, went further this time as he said that there is a legitimate text in this regard. It is as if he is referring to the noble verse that talks about the prohibition of usury and igniting a war against Allah (swt) and His Messenger. However, there is not only a legal text about usury, but there are hundreds of legal texts as well that order the abolition of the entire capitalist Kafir system and the replacement of the state that will implement Islamic rulings with it.

Unless the capitalist system is uprooted from these lands and the Khilafah Rashidah (rightly guided Caliphate) State is established, which implements the only system that comes from the Lord of the Worlds, then the Islamic peoples will not be able to get rid of the Kafir systems. Since the real salvation is the resumption of Islamic life again. The crises will never end as long as the tyrannical oppressors close their eyes and shut their ears to this truth, and as long as their hearts are dark and their minds are rented to their masters, they will not end.

“But whoever turns away from My Reminder will certainly have a miserable life, then We will raise them up blind on the Day of Judgment.” [TMQ Taha: verse 124]