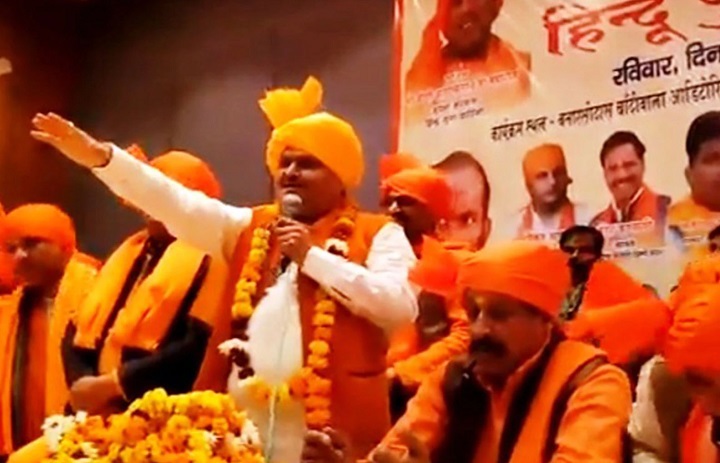 Hundreds of India’s Hindutva activists and monks have openly called for Hindus to arm themselves and kill Muslims to create a Hindu Rashtra (Nation). Referring to the Muslims of India, the speakers asked the other Hindus to “be ready to kill and go to jail”. They took oath for genocide against Muslims at a three-day conference held last week in the city of Haridwar, New Delhi which was attended by the ruling Bharatia Janata Party (BJP) leaders. Amid the ongoing systematic, targeted and organized lynching of Muslims in India, that conference continued without hindrance for three days because of the impunity these right-wing terrorists enjoy under the BJP-led government. From the East to the West, the persistent sufferings of the guardianless Muslims is evidence that this Ummah will never experience real security, justice and protection in the absence of the Khilafah (Caliphate) state.

Moreover, the Muslims do not rely upon the secular rulers anymore to have their blood and honor protected by them. They know that these treacherous rulers and leaders of the Muslim lands do not represent them or their interests, and will never bring any good to them. To play the secular card, our rulers only get vocal and active when the people of other religions and faiths are persecuted. But they maintain complete silence over the sufferings and persecution of the Muslims even though they have sufficient strength to save the lives and sanctity of the oppressed. Rather, these agent rulers shake hands with the polytheists and disbelievers who never fail to bring harm upon the lives and honor of the Muslims.

O Honorable Ummah! We remind you of this great afflictions and humiliations that are happening because of the absence of our true leader, our Khalifah (Caliph), to prevent it. The solution to our plight lies in the hadith of our beloved RasulAllah (saw),

“Only the Imam is a shield, behind whom you fight and you protect yourself with…” (Muslim). So, you must realize the obligation to work towards re-establishing the Khilafah Rashidah (Rightly Guided Caliphate) to restore our Deen and dignity. You must defy the agent rulers and call the sincere officers of the military leadership to give nusrah (material support) to the righteous party Hizb ut Tahrir so as to bring back our former glory and greatness to save the humanity from this man-made calamity.