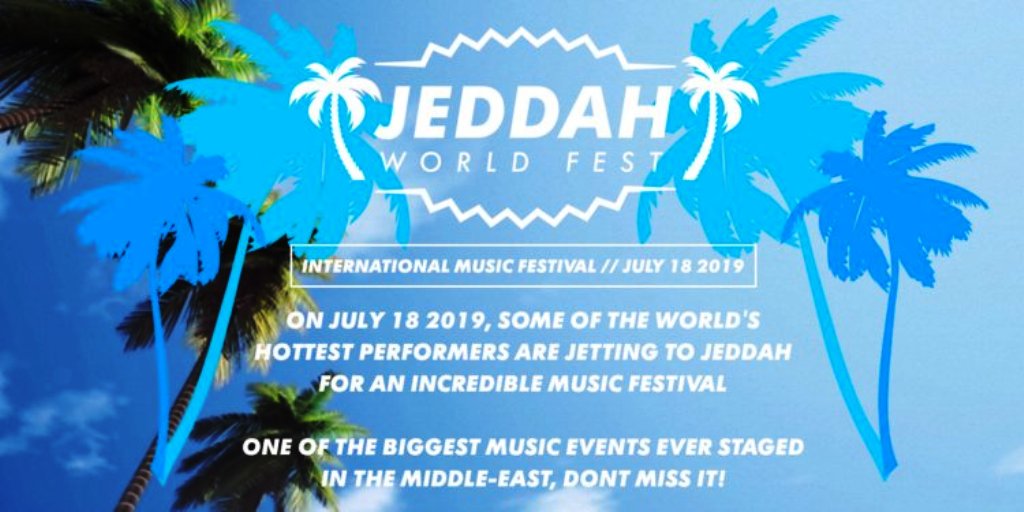 On Wednesday 3rd July, organisers of the Jeddah World Fest announced at a press conference that the Western Rap singer, Nicki Minaj, will perform in Saudi Arabia later this month. Minaj is renown for her hypersexualized performances and videos; her figure-hugging, body-revealing outfits; and sexually explicit and profanity-laced lyrics which glamourize illicit relationships and drug taking.

The singer is due to headline the festival, which Raed Abuzinadah, director general of the Fest, promised to be the “largest musical festival of its kind in the region.” Furthermore, while many Muslims struggle to acquire visas for Hajj and Umrah, with some even refused entry into the country due to their nationality, the kingdom in contrast has promised quick electronic visas for international visitors who wish to attend to watch this display of depravity.

This is just the latest sordid chapter in Mohamed bin Salman’s (MBS) corrupt plan to turn this blessed land, that holds Islam’s holiest site, into an entertainment hub to try and generate billions of dollars in revenue for the country, after successive generations of the Al-Saud regime decimated the economy with its decades of mismanagement of its wealth and lavish lifestyle of its rulers which squandered the riches of the state. Last year, Saudi’s General Entertainment Authority (GEA) stated that $64bn would be invested in developing its entertainment industry over the next decade; while in January this year, the GEA announced that it seeks to position the kingdom among the top 4 entertainment destinations in Asia and top 10 globally. It also expressed plans to host a Madame Tussauds Wax Museum as well as build an opera house in the country. Over the past several months there have been concerts with performances by various western singers, while last year, a Lebanese company performed an Opera at a university in Riyadh of a love story between fabled pre-Islamic characters.

The Saudi regime, infamous for starving and slaughtering the Muslims of Yemen, is also intent on chasing the heels of western liberal states in their level of vulgarity, lewdness and Fahisha, and is determined to decimate the Islamic culture and its sublime values and morals in the process. Minaj is the epitome of depravity. She and other western singers, as well as these music concerts and the liberal entertainment industry which generate profit from promoting illicit relationships, promiscuity and the sexualization of society are the antithesis of the high Islamic beliefs of Hayaa (modesty), honour, protection of chastity and the sanctity of marriage. Allah (swt) said, إِنَّ الَّذِينَ يُحِبُّونَ أَن تَشِيعَ الْفَاحِشَةُ فِي الَّذِينَ آمَنُوا لَهُمْ عَذَابٌ أَلِيمٌ فِي الدُّنْيَا وَالْآخِرَةِ وَاللَّهُ يَعْلَمُ وَأَنتُمْ لَا تَعْلَمُونَ “Indeed, those who like that Fahisha (immorality, indecency and Zina) should be spread (or publicized) among those who have believed will have a painful punishment in this world and the Hereafter. And Allah knows and you do not know.” [24:19] The Prophet ﷺ said, «إِنَّ الْحَيَاءَ وَالإِيمَانَ قُرِنَا جَمِيعًا، فَإِذَا رُفِعَ أَحَدُهُمَا رُفِعَ الآخَرُ» “Indeed Hayaa (modesty) and Iman are Companions. When one of them is lifted, the other leaves as well.” [Al-Bayhaqi]. The Prophet ﷺ also said, «إِنَّ لِكُلِّ دِينٍ خُلُقًا وَخُلُقُ الإِسْلاَمِ الْحَيَاءُ» “Every way of life has its distinct characteristic. And the distinct characteristic of Islam is Hayah (modesty).” [Abu Dawood]. And he ﷺ also said, «إِنَّ اللَّهَ كَتَبَ عَلَى ابْنِ آدَمَ حَظَّهُ مِنَ الزِّنَى أَدْرَكَ ذَلِكَ لاَ مَحَالَةَ فَزِنَى الْعَيْنَيْنِ النَّظَرُ وَزِنَى اللِّسَانِ النُّطْقُ وَالنَّفْسُ تَمَنَّى وَتَشْتَهِي وَالْفَرْجُ يُصَدِّقُ ذَلِكَ أَوْ يُكَذِّبُهُ» “The adultery of the eye is the lustful look, and the adultery of the tongue is the licentious speech, the heart desires and yearns, which the parts may or may not put into effect.” [Muslim]. In addition, Islam as we know has prescribed severe punishments for fornication and adultery, emphasizing the scale of their abhorrence in the Deen, as well as anything which promotes or leads to these acts.

Furthermore, the regime utterly disregards the destructive fall-out of this liberal sexualization of society which has created an epidemic of pre-marital and extra-marital affairs, extramarital births, single mothers, children who do not know their fathers, sexually transmitted diseases, and the disintegration of the family unit in both western and eastern states. This has generated a mountain of social and other problems for these nations. This is hardly the path to modernization, progress and a bright future for any land. Rather, it simply holds the promise of the destruction of the moral and social fabric of societies as well emotional and psychological turmoil for individuals.

This is the land of the sacred Kaaba, Masjid al-Haram and blessed Hajj; the land where our beloved Prophet ﷺ is buried; the land where he ﷺ and the Sahaba (ra) sacrificed their blood and lives to establish the authority of Islam. It is an insult to our noble Deen, and utterly sickening and criminal that MBS and his regime are striving to re-create the times of Jahiliyyah in its lewdness and corruption, where women would dance around the Kabaa naked and all forms of relationship between men and women were promoted. Surely all this should be a wake-up call for the Muslim Ummah, that the sanctity of our Deen will never be protected while these corrupt regimes, which pride themselves on their scale of Jahiliyyah, continue to rule our lands, and while the Islamic leadership of the System of Allah (swt), the Khilafah based upon the method of the Prophethood, remains absent from this world. Surely it should be a strong reminder of the obligation to work with urgency to re-establish this noble state in our lands once again, which will stand as the guardian of our Deen and the Muslims. The Prophet ﷺ said,«لَتُنْقَضَنَّ عُرَى الإِسْلَامِ عُرْوَةً عُرْوَةً، فَكُلَّمَا انْتَقَضَتْ عُرْوَةٌ تَشَبَّثَ النَّاسُ بِالَّتِي تَلِيهَا، فَأَوَّلُهُنَّ نَقْضاً الْحُكْمُ، وَآخِرُهُنَّ الصَّلَاةُ» “The knots of Islam will be undone one by one, each time a knot is undone the next one will be grasped, the first to be undone will be the Ruling and the last will be Prayer.” [Hakim, Ahmed]