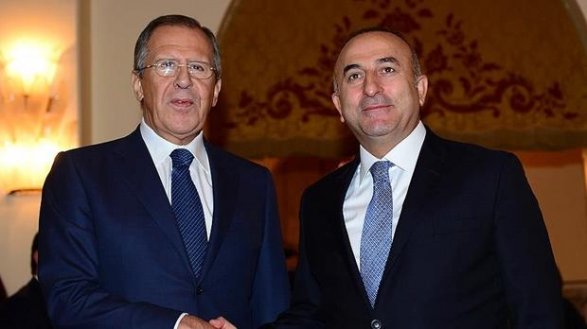 Turkey’s Foreign Minister Çavuşoğlu met his Russian counterpart Lavrov in Belgrade. Lavrov said that he had heard “nothing new” at the first face-to-face meeting after the plane crisis. Çavuşoğlu said, “I’m sure that after the sentimentality has passed, common sense will win and our relationship will go back to its old days.” (Al Jazeera Turk)

Regardless of the various divided political analyses, the present point in Turkish-Russian relations is not a situation to be explained only over the plane crisis. Developments in the Syrian field, the Vienna meeting’s results and Russia’s attacks against all groups with the exception of Bagdadi’s, and the PYD’s relationship with Russia, it can be said that the Russian side deliberately forced the borders. Immediate reflexes of politicians in Turkey following the downing of the plane show that politicians had no personal effect in the downing of the plane. Turkey, sinking into a depression with the crisis, almost somersaulted in order to catch a communication channel with Russia. And finally there was a meeting, where Lavrov commented that “he had heard nothing new”, Çavuşoğlu said, “I’m sure that after the sentimentality has passed, common sense will win and our relationship will go back to its old days.”

Until this first contact was established, Russia tenaciously worked on escalating the tension, and implemented a number of economic sanctions against Turkey, arrested and deported businessmen, and intensively checked commercial trucks entering Russia. It even went further by saying that Turkey would purchase oil from Bagdadi’s organization, and that Erdogan personally would take care of business. Additionally, it targeted President Erdogan directly by publishing the corruption tapes which were already previously published. This situation of course drew Erdogan opponents within the domestic public opinion to the side of Russia. Alongside all of this, Russia stepped up operations within Syria and especially alongside the border and even shoot off aid trucks. Additionally it transferred S-400 missiles to Syria. And this, through passing the Dardanelles just one day after the downing of the plane!

The statement regarding the plane crisis made by America who laid the political and military foundation for Russia’s show and massacres in Syria, was more in the kind of being a middle way. While on the one hand it says that “Turkey has the right to protect its borders”, on the other hand it paved the way to opening Turkey’s bases for the use by Germany, France and Britain, and increased pressure on Turkey to fortify safety along Syrian borders. Alongside Russia increasing its presence in the Mediterranean due to the plane crisis, NATO stepped in and hoarded its ships in the Mediterranean too.

Turkey – in particular due to its natural gas dependency and the high-cost nuclear plant tender – is at a disadvantage against Russia. However, especially in face of these difficult times, Russia is not going to ignore Turkey. One thing is certain, namely that when the Soviet economy collapsed, the Red Army collapsed just as quickly. What I am saying is that the anxious climate that is sought to be generated among some media is not realistic. And the statements of Russian officials support this situation anyway.

Be it the Paris attacks, or the plane crisis; America took advantage of both events through rerouting everyone away from the Assad regime towards the war against “terror”. Now even Turkey who once held fiery speeches of “Assad must go” talks over “transition with or without Assad”. Yet Davutoğlu wrote an article for the British paper, The Times, titled “Russia must focus on the common enemy“.

In the end; Russia, using the excuse of the crisis, was more comfortable in deploying the S-400 missiles, enhanced its massacres in Syria even further, was easier in providing Turkey’s Achilles’ heel, the PYD, with more ammunition, and has strengthened Assad’s hand even more in Geneva. In a further violation of its border, Turkey would not even think about such an action. In fact, explanation after explanation of “If we had known if it was a Russian plane maybe we would have warned it differently”, and “we are sorry” are signs for that. The only thing they undertook in exchange for Russia’s sanctions was to visit Qatar and Azerbaijan in order to find out “where to purchase alternative gas, for the case that Russia cuts off gas”.

As to the Turkmens who were the reason of downing the plane… Nothing has changed for them. Now, Russia is attacking even more harshly.