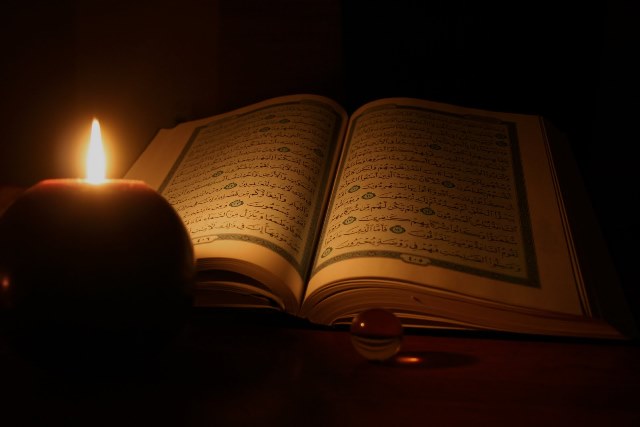 The great companion of the Prophet ﷺ, Abdullah ibn Masud (ra) said, that fear Allah as He should be feared means, “…to obey Allah and never disobey Him, to remember Allah at all times and never forget Him, and to thank Allah and never show ingratitude.”

– So for the ones who seek to be the Muttaqeen – there is no concept of – I’m not ready to do this Islamic obligation yet – I’ll do it later, OR it’s too difficult because it will affect my comfortable life, my interests, my ambitions, OR I don’t have time to do this – to seek knowledge about Islam or carry the dawa, OR we take part of Islam that we find easy (the spiritual and moral actions) and leave the rest (the political, economic and social aspects), OR this Law of Allah (swt) is not relevant to today’s world, OR His System needs to implemented gradually…..NO! It’s NONE of this – the relationship with our Rabb as Believers – should be one of – Hear and obey.

– the one with taqwa is not only the one who prays and fasts, or who stays up in Qiyaam, reciting Qur’an and performing dhikr and extra salah but the one who abides by the Islamic dress (khimar and jilbab) and the Islamic social laws in their interaction with the opposite sex; not socializing or being in Khulwa, or beautifying in presence of non-mahrem; it’s the one who treats their husband, wife, children, parents, and relatives with kindness and gives each their right from Islam; and it’s the one who deals with his business and money according to Islam – keeping away from riba and abiding by all the Islamic economic contracts and laws;

– the one with taqwa is NOT the one who stays on the prayer mat or in the mosque, while keeping silent on the butchering of our Ummah in Syria, Palestine, Myanmar and elsewhere but speaks out against this and works to remove this oppression as Allah (swt) orders;

– and the one with taqwa is NOT the one who only accounts those who do not pray, fast, or cover but rather the one who fulfils the obligation of accounting the Muslim rulers today; the one who speaks out against their corruption and implementation of kufr in our lands; and the one who carries the Dawah that calls for Allah (swt)’s Laws to rule through the establishment of the Khilafah state based upon the method of the Prophethood – as commanded by Allah (swt). lbn Abbas (ra), says: ‘as He is supposed to be feared’ means that they strive in His path as they should: they do not care about any one criticising them and they establish justice even against their own kith and kin.”

– Ali ibn Abi Talib (ra) sums Taqwa up when he says: ‘The signs of the pious are that they are pale out of vigilance: they have weak eyesight from weeping; their lips are withered because of fasting and they are covered with the dust of the devout.’ (i.e. the one who is always struggling in Allah’s cause).

So most of the duties in Islam were not made obligatory until the state was established in Madinah – because it is the rule by Islam which supports the Believers to fulfil their obligations correctly and corrects them – if they don’t through various means, including the Islamic punishments.

Imagine having a state where the Muslim woman can wear her Islamic dress with honour and protection, enjoying the high status and true respect that she deserves as the one who embraces modesty and chastity and where all the Islamic social laws are implemented correctly to regulate the relationship between men and women such that both can have an active and productive public life while also maintaining their dignity and the sanctity of marriage and family life.

appreciation of the magnificence of Allah (swt); history lessons are given in a way where they develop a pride of their Islamic heritage and where their role models, rather than being the empty singers and actors of today, would become the great Islamic personalities of the past who they are inspired to emulate in their outstanding qualities such as their bravery, piety, standing against injustice and protection of Islam – such that the youth of this Ummah become leading distinguished Islamic personalities who exemplify noble behavior, who are carriers of the Islamic dawah and fierce opponents of corruption and oppression, and embody the characteristics of leaders of humanity.