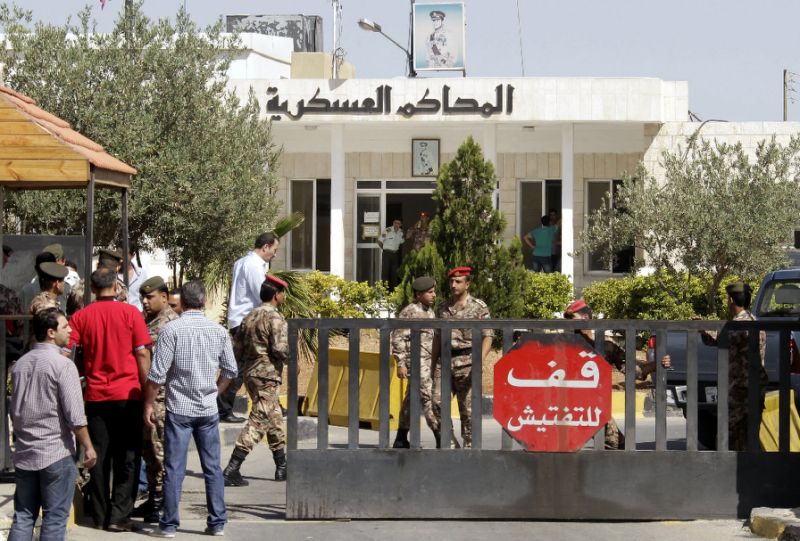 The regime in Jordan continues to pursue the Shabab of Hizb ut Tahrir and other advocates of the Truth in this country and plots unjust mock trials against them through what it calls the State Security Court, whose provisions are predetermined from the circle of injustice and darkness in Jandaweel, to fight advocates of the resumption of the Islamic way life through intellectual and political struggle, and add false unfounded accusations such as incitement to undermine the regime, when it saw that simply belonging to Hizb ut Tahrir is a charge that does not cure their hatred for Islam and its advocates. So, on Wednesday morning, 24/10/2018, the State Security Court sentenced Ustadh Mu’tasim al-Salem, who has been detained for over ten months, it sentenced him to three years imprisonment, for none other than saying Allah is my Lord with all the meaning of Lordship.

We in Hizb ut Tahrir, as everyone knows, we believe that such unjust and oppressive judgments in averting people from the path of Allah will not deter us from continuing day and night to work to establish the Khilafah Rashidah (righteous Caliphate) state on the method of the Prophethood. Allah is Sufficient for us, and He is the best Disposer of affairs, and Allah is Great, Mightier than the oppressors.

“And they resented them not except because they believed in Allah, the Exalted in Might, the Praiseworthy”