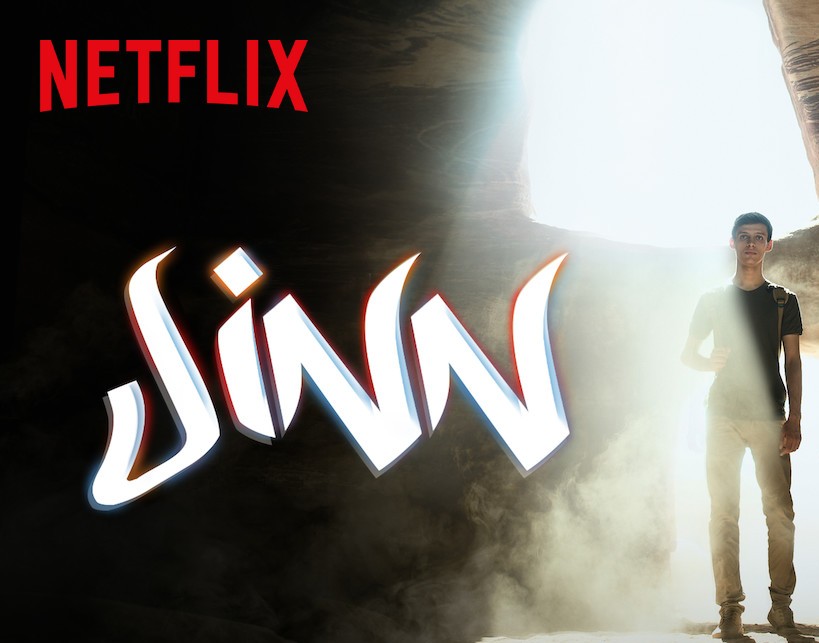 Under the sight, hearing and authorization of the regime’s institutions in Jordan of the Royal Jordanian Film Commission, the Authority of the Petra Region and others, a series of obscene episodes produced by the American entertainment company Netflix was premiered in Petra, Wadi Rum and other places in Jordan, which was filled with forbidden scenes, abominable practices, and words of vice that are intended in their actual meaning which has aroused the indignation of all people in Jordan, which is a dangerous precedent in spreading vice in the most impudent images and texts which Muslims through their modern history have not come across, where their religion, lives and morals were abused, and even worse, bitter and uglier than that, is the disclaimer of responsibility of censorship by official bodies under the pretext of personal freedom and incompetence.

This series has no content other than the presentation aural and visual depravity, which is intended to be a colonial invasion of the values ​​of Islam and the imposition of personal freedoms as a concept in its lowest animal forms, and an attempt to penetrate the Islamic values ​​that people turn to adhere to them and work to apply them in society despite the opening platforms and podia for the war on Islam and its values, but when it comes to the call to Islam, its values ​​and its application, there is no personal freedom but hatred, intimidation, sedition, arrest, prosecution and imprisonment and muzzling the mouths!!

The Royal Jordanian Film Commission, for its part, disclaims any responsibility or authority to censor the films, even though its motto is appended at the end of the series. It did not denounce its content after the show, instead it said in its statement: “There is a wide discrepancy in people’s reactions and comments on Jinn – positive and negative – amongst Jordanians. Some attacked it for its boldness and for crossing some red lines, while others think that it reflects the reality of a certain age group from a certain societal component in Amman. These divergent opinions reflect the diversity of Jordanian society, and it is a positive diversity”, and this is the worst excuses for fighting Islam and to disavow the responsibility of the ruler of taking care of the affairs of the parish by making vice personal freedom, which is one of the secular civil principles, in exchange for Islam and its values. He (swt) says: يُرِيدُونَ أَنْ يُطْفِئُوا نُورَ اللَّهِ بِأَفْوَاهِهِمْ وَيَأْبَى اللَّهُ إِلاَّ أَنْ يُتِمَّ نُورَهُ وَلَوْ كَرِهَ الْكَافِرُونَ * هُوَ الَّذِي أَرْسَلَ رَسُولَهُ بِالْهُدَى وَدِينِ الْحَقِّ لِيُظْهِرَهُ عَلَى الدِّينِ كُلِّهِ وَلَوْ كَرِهَ الْمُشْرِكُونَ “They want to extinguish the light of Allah with their mouths, but Allah refuses except to perfect His light, although the disbelievers dislike it. *It is He Who has sent His Messenger with guidance and the religion of truth (Islam), to make it superior over all religions even though the Mushrikun (polytheists, pagans, idolaters, disbelievers in the Oneness of Allah) hate (it)” [At-Tawbah: 32-33].

As a result of the resentful backlash from the Ummah about this obscenity, we should not be fooled by the disavowal of the regime’s institutions from the responsibilities, beginning with the so-called lack of censorship prerogative by the media authority, the denunciation of the authority of the Petra region, which sought to facilitate the task of those who carry out this series to be published and translated into several languages in the Islamic countries, or the denunciation of the so-called Union of Jordanian Artists, and the denunciation of the Chairman of the Parliamentary Committee of Education and Culture, so that the formal procedures of the regime take on, such as the command of the Prosecutor General of the Amman prosecutor’s office for the Unit for combating cybercrime, to take the necessary immediate action to stop the broadcast and publication of this scandalous series which contained “lewd scenes in violation of the law, morality and public morals.” After it being full of popularity on the electronic communication platforms, and it may also be a suggestion to impose punishments or dismissals to shelter the regime and its policy of dependence on the Kaffir colonist and its alliance with him in politics, economy and the intellectual war on Islam.

The audacity and blatant intervention and defense of this series in the Netflix network published a joke on its own account saying that it followed the wave of bullying against the actors and staff of the series, and even threatened that it will not tolerate these actions to the staff, because its position is centered around the so-called values ​​of diversity and inclusiveness. This position is the product of what the regime promotes in local and international forums and platforms of values that are in harmony with the lewd, decadent, Kaffir Western values​​, such as the separation of religion from life, namely secularism under the name of civil society, and the difference and diversity in educational culture and political pluralism, all of which enter under the War on Islam and the exclusion of its values ​​and ideas from the people, after the exclusion of its rulings on governance, economy, social life and judiciary from the arena of the political life, which is only a desperate and exposed attempt to keep people from their revival project, which has reached its crowning and is around the corner, which is the return of Islam to the implementation status through its political entity represented by the Khilafah Rashidah State (rightly guided Caliphate) on the method of the Prophethood.

This is what we have repeatedly warned you against, and the danger of being silent about it. which is to promote the ideas of kufr and to challenge the values of Islam, to fight against the Dawah carriers to Islam and the call for its application. The ideas of Kufr are turning into a shocking practical practice of vice that would shame human beings of correct sense. They are only test balloons that are permitted by the regime, from time to time, such as gay parties and mass publicizing of Iftar in universities and the brazen parties that leaked through the social media platforms, and thus testing your patience, your faith, and your anger to Allah and the values ​​of your religion, should your movement not be only for Allah and the religion of Allah? Will your anger not be driven by the prevalence of obscenity and violating Allah’s sanctity of and the exclusion of the provisions of Islam to be your stand for the sake of Allah and the way of His religion, and your support and backing for the return of the Islamic state, Khilafah on the method of the Prophethood, which protects your sanctity and expels all the Kafir colonial influence with its tools and its followers? Allah accomplishes His promise to the believers even if the disbelievers hate.

“Indeed, those who like that immorality should be spread [or publicized] among those who have believed will have a painful punishment in this world and the Hereafter. And Allah knows and you do not know.” [An-Nur: 19]