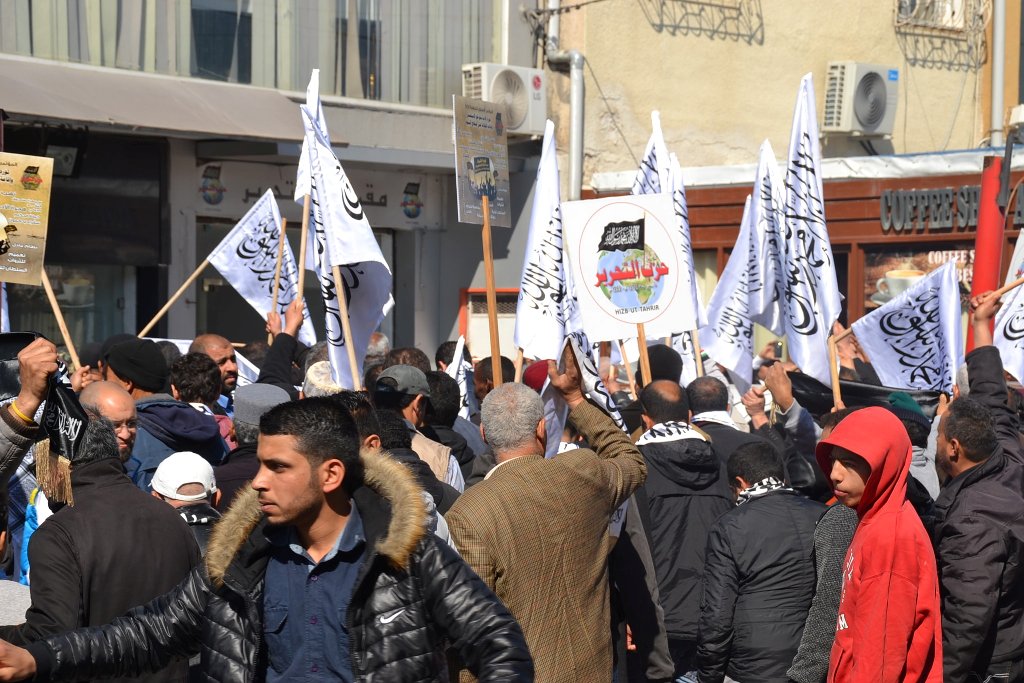 “And do not sit on every path, threatening and averting from the way of Allah those who believe in Him, seeking to make it [seem] deviant.”

Prior to the discussion forum organized by Al-Tahrir Newspaper on Thursday, 01 October 2020, at 4 pm at the headquarters of Hizb ut Tahrir at the Soukra-Ariana junction under the title: “Crime in Tunisia, an Emergency Matter or a System Crisis?” The forum guests were surprised by a security point that closed the only passage leading to the party headquarters.

When they were asked to vacate the place so that the guests and the media could join the forum, the security officers refused, claiming that this security point had been previously identified and could not be left without consulting the administration, and after a verbal altercation between them and members of Hizb ut Tahrir, they vacated the place after delaying the date of the live broadcast of the forum by half an hour.

We, in Hizb ut Tahrir / Wilayah of Tunisia, deplore the continuation of the regime in Tunisia and its cohorts to adopt the policy of former President Beji Caid Essebsi to restrict the activities of Hizb ut Tahrir by adopting degenerate methods reminiscent of the political police of the ousted President Ben Ali. We also affirm that such cheap methods will not deter Hizb ut Tahrir from continuing its activities to achieve its goal of establishing the Khilafah Rashida (rightly guided Caliphate) upon the method of Prophethood in which the aspirations of Muslims in Tunisia are fulfilled by applying the system of Islam upon Muslims in their Islamic lands, which will enable them to regain their sovereignty, security and wealth after the brutal colonialism that has decimated plowing and offspring and seized the wealth of the country and the livelihood of the people.