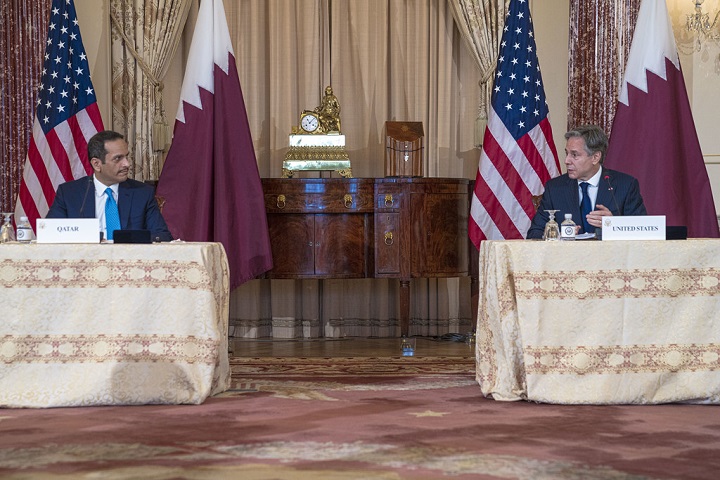 Washington and Doha sign an agreement to establish a US Interests Section by the Qatar Embassy in Afghanistan to provide a range of consular services and monitor the state of American diplomatic facilities in the country. This was announced by US Secretary of State Anthony Blinken at a press conference with Qatar Foreign Minister Mohammed bin Abdel Rahman Al Thani.

Earlier, such an agreement was reported by Reuters. The agency noted that the agreement could mean the possibility of direct interaction between Washington and Kabul after coming to power of the radical movement “Taliban” in Afghanistan and the flight from the country of members of the UN-recognized government two months ago. “As a patronizing force, Qatar will assist the United States in providing limited consular services to our citizens and in defending American interests in Afghanistan,” a State Department official told the agency on condition of anonymity. (Source: https://rus.azattyq.org/a/31559003.html)

Comment:
Having failed to take over Afghanistan by force of arms, the United States hopes to subordinate it to its interests through political cunning and diplomatic maneuvers. For this, traditionally, they employ their agents from among the ruling regimes of Muslim countries, for which serving America is the main purpose in life. And if the US actively involved Pakistan and Turkey in the occupation and cover for the retreat from Afghanistan, then Qatar was involved to bribe and seduce the leadership of the Taliban movement. Qatar, despite its regime’s preservation of loyalty to the British, after the Gulf War is the most important foothold used by the United States to control most of the territories of the Islamic Ummah.

Since 2002, the forward headquarters of the US Central Command has been deployed in Qatar, which is responsible for planning operations and commanding American troops in the regions of the Middle East, East Africa and Central Asia. It was from Qatar that the American invasion of Afghanistan and Iraq was controlled.