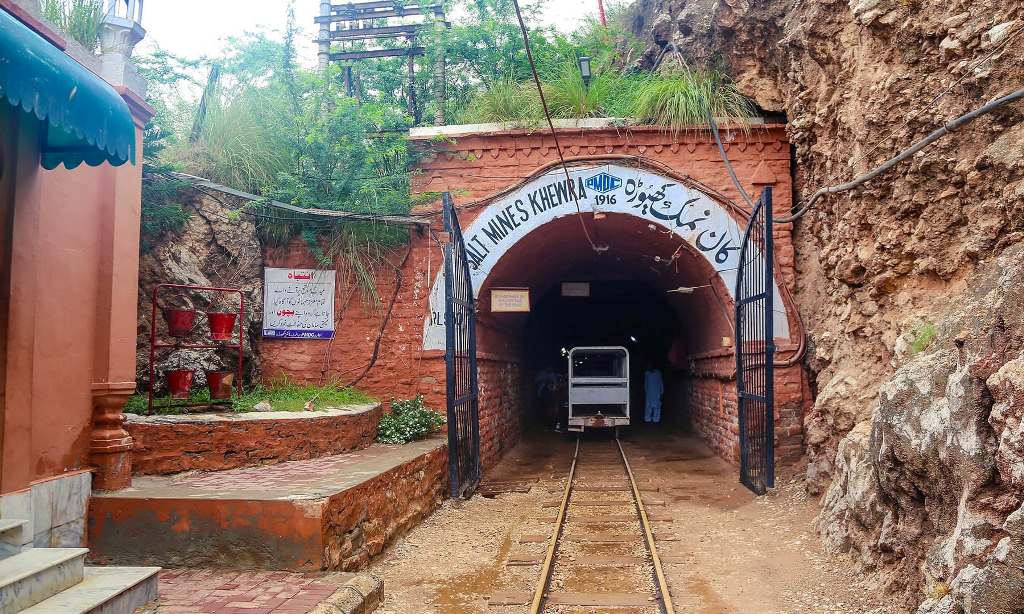 Just like the previous corrupt governments, the PTI government has deprived the Muslims of the full benefit of the great mineral and energy wealth of Pakistan, by both maintaining and furthering privatization of both sectors, as stipulated by the World Bank and IMF. Although under Capitalism, Pakistan has less global weight than states of lesser size and natural resources, in origin it has been blessed by Allah (swt) with substantial energy and mineral resources. Under the feet of the Muslims of Pakistan there are ninety-two known minerals, of which only fifty-two are currently being commercially utilized, including gold and uranium. The Khewra Mine is the world’s second largest salt mine. The Thar coalfield holds over 175 billion tons of coal, which is enough to produce 100,000 MW of electricity for at least 200 years. Reko Diq is one of world’s largest copper deposits with 2,200 million tons of mineable copper and the potential to produce 200,000 tons of copper and 250,000 ounces of gold each year, for at least 46 years with existing technology.

However, these blessings of Allah (swt) have been ruined by the PTI’s submission to the World Bank and IMF and its implementation of Capitalism. Capitalism insists on maximizing freedom of ownership, which opens the doors for the private ownership of abundant public resources, upon which the entire community fundamentally depends, such as energy and minerals. Globally, Capitalism’s privatisation of energy and minerals has concentrated the wealth of the world into the hands of a small elite, including the ruling dynasties of the Gulf and Central Asia.  In Pakistan, under capitalism, a select band of foreign and local private interests benefit immensely from energy and mineral resources, at the expense of the wider community.

It is because of Capitalist privatization of energy that the circular debt to the private companies of the power sector has now reached 2000 billion rupees. It is also because of the Capitalist policy of “promoting privatization” that private power companies charge consumers capacity charges, when they are not producing electricity at all at times of low demand; amounts which are now several hundred billion rupees annually. Through decades of privatization of the energy sector, private companies are continuously securing great profit, whilst local industry collapses and agriculture falters to achieve its full potential, unemployment rises and the backs of the people break with ever increasing utility bills. Capitalist privatization of minerals is also the reason why the World Bank arbitration court in July 2019 ordered the Pakistani government to pay damages of $5.8 billion to the foreign private company, Tethyan Copper, because it was allowed to survey Reko Diq for copper and gold, but then denied a mining lease to make way for local capitalists.

Truly, our plight under Capitalism is that of starvation amidst plenty. Moreover, the entire world is breaking under the burden of Capitalism. The Capitalist economic system ultimately destroys economies through elite plunder, concentrating most of the wealth in the hands of a small fraction of the population. As the COVID-19 crisis demonstrated, Western economies are on the brink of collapse; the only way they are surviving is through exploitation of the resources of the rest of the world, assisted by tools like the IMF. The implementation of Capitalist economics in the lands of Muslims is not to benefit us, but to benefit Western colonialists, through concepts such as freedom of ownership, privatization of energy and minerals, foreign direct investment to own our resources and free capital flow to return profits back to the Western economies, with as little loss as possible.

Not only is the privatization of energy and minerals oppression upon the community, it contradicts the blessed Sunnah of RasulAllah ﷺ and is a sin punishable by Allah (swt). RasulAllah ﷺ said, «الْمُسْلِمُونَ شُرَكَاءُ فِي ثَلَاثٍ الْمَاءِ وَالْكَلَإِ وَالنَّارِ» “Muslims are partners in three things water, pastures and fire.” [Ahmed]. And ‘Amru b. Qays narrated, «اسْتَقْطَعْتُ رَسُولَ اللهِ صلى الله عليه وسلم مَعْدِنَ المِلْحِ بِمَأْرِبَ فَأَقْطَعَنِيهُ فَقِيلَ يَا رَسُولَ اللهِ إِنَّهُ بِمَنْزِلَةِ الْمَاءِ الْعَدِّ يعني أنه لا ينقطع فَقَالَ رَسُولُ اللهِ صلى الله عليه وسلم فَلاَ إِذَنْ» “I asked the Messenger of Allah to grant me a salt laden land and so he granted it to me. It was said O Messenger of Allah, it is comparable to a countless water – in other words it does not deplete – and so the Messenger of Allah ﷺ said, «فَلاَ إِذَنْ» “In which case, no”” (reported by Al-Nasa’i). The intention here is not the salt in itself, but due to it being a vast mineral resource, because RasulAllah ﷺ granted it when he ﷺ knew it was salt, but revoked the grant when he ﷺ came to know it was an abundant resource.

So let us work to restore the Sunnah of RasulAllah ﷺ by re-establishing the Khilafah (Caliphate) on the Method of Prophethood. Let us wipe our hands clean of the oppressive Capitalism and strive to apply the system of the Lord of all Creation ﷺ, so that the blessings of the heavens and the earth are opened for us.