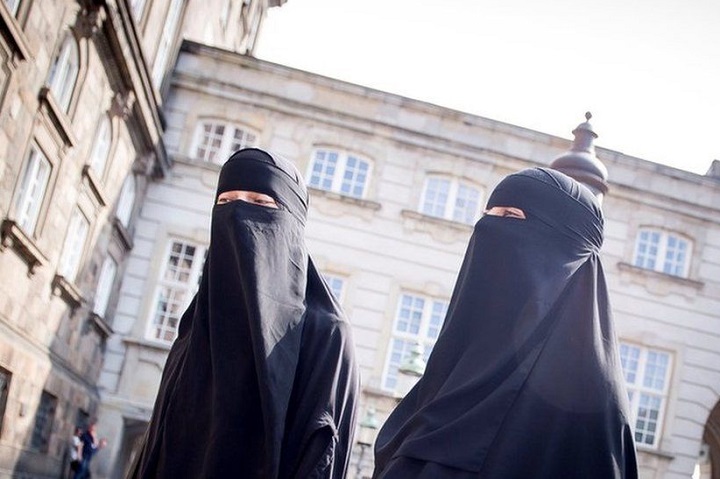 On the 25th of August, a Commission appointed by the Danish government recommended a ban on girls wearing Hijab in primary schools across the country. The ban, which is based on the prejudicial and unevidenced premise that young Muslim girls are forced by their families to wear the Hijab, would apply at public, private and free elementary schools. The Commission argued that wearing the Hijab marks Muslim girls as being different from other Danish girls, even though there is no uniform policy in public schools in Denmark and students are allowed to dress how they wish. The Commission also recommended tightening control over Muslim independent schools and stated that groups at preschools should “reflect the population” and that there should be courses on Danish ways of raising children for “selected” minority ethnic parents. The Commission’s proclaimed objectives are to make recommendations on: “how we in Denmark can ensure that women in minority backgrounds can enjoy the same rights and freedoms as other Danish women,” which is laughable considering its attempt to prevent Muslim women from raising their children according to their religious beliefs.

Comment:
This proposal is just the latest addition to the raft of Islamophobic and racist aggressive assimilation policies implemented in Denmark that have directly targeted and marginalized Muslims and other minorities. For example, the country’s “Ghetto Law” segregates migrants into ‘westerners’ and ‘non-westerners’ and has led to forced eviction of Muslim immigrant and other minority families. Islamophobic discourses and hate speech against Muslims by Danish politicians and political parties have become normalised and mainstream, and is ratcheted up during election times to gain the support of the growing xenophobic sector of the public. No doubt, the upcoming Danish general elections, and the trailing of Denmark’s Social Democrat government and its support parties in the polls, has a part to play in this latest Islamophobic hijab ban proposal. Nour Olwan, Chief Media Officer for the organisation, Euro-Med Human Rights Monitor, stated: “We see a growing and dangerous trend in Denmark and across Europe that whenever elections are imminent, Muslim and ethnic minorities become a punchbag, a scapegoat or an easy prey for political groups to garner popular support.”

Supporters of the hijab ban in schools, claim spuriously that the Islamic dress is a form of social control of young girls. However, in truth, it is the prevention of Muslim girls from dressing according to their religious beliefs which is the manifestation of totalitarian social control, and simply fuels the demonisation of Islam and the stigmatisation, social exclusion, discrimination and hostility that Muslim women face within society. According to the European Commission, research has found that wearing the Hijab can be a barrier to employment for women in Denmark. And a 2020 Stanford University study found that bans on Hijab in public schools in France, hindered Muslim girls from completing their secondary education and their trajectory in the labour market.

All this once again emphasizes the unpredictable and dangerous nature of secular politics and the secular system overall, where racism and political attacks on minorities is viewed as an acceptable tool to win elections, and where the rights of religious communities can be discarded at a whim based on the prejudices and political ambitions of those who rule, as demonstrated by hijab and niqab bans implemented in other European secular states such as France, Belgium, and the Netherlands. It illustrates how there is a fine line between secular rule and fascism, where those whose values are viewed as ‘foreign’ to the majority population are treated as second-class citizens and social pariahs, and forced to adopt secular beliefs and lifestyles through the iron fist of the law. It should be a reminder to Muslims living under any secular or man-made system, that their rights and Islamic beliefs will never be protected or secure within such a state.

It is clear to see that the secular system is unable to maintain harmony between all communities and ensure those of all religious faiths feel respected and protected. Any system that struggles to accommodate the deeply held religious sensitivities of its citizens or force-feeds its ideological viewpoint to those who hold a different belief, or where the rights of religious minorities can be discarded based upon whoever is in power, is surely not a sound or stable model of governance.

Hijab bans at schools are just part of the raft of policies being implemented by secular governments in the West to de-Islamicise Muslim youth. Such bans send a message to Muslim girls that they should not have the right to identify with their Islamic roots at school, and that Muslim parents should not have the right to build Islamic beliefs and practices in their children from a young age. As Muslims living in the West, it is vital that we continue to strongly voice our opposition to and stand against any attempts to dilute our Islamic identity or distance our youth and our community from our Islamic beliefs. We also need to build within our children a deep understanding, appreciation and pride of their Deen so that they will hold onto their Islamic obligations with confidence and defend them with hikma and strength of argument. And we also need to present Islam to the wider non-Muslim society as an alternative system to secularism that can organise the affairs of mankind in a just and harmonious manner. One example is how the Islamic ruling system guarantees its religious minorities the right to practice their religious beliefs under the full protection of the law and does not tolerate the demonization of their faith or harm of their religious rights. This is the result of a system that is defined by the All-Knowing and All-Just Creator, Allah (swt) rather than the fickle and prejudiced minds of human beings. Allah (swt) says,

“Verily, those who say, ‘Our Rabb(Lord) is (only) Allah and thereafter stand firm and straight (on the Islamic belief) on them shall be no fear nor shall they grieve. Such shall be the dwellers of Jannah(paradise), abiding therein (forever), a reward for what they used to do.” [TMQ Al-Ahqaf: 13-14].