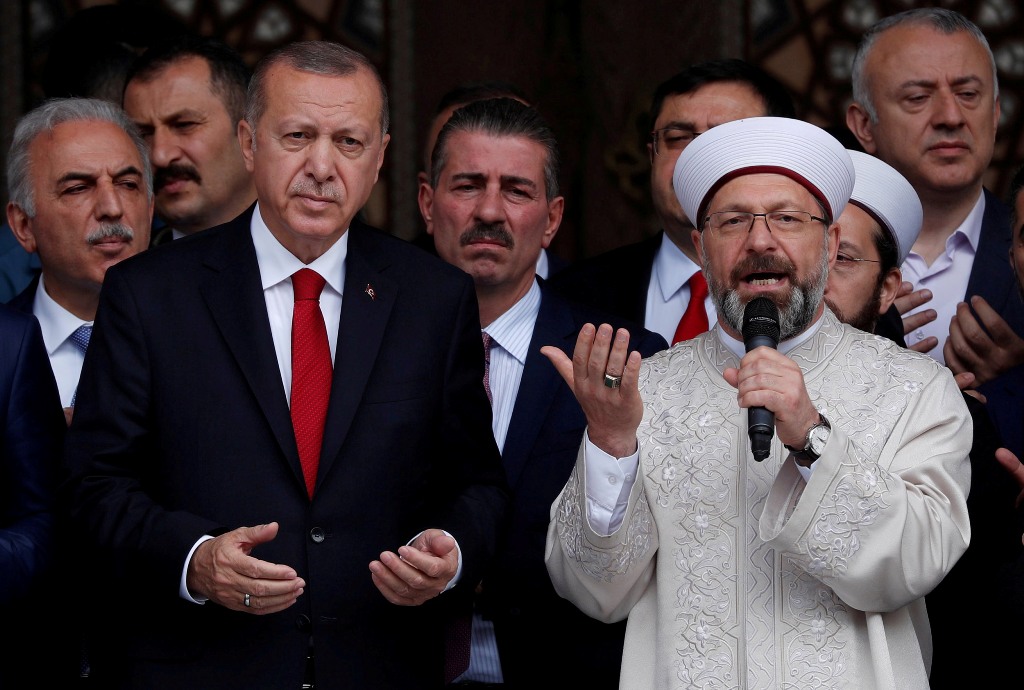 On Monday, June 29, President Erdogan made a statement in which he addressed homosexuals, lesbian, gay, bisexual, and transgender (LGBT) groups, and said: “One of them attacks insidiously our religious and moral values. Their goal is to poison the brains of the youth and those who support such anomalous currents in our view are partners of the same deviation. I call on our people from here to take a stand from those who support this kind of deviations that our Lord forbade us from.”

When looking at this statement, it appears that the President of the Republic Erdogan has forgotten his executive position and transferred responsibility to the people! Additionally, recent political history is a testimony to the ruling state and authority that allowed all taboos, corruption and perversions and opened the way for all perverted ideas that lead to stripping societal values, weakening their ties and tearing apart its unity! It was President Erdogan who referred to those who perverted at the gates of elections with the logic of “one vote means one vote” and fawned Western countries to gain their support, and while saying: “There must be legal guarantee of homosexual rights within the framework of their rights and freedoms”! And the march for pride organized by the people of sexual deviation every year took place only during the rule of the Justice and Development Party (AKP). And the Istanbul Convention, which defends the right of all sexual orientations and protects all these trends, was signed in 2011 during the administration of the AKP government! And who appointed the president of the university examinations admission committee, who included a topic praising a perverted homosexual, it was no one but the president of the republic! If it is necessary to take a stand against homosexuals and their organizations; then it is obligatory that the ruling party and Erdogan do so, as they are at the helm of the executive branch through which the enactment and implementation of laws take place.

O Rulers: How do you expect the people to take a stand against these deviations while you are protecting them legally?! What foolishness is this, and what contradiction is this? The state is the one that enacts laws in order to protect its people from evil actions and bad deeds, and it punishes those who violate these laws, ensuring the societal system, and puts an end to everything that harms the society, and in this way, it protects its people from any deviant thoughts and behaviours. Hence, protecting the people from bad deeds and evil actions is the primary function of the state, so how can it be explained to the people: “Please protect yourself from bad deeds” without the state doing anything?! If the state is unable to protect its people, how can the people protect themselves from committing bad deeds?!

As for you, President of the Republic: If you believe that homosexuality, delinquency and obscenity are incompatible with the values of the society, then the one who should take the first position against it is the state, so you should take the initiative before it is too late. All gay associations must be closed down and their activities stopped. You should prevent the call to homosexuality, praise, support, acquittal and its legitimacy as the head of state, and account anyone who does any of that with severe punishment. You must repeal all laws guaranteeing homosexual protection, first of which is the Istanbul Convention and disassemble it. Only then can you say: “We have done what we can, and now it’s your turn!” However, asking the people to take a stand before that, is hypocrisy in itself, and it lacks honesty and sincerity!

In conclusion, we say to you, O Muslims: The origin of the evil actions and all bad deeds is this disbelieving, secular, democratic system and evil will continue to spread within a society like an epidemic as long as this system exists!