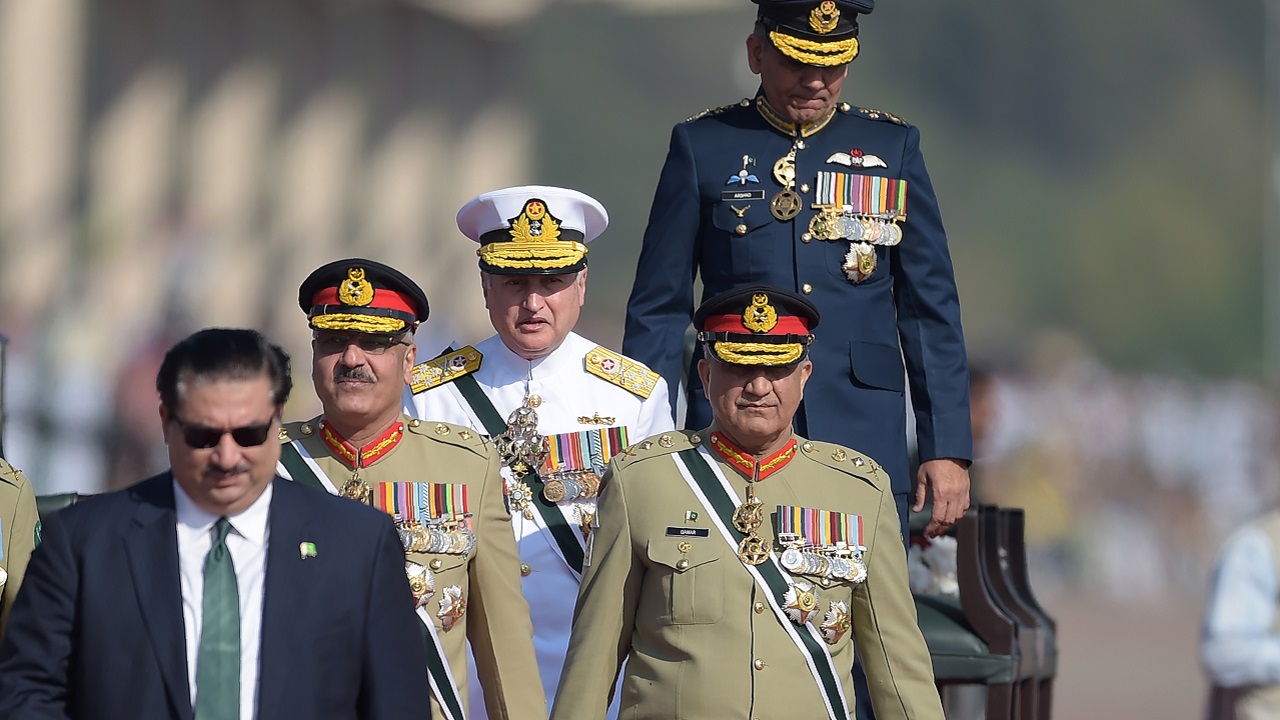 The Islamabad High court judge Shaukat Aziz Siddiquie has accused Pakistan military of meddling in Pakistan’s polity directly and indirectly to ensure its supremacy. In his speech, Justice Siddiqi pointed to the involvement of intelligence agencies of the country in judicial matters. (Dawn)

Comment:
In its 70 years’ history, Pakistan has alternated between democracy and pure military rule, but now it is under threat from what some say appears to be a ‘’democratic coup’’ of sorts. History has taught prime ministers to choose the army chief very carefully as that very chief has the power to send them to jail or even get them killed.

Military involvement in judiciary and politics has left us with examples like Zulfikar Ali Bhutto. The irony is that after totally controlling the fate of the country in all aspects, the Army demands sympathy for working in the areas where it was not supposed to. The military has moved from supervising elections to designing them and if something goes wrong with the design they break it and reconstruct it, according to its benefit.

Corruption is a major reason of the current condition of Pakistan. We have seen our politicians getting richer with time and we have witnessed cases against them but never have our eyes seen a serving or retired general facing a case of corruption.

Still we see the riches they possess. The last two Army chiefs, Gen Pervez Musharraf and Gen Raheel Sharif, both are smoothly settled in foreign lands after retirement. Surprising is the fact that after turning this land in heaven they sacrifice living here and choose to be exiled. No judiciary can dare question them.

On the other hand in the autumn of 638 (17 AH) Umar the Caliph came to know of the poet Ash’as reciting a poem in praise of Khaled bin Walid and receiving a gift of 10,000 dirhams from him. Umar said if he had paid from his own pocket then he is guilty of extravagance, if from the spoils, this was defalcation, and ordered his dismissal.

If a general like Khalid, who had rendered military services to the new Muslim State as no other had done, could be questioned, why can’t we question the generals of today where their loyalties lie and what are the greater interests for which Muslims of Pakistan have been suffering from last 70 years?

People of Pakistan need to understand the “carrot and stick” policy applied on them. Democracy is not the solution to their problems nor will the army coup protect them from being used and abused. It is only a pious Caliph following in the footsteps of our holy Prophet who is deputized by the Ummah with authority for the enactment of the divine law can play the role of a shield for them. Choosing any of these contestants, either favoured or not by the Military, is not going to be fruitful and the justice that is being delivered right now is not for looting the resources of the country but for outdoing the corrupt generals. It’s a war of dominance between the institutions, hyenas fighting for the bigger share.

Under the Khilafah all institutions will work within their boundaries for the betterment of the community and will be under the strict observation of the Khaleefah. Role of the judiciary will be settling of disputes arising between people and members of the ruling apparatus, rulers and employees, including the Khaleefah and those of lesser rank. The military will be busy doing what it is supposed to do, Jihad, and with the understanding that it is to please Allah Almighty, not to have feathers in their caps. In the Islamic System the power of generals and the authority of judges is not to raise them in rank and to complement their intellect and capabilities, instead it makes them responsible and they feel the burden of the task and become humble and grounded.