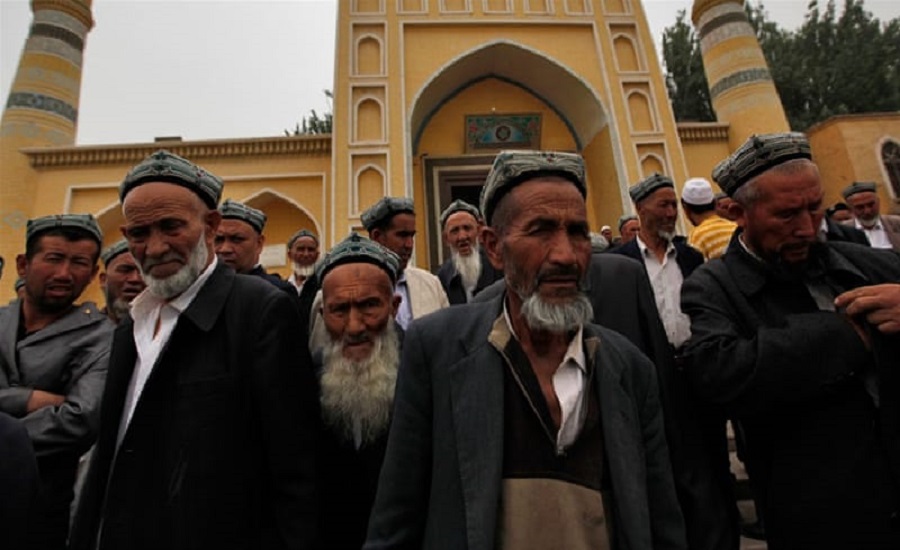 It is estimated that approximately 1 million ethnic Muslim Uighur are reportedly are forced into concentration camps in China as estimated by the United Nations (UN). The report also mentioned that there are detainees who were tortured to death. Some international media also reported that the prisoners were forced to eat and drink forbidden substances. After a long denial, the Chinese government finally admits to the existence of camps and justified that these camps were established to ‘re-educate’ the Muslim Uighurs. The issue on the Muslim Uighurs resurfaced after their plight was heard by the Malaysian Prime Minister, Tun Mahathir Mohamad recently, when he decided to free 11 Muslim Uighurs detained in Malaysia and refused to meet the demands of extradition by China. This act saved the lives of these Muslim brothers. But what of the plight of other Muslim Uighur facing the systematic oppression by the China regime in Xinjiang that has been going on for decades?

The autonomous region of Xinjiang is located in Northwest China with an area of 1.6 million square kilometres and a population of 21 million people where 46% of them are Uighur Muslims. Oppression and discrimination against Muslims have been going on in the area for a very long time without getting much media coverage. Based on the geopolitical nuance and the high Muslim population, China is very concerned with the situation in Xinjiang. China is very well aware that the Islamic sentiment in Xinjiang is still intact although the area had been gripped by communism for many decades. In fact, based on the various occurrences in Xinjiang over the years, the Muslims in the region enthusiastically desire the return of Islamic rule thereby causing the Chinese rulers to increase pressure on them.  But Islam is entrenched deep in the hearts of the Uighurs. With the added reality that in recent years, the growth of Islamic awareness in Central Asia, the region has become an area of concern for nations surrounding the area. Robert D. Kaplan describes Central Asia as “…in Central Asia, in this part of the world, Islam is the largest attraction due to the support of those who were oppressed…”  Besides deterring the growth of Islam in Xinjiang, China’s policy of tightening their grip on the region lies on the fact that it also holds significant importance for China. Xinjiang is one of the regional buffers for China with strategic military importance besides being rich in natural resources. In addition, China’s recent ‘One Belt One Road’ initiative puts Xinjiang right smack in the middle of the effort.

For the Ummah, the issue of Muslims in Xinjiang is similar to the issue of Muslims in Palestine, Southern Thailand, Kashmir, Arakan and Southern Philippines. These are areas where Muslim lands are directly colonized by the kuffar and recognized by the UN! In Islam, these regions are Muslim lands that need to be liberated. Unfortunately, today, not a single Muslim country has moved to liberate these colonized lands despite all the pleas! Muslim leaders satisfy themselves to diplomatic talks which never bring about any viable solution. And the Muslims in these colonized lands continue to be mistreated, tortured and killed.  This problem exist solely due to the fact that the Muslim world is broken up by false national borders where each Muslim nation exist as independent states not bound by the shahadah.  Muslims must begin to realize the potential of the Ummah – that the human and natural resources of the Muslim lands go beyond the capacity of any superpower that exist on this earth today! The consolidation of this potential can only be achieved with unity – the consolidation of the spiritual and political aspect of Islam under the umbrella of the Islamic State – the Khilafah (Caliphate). The unity of Muslims under the Khilafah will significantly tip the balance of power in this world. Muslims will be free of Western hegemony and the kuffar will never dare to even touch the Muslims that happen to live under their influence. These colonized Muslim lands will then be freed by the Khilafah. Islam will be spread by da’wah and jihad and the world will finally taste the justice and stability of Islamic rule. Dear Muslims, the problem of the Xinjiang Muslims is our problem and it is our responsibility to solve it by establishing the political power that will free our brothers and sisters and spread the blessing of Islam to all corners of the world.