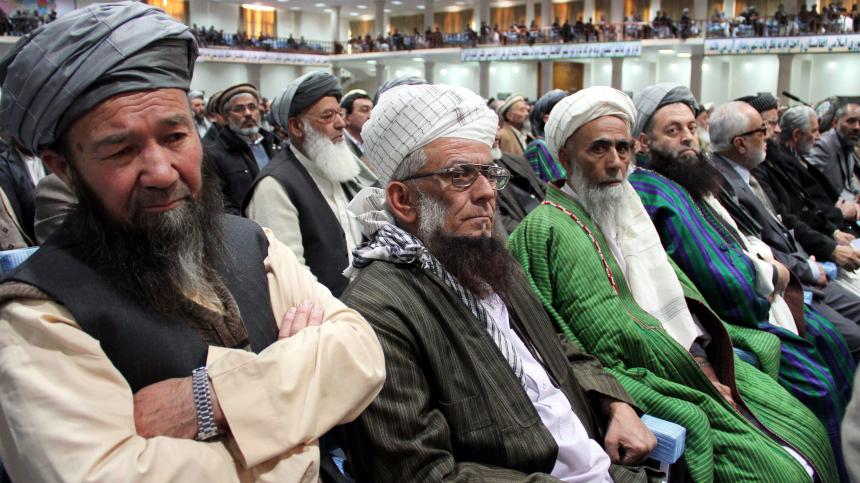 During the first Bonn Conference in 2001, where four major Afghan parties were invited to shape the political future of Afghanistan, two main political fronts, i.e. the Hizb e Islami of Afghanistan and the Taliban Movement, were secluded from the event by the US. Such a scenario had explicitly meant to provoke a potentially robust war within Afghanistan. Though some of the Taliban leaders were calling for peace, both during the US initial raids and after, their calls were completely rejected. It was mainly due to their extreme measures against Islam and any Muslim, under the guise of war on terrorism. In other words, there was only death and/or imprisonment in Bagram and Guantanamo awaiting any Muslim struggling against the occupation in Afghanistan. Subsequently, the Taliban were leading an extremely troublesome life and bearing loads of pressures as their leadership had only got one option and that was to save their lives.

This attitude of the US, by 2005-2007, resulted in a strong wave of the Taliban attacks against their forces. As a result, the US and her Afghan puppet government – besides their military actions – were forced to go for the programs such as, the Commission for Consolidation of Peace, holding Jirga (assembly) for Regional Security, establishment of the High Peace Council and other similar processes that were designed to encourage the Taliban to lay down their arms and acknowledge peace. Though, none of the above measures made any tangible progress, and therefore, not only did the scope of fighting witness a major increase, but it also encouraged the fighting spirit of Afghans against Americans.

In an environment as tough as this, the peace talks offered by the US reached a momentum that also gained the interest of the Taliban. So, in full cooperation of the US, a political representative office for the Taliban was established in 2013 in Doha, Qatar in order to provide a specific address to the most complex militant group of the current era.

Historical records have constantly shown the fact that the success of militant groups had always been in their pursuit of the war, not the politics. Therefore, whenever such groups have ever happened to accept the offer of the rival forces, they have lost all of their hard-won battlefield gains on the negotiating table, and have surrendered to the values they have always fought against. We have bitterly witnessed this sad reality with the Hizb e Islami of Hikmatyar as they surrendered all their 18 years of hard-won battlefield gains to democratic values and the Afghan puppet government on the negotiating table. Thus following this success, the US introduced Zalmay Khalilzad as her special representative for Afghanistan reconciliation, who – alongside the Taliban representatives – after 8 round of direct talks optimistically claim to have made progress, and are close to a peace deal.

In fact, the goal of the American peace process is nothing more than a political conspiracy that aims at fragmenting, weakening and surrendering of the Taliban Movement. This, in one hand, will paint the American defeat, its longest war of the history, in Afghanistan as a victory to its nation and will also help the current US administration in the 2020 re-elections. Meanwhile, they continue to keep their grip on Afghanistan as a geo-strategic location to extend its sphere of influence against China, Russia, Pakistan and Iran in the long run.

In addition, the Western and American policies against Afghanistan have never changed because Afghanistan is not only important for the infidel invaders due to its geo-strategic location, but also for its untapped mineral resources and opium production. That is why the US officials have repeatedly been declaring the existence of a robust US intelligence in Afghanistan, even if all of their troops withdraw.

However, what is more saddening is the fact that the Islamist militant groups stop fighting against the occupation and open the chapter of negotiation with their rivals, right at the moment, as the cracking sound of the invaders’ bones has surrounded everywhere. And instead they impatiently walk on the fronts in which they have no prior experience. While the US is actively seeking to obtain services of regional intelligence agencies, especially from Imran Khan’s government concerning the US-Taliban peace talks as it had sought full cooperation of Musharraf’s government in eradicating the Taliban Emirate in 2001. What they offer in return to Pakistan is to installing the barbed-wire fences along the Durand Line, merging the Tribal Areas with the Federal Government of Pakistan, and adding the Balochistan Liberation Army into the US terrorist list. On the contrary, India has audaciously appeared to capture Kashmir.

Moreover, as part of the deal, the Taliban will guarantee that their controlled-territories will not be used against the US and her allies. This will happen in return to accepting Russia and China as the guarantor of both sides, while in fact both countries are actively in war against Islam and Muslims. These will be considered as major ideological mistakes that the Taliban Movement will be held responsible for its evil consequences both in this life and the hereafter. It is because the Taliban Movement would have abandoned their Jihad against the US, Russia and China, and in return would have turned their barrels against other Islamist militant groups in the areas under their control.

Additionally, the US has cunningly detached the deal with the Taliban from the intra-Afghan dialogues. This will not only cause a severe conflict between the Taliban and other Afghan factions, but will also provide the US the opportunity to abandon the US-Taliban peace deal and continue to its occupation of Afghanistan once they have divided and weakened the Taliban.

Therefore, any form of the American presence in Afghanistan is similar to a cancerous tumor that needs to be extracted. This will be unequivocally possible only if the sincere Mujahidin of the Ummah continue their fight against the invaders, while the Ummah’s intellectual and political activists establish the Khilafah Rashida (the Righteous Caliphate) through seeking Nusrah in one of the Muslim lands. Only then an entire army of Khilafah will join the Afghan Sincere Mujahidin leading to not only defeat the invaders of Afghanistan but also other Muslim lands.