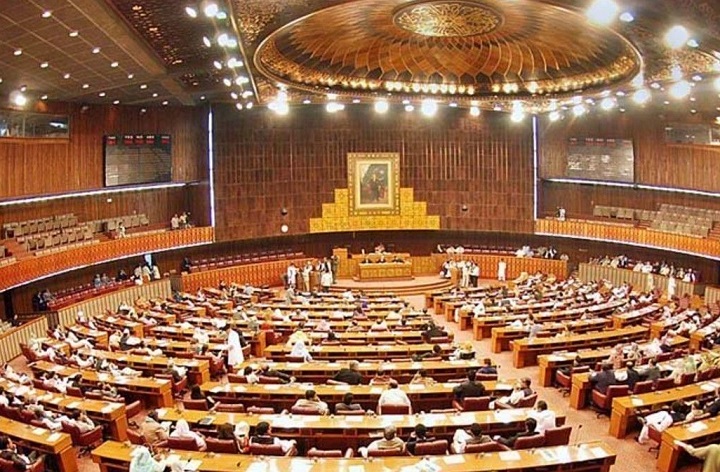 Whether it is the passage of the SBP Amendment Bill, the IMF-dictated mini-budget, FATF-driven legislation or the law granting the right of appeal to Kulbhushan Jadhav, it is now clear that all democratic leaderships, whether in ruling or in the opposition, are on the same page with respect to fulfilling the demands of global colonialism. Despite differences over civilian and military supremacy, the PTI, PPP and PML-N all submit to the demands of the colonialist world order, ensuring that Pakistan remains exploited by foreign powers. So, O People of Power and Strength, how long will you allow this abysmal slavery to last? Is it not time to turn to Hizb ut Tahrir, with its project for the Khilafah (Caliphate) on the Method of Prophethood, to escape the current trap?

Is there any political party other than Hizb ut Tahrir, that can end slavery to the Western colonialist order? Hizb ut Tahrir alone is currently calling for the liberation of Muslims from the shackles of the division on the basis of the nation-state. It alone is calling for the unifying of Pakistan, Afghanistan, Central Asia, the Middle East and the rest of the Muslim World, as one Khilafah State. Is there any political party other than Hizb ut Tahrir, that offers a complete practical plan to free us from the shackles of the dollar-dominated global economic system, liberating us from the clutches of the IMF by issuing gold and silver based currency? Who asides from Hizb ut Tahrir, calls for the mobilization of the Ummah’s troops for the liberation of Occupied Kashmir and Al-Masjid al-Aqsa, under a Khaleefah Rashid, overturning the plots of the kuffar? It will be the Khilafah alone that will punish Kulbhushan Jadhav and his associates, who are spreading the fire of sedition in Baluchistan and other areas, whilst democratic parties have all surrendered to the colonialist international courts. It is the Khilafah alone that will rid us of the colonialist-era kufr judiciary that has made the lives of the people miserable, whilst all the democratic parties are fully committed to the law of the British Raj, with minor amendments. O People of Power and Strength, who says we have run out of of options? How, when the Khilafah and Hizb ut Tahrir are the clear path for liberation from colonialism? So will we not at least consider?!

“We are a people whom Allah has honored through Islam. Whenever we seek honor from other than Islam, Allah humiliates us.”

Ever since the abolition of the Khilafah on 28 Rajab 1342 Hijri, 3 March 1924 CE, the Western-influenced political class seeks respect from the colonialist’s international order, judicial laws, economic conditions and ruling formations. It is this submission to the colonialist laws and regulations that has ensured we have become more and more enslaved, decade upon decade. After over a hijri century of darkness, misery and humiliation, it is high time to uproot the system of kufr. O armed forces of Pakistan, it is the laws and policies of the current system that ensures we are easy prey for kufr colonialism. Come forwards and extend your Nussrah to Hizb ut Tahrir for the re-establishment of the Khilafah (Caliphate) on the Method of Prophethood, which will break the chains of slavery to the Western colonialist. Allah (swt) said,

“That day, the believers will rejoice with the victory of Allah; He gives victory to whom He wills, the Mighty, the Merciful.”
[TMQ Surah Ar-Rum 30: 4-5].