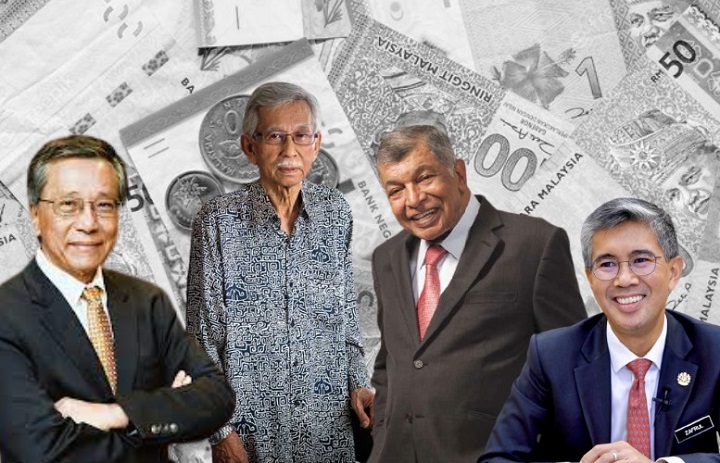 The discovery of the Panama Papers shocked the world about five years ago. Today, the world is again shaken by the Pandora Papers investigation which involved 600 journalists from 150 media organizations in 117 countries. The investigation was based on 11.9 million leaked confidential documents involving 2.9 terabytes of data, from 14 financial services companies worldwide. The investigation revealed that in Malaysia, 12 individuals, including four politicians are involved in secretive offshore financial deals. Among the Malaysian leaders listed are the Finance Minister, Tengku Zafrul Zainal Abidin, Deputy Finance Minister II, Yamani Hafez Musa, UMNO President Ahmad Zahid Hamidi, and the former Finance Minister, Tun Daim Zainuddin.

Comment:
The Pandora Papers have truly revealed the true faces and nature of rulers and politicians around the world, be it the Western world, the Eastern world or even the Muslim world. They make laws and impose taxes on the people, but at the same time, they evade paying millions in taxes.

The Pandora Papers reveal the greed of rulers, politicians and capitalists everywhere; they monopolize state properties and hoard them for their personal or family interests. They accumulated wealth due to their position, power and influence. If these evil acts are committed in the West by the kuffar, it is easy to understand – they don’t believe in Allah and for them, the purpose of life is to simply seek as much worldly pleasures as possible. Ironically, worse things happen in the Islamic world. These corrupt Muslim rulers, politicians and capitalists are not that ignorant to understand that stealing and robbing the rights of the people is haram; that corruption, misappropriation and abuse of power is haram; that betrayal and tyranny is haram; yet, they have the audacity to brush off the prohibitions. They dedicate their lives to wealth, power and pleasure, instead of serving Allah (swt).

The capitalist-democratic system that dominates our lives today has completely destroyed decent human life. The rich will always be at the top and the penniless will always be at the bottom. In the name of the system that “comes from the people, by the people, for the people”, the hard ironical truth is that it is the people who will always be oppressed and fooled. It is the rich and powerful elites who are in control of everything from governance, law, economy, national wealth and even the thoughts of the people. No one is allowed to oppose the democratic system and anyone who dares to oppose it will be quickly branded as extremists and terrorists.

In Islam, anyone, let alone the rulers, who has usurped the rights of the people and the wealth of the country, has committed haram. When they hoard up what they have seized, in reality, they are hoarding more sins! Hoarding of wealth is a great sin and the recompense is hell, as Allah (swt) has said:

“And those who amass gold and silver and do not spend it in the Way of Allah. Announce to them the tidings of a painful chastisement . On a Day when they shall be heated up in the Fire of Hell, and their foreheads and their sides and their backs shall be branded with it, (and they shall be told): ‘This is the treasure which you hoarded for yourselves. Taste, then, the punishment for what you have hoarded.’” [TMQ at-Taubah (9): 34-35].

Surely, this world must return to a system that is revealed by the Creator of the universe and led by faithful and pious leaders. Humankind in general, and Muslims in particular, must return to a system where hoarding of wealth is succinctly declared as haram and people will pay zakat to cleanse themselves so that they are always motivated to spend their wealth in the way of Allah (swt). Humans need a system whose rulers will not consume food if they know their subjects do not have food to eat. Mankind needs a system that had been applied by the Prophet (saw) and the Khulafa’ ar-Rashideen (righty guided caliphs). Man needs a system created by the Creator of man and He is pleased by it. This is the Islamic system – the Khilafah (Caliphate) system – a system that is necessary and obligatory upon humankind; a system that will bring prosperity not only in this world, but also in the hereafter for those who believe in the day of meeting with their Lord, Allah (‘Azza wa Jalla). This is the only solution for mankind – the only rightful system to replace the corrupt system we have today.