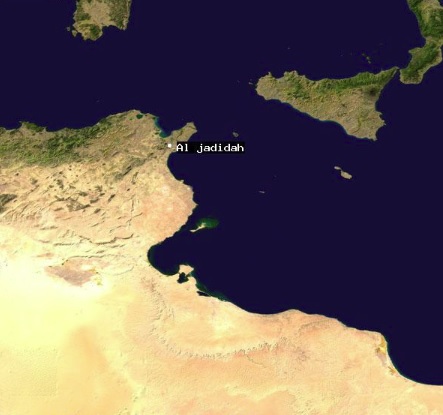 On Sunday, 25 Ramadan 1439 AH corresponding to 10/6/2018, Hizb ut Tahrir/ Wilayah Tunisia held a Ramadhan evening ceremony on the occasion of the opening of its new office in Al-Jadidah city. It was attended by a number of the party’s members and residents in the area.

The evening discussion commenced by the speech of Ustadh Habib Al-Madaini, member of the Central Communications Committee of Hizb ut Tahrir in the Wilayah of Tunisia, who is one of the first Dawah carriers in Tunisia. In his speech he congratulated the members and reminded them of the greatness of carrying the call and the value of constant communication with the people to walk with them and lead them to the Ummah’s project and establishing its glorious state.

The event was also attended by Eng. Muhammad Ali Bin Hussein, member of the Administrative Committee of Hizb ut Tahrir in Wilayah of Tunisia, who also congratulated the opening of the office and praised the role of the members who oversaw its opening. He also sent messages to the people that this office will serve as a permanent point of contact to discuss issues related to the area due to its uniqueness, diversity and wealth. He called them to join hands with the party to confront colonialism and stop the failure in order protect the country’s security and wealth, on the same note he also called Chahed’s government to resign in order to save face if it cannot protect the interests of the people of the country as obliged by Islam, in front of the greed and hegemony of colonialism.

For his part, Al-Jadidah’s local member Ustadh Ahmad Bin Hussein praised the role of the people in the unifying around the party culminating in the opening of the office, challenging the obstacles by the authority and its attempts to disrupt the activities of the party.

The event also included a festive atmosphere with songs, nasheeds and poems in a distinctive Ramadhan atmosphere.