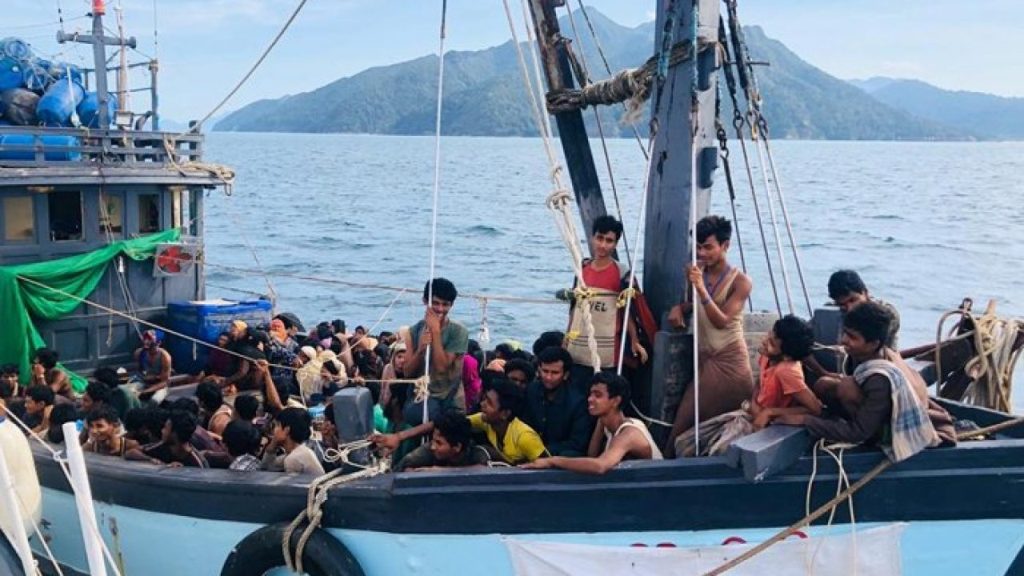 Somewhere in turquoise waters, perhaps where the Bay of Bengal meets the Andaman Sea, wooden boats filled with Rohingya refugees are listing, adrift now for more than 10 weeks. They were prevented from docking in Malaysia, their preferred destination, and Bangladesh, their port of origin. As of this week, rights groups that had been trying to track the boats by satellite lost sight of them. Each boat — there were at least three — carried hundreds of Rohingya Muslims desperate for sanctuary and at the mercy of human traffickers (New York Times, May 1, 2020).

Even though Hasina government has started giving shelters to some of those stranded Rohingya Muslims due to the fear of popular discontent, but the key question still remains: will putting pressure for giving them shelters bring end to their sufferings? Does this exempt us from our duty towards these helpless factions of our beloved Ummah? Certainly, to choose to live inside the degrading and inhumane Rohingya camps in Bangladesh is lesser of the two evils for those helpless. It will be great wrong to them if we do not work to bring permanent end to their crisis. As our beloved Prophet ﷺ said, «الْمُسْلِمُ أَخُو الْمُسْلِمِ لَا يَظْلِمُهُ وَلَا يُسْلِمُهُ» “The Muslim is a brother to another Muslim. He does not wrong him, nor surrender him” (Bukhari).

So, the only way to safeguard them now is to remove the main root of the oppression, that is, the artificial nation-state borders along with the tyrannical rulers imposed upon us by the colonial West. These rulers exist to keep us divided based on race and arbitrary borders so that the feeling of “One Ummah” can be smothered. We cannot expect any honor from these tyrants for our brethren. Naturally, they will be portrayed as external threats to our resources and supplies and treated like animals in those squalid and inhumane camps. So, let us reject all the nationalistic ideas of the Kafir West and their puppet rulers that divide us. Let’s continue our struggle to re-establish the promised second Khilafah (Caliphate) on the method of Prophethood which will reunite Muslims of all the divided lands as one Ummah, protect the weak and oppressed, and lead the entire Ummah to her forgotten honor and glory. The righteous Khalifah (Caliph) – the shield of the Ummah – will not only ensure noble life for the Rohingya Muslims here in Bangladesh or any part of the lands that they desire to stay under the Khilafah, rather he will open up the land of Myanmar as well for them by bringing the murderous Buddhist regime to their knees by His (swt) permission. «وَإِنَّمَا الْإِمَامُ جُنَّةٌ يُقَاتَلُ مِنْ وَرَائِهِ وَيُتَّقَى بِهِ» “Indeed, the Imam (Khaleefah) is a shield, from behind whom you fight and by whom you are protected.” (Muslim).