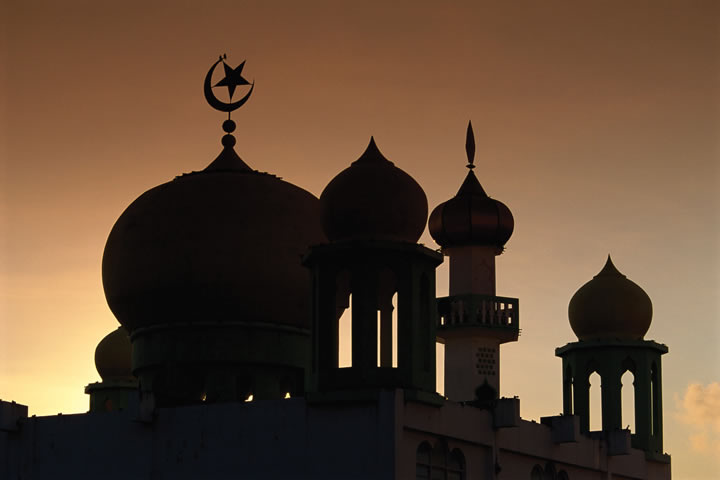 The Muslim Ummah has become well aware that the resumption of the Islamic way of life through the re-establishment of the Khilafah (Caliphate) is the most vital issue facing them today since it is the Khilafah that will establish the prayer, unify the Islamic lands, and implement the Shari’ah on earth. Throughout the entire world, the Ummah is calling and yearning for its return so that the light of Islam that guided the world in the darkest of ages returns to enlighten humanity once again.

However, what must be realized is that the responsibilities of the work to re-establish the Khilafah rests on the shoulders of all the Muslims. No Muslim on the face of this earth has an excuse to abandon the duty of establishing the Deen which Allah (swt) has ordered, that is, the establishment of a Khilafah for the Muslims, when there is no Khilafah on earth, and no one to implement the Hudood (limits) of Allah (swt) to protect the sanctities of Allah (swt), and no one to implement the laws of the Deen, and unify the Muslim lands and its people under the banner of La ilaha illa Allah, Muhammad ur-Rasul Allah. There is no permission in Islam given to any Muslim anywhere to abandon the work for this duty until it is indeed accomplished.

The Khilafah is a general leadership for all the Muslims in the world. Its role is to establish the Islamic Shari’ah and to carry the Dawah of Islam to the whole world. The establishment of a Khilafah is an obligation upon all Muslims in the world. Performing this duty, like any of the duties prescribed by Allah (swt) upon the Muslims, is an urgent obligation in which there can be no choice or complacency. Negligence in performing this duty is one of the greatest sins, for which Allah (swt) punishes severely.

The evidence that the appointment of a Khaleefah is obligatory upon all Muslims is found in the Sunnah and the Ijma’a (consensus) of the Sahaba. As for the Sunnah, it is reported by Muslim on the authority of ‘Abdullah ibn ‘Omar (ra) that the Prophet (saw) said

“Whosoever takes off his hands from allegiance to Allah (swt) will meet Him on the day of Resurrection without having any proof for him, and whosoever dies whilst there was no bay’ah on his neck (to a Khaleefah), dies the death of Jahiliyyah (ignorance).”

Furthermore, the establishment of Islam and the implementation of the Shari’ah rules in all walks of life is compulsory on Muslims through definitely proven evidences. This duty cannot be achieved unless there is a ruler who has an authority.

The Prophet (saw) has stated in one Hadith as narrated by Imam Bayhaqi (ra) in his Sunan that,

“Nobody has the right vested in him to establish anything from the Hudood without the Sultan (authority of the State)”.

Imam Tahawi also narrates that Muslim ibn Yasar said: Abu ‘Abdillah, a man from the Sahabah said,«الزكاة والحدود والفيء والجمعة إلى السلطان» “The (collection of the) Zakak, the (implementation of the) Hudood, the (distribution of the) spoils and the (appointment of) Jumu’ah are for the Sultan”.

Islam has legislated a methodology for the resumption of the Islamic life through the re-establishment of Khilafah and this has been guided to us by the Qur’an Al-Kareem and the Sunnah An-Nabawiyah.

“And let there be, from amongst you, an Ummah that calls to the Khair (i.e. Islam), orders the Ma’rouf and forbids the Munkar, and they are those who are successful” [3:104].

Allah (swt) has commanded the Muslims to have from amongst them a group that calls to the Khair which is Islam, orders the Ma’rouf which is that which Allah (swt) has commanded to be performed including the Waajib and the Mandoob and forbids the Munkar which includes that which Allah (swt) has forbidden in terms of Haraam. If they were to do this, then they would be from the Muflihoon, meaning that they will be successful in attaining His pleasure and reward. This is the Daleel indicating that this command is obligatory due to success being a consequence of undertaking this action. The command has come focused upon the formation of a Jama’ah (group) i.e. upon the Takattul (gathering) of individuals together so that they undertake the work in their capacity as a Jamaa’ah (grouping), as a Hizb and not as individuals.

The command in this Aayah differs from the command that has come in the speech of Allah (swt):

“You are the best nation that has been raised up for mankind, you order the Ma’rouf and you forbid the Munkar, and you believe in Allah” [3:110]. And it is also different to the command in the Messenger’s speech (saw):

“By Him in Whose Hand my life is, you must certainly order the Ma’rouf and forbid the Munkar…..” [At-Tirmizhi]

And also different from the statement of the Messenger (saw) «من رأى منكم منكرًا فليغيره» “Whoever from amongst you sees a Munkar (evil), s/he must change it” [Muslim]

This is because the command in these texts is focused upon ordering the Ma’rouf and forbidding the Munkar in respect to all of the Muslims whether they are individuals, a Hizb or a State. As for the Aayah: (وَلْتَكُن مِّنكُمْ أُمَّةٌ) ‘And let there be, from amongst you, an Ummah’, then this represents a Talab Jaazim (decisive request) from Allah (swt) to the Muslims, for individuals from amongst them to together within a Jamaa’ah (group) or to gather to make more than one group. This group will then call to the Khair, order the Ma’rouf and forbid the Munkar. The Da’wah to the Khair mentioned in this Aayah refers to the Da’wah to Islam and the Da’wah to Islam encompasses the Da’wah for the resumption of the Islamic life. This is because Islam has no real, practical and evident existence in the absence of the Islamic life under the shade of the Khilafah.

The fact that Islam, as thoughts in the minds of the people, or preserved in books or in the Aayaat of the Qur’an Al-Kareem and the Hadeeth Ash-Shareef will never disappear from this life is because Allah (swt) has ordained that it will be protected and safeguarded.

In addition, the one who follows the Seerah of the Messenger (saw) before the establishment of the Islamic State in Al-Madinah Al-Munawwarah will find that he gathered his companions upon Islam and that they were a group who were commanded by his commands and instructions. Ibn Katheer mentioned that when the Sahaabah (ra) gathered and their number was thirty-eight men, Abu Bakr (ra) pressed upon the Messenger (saw) to manifest the Da’wah openly and the Messenger responded by saying:

«يَإ أبَإ بَكر إِنَإ قَليل» “O Abu Bakr we are few in number”. Also the one who studies the Seerah will discover that the Messenger (saw) would meet with the Sahaabah in Dar ul-Arqam where he would read to them the Qur’an and teach them Islam. Then after ‘Umar Ibn Al-Khattaab (ra) embraced Islam, the Muslims went out together and organised in two lines, and they circled the Sacred House (Ka’ba) with Hamzah (ra) at the head of one line and Hamzah (ra) at the head of the other, whilst the Messenger of Allah (saw) was their Ameer who instructed them and who in turn they obeyed.

Thus, it is obligatory upon every able Muslim to be involved in it with the group that Allah (swt) has commanded to be established until the State is established. The Muslims must therefore gather around a structure (takattul) so that they can proceed upon the methodology of the prophet (saw) to re-establish the Khilafah. This is because the formation of the Takattul in order to return the Khilafah is a Shar’iy Waajib (obligation) and it is from amongst the greatest of the Shar’iyah obligations.

In conclusion, the events and circumstances that the Muslims have witnessed since the Khilafah State was destroyed indicate that the reason for the calamities which have afflicted the Muslims and continue to do so is the absence of the ruling by Islam in all of the affairs of life. Additionally, what the Muslims in the form of movements and actions have undertaken to return the Islamic System to life indicates that the return of the Khilafah will not occur through the performance of acts of ‘Ibaadah like Salaah, Hajj and Zakaah and that it will not happen as a result of lectures, conferences, learning the Ahkaam of Islam, building Masaajid or setting up Qur’an centres. It will not also happen by reviving the Islamic heritage and tradition or by participating in the current parliaments and governments which are established upon the Capitalist basis. The Khilafah will not return by any method or means that the Shar’iy Daleel has not indicated and legislated for the establishment of the Khilafah. This is because it is Allah (swt) Who has sent Muhammad (saw) with Islam as an ‘Aqeedah and System of life. Just as the thoughts of the ‘Aqeedah and the rulings providing solutions have been explained and made clear, similarly the Tareeqah (method) of preserving and safeguarding the ‘Aqeedah and carrying it has been explained. This is in addition to the Tareeqah for the application of the solutions which includes the method for the establishment of the Islamic State. It is the very same Tareeqah (methodology) that the Messenger of Allah (saw) pursued to establish the Islamic State in Al-Madinah Al-Munawwarah, which after its establishment, remained standing for more than thirteen centuries, before its destruction in 1924 at the hands of the disbelievers and their agents as a result of the Muslim’s weakness. And the one who follows and studies the Seerah of the Messenger of Allah Muhammad (saw) and the Shar’iyah Nusoos (texts) will find that carrying the Islamic Da’wah to establish the Islamic State proceeded in accordance to consecutive stages and in accordance to a plan where one part followed on from the other. This was as follows: Nuqtat-ul-Ibtidaa’ (The starting point) which is the stage of concentrated culturing. This is followed by the Nuqtat-ul-Intilaaq (The launching or departure point) which leads to the stage of the Tafaa’ul (interaction). This is then followed by the Nuqtat-ul-Irtikaaz (Support point) which leads to the stage of attaining the rule.

Thus, it is incumbent and obligatory upon us now to tread the path of the Shar’iyah methodology for the resumption of the Islamic way of life through the re-establishment of the Khilafah State. This is the State that will unite them upon the heart of a single man and it alone will restore for us our ‘Izzah (glory) and our Majd (glory).

“And to Allah belongs the ‘Izzah and to His Messenger and to the believers” [63:8]