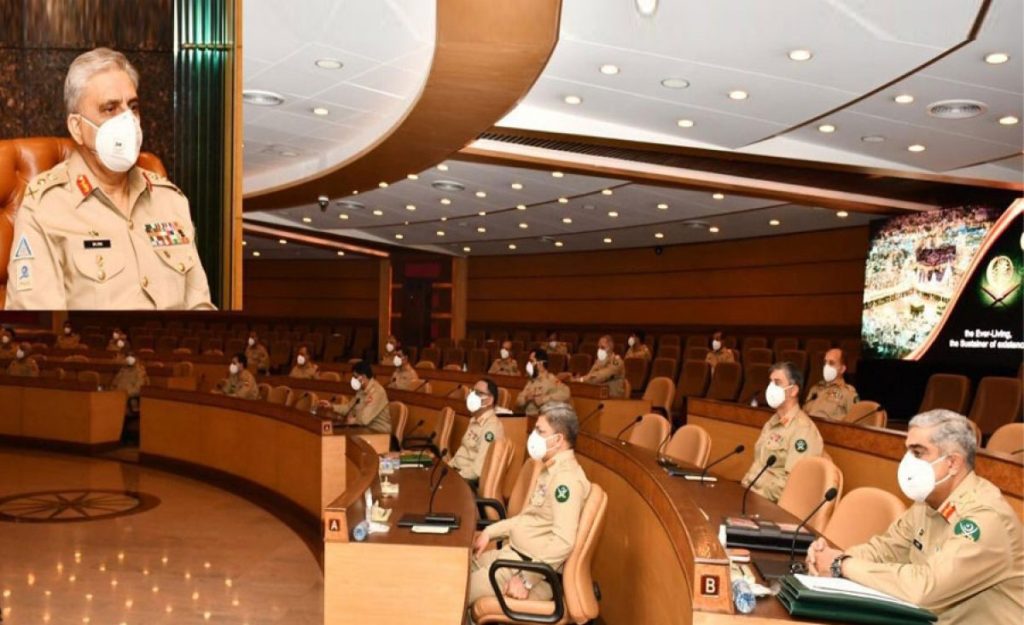 The Indian unilateral revoking of Article 370 of the Indian Constitution to Jammu and Kashmir has further intensified the oppression of Muslims in India. The inhumane nature of the oppression was under display in another shocking incident in North Kashmir’s Sopore, where a civilian was killed right in front of his three-year-old grandson. Heartbreaking pictures that surfaced on social media showed the 3 year old boy sitting on the dead body. The savage nature of the attacks by the Hindu mushrikeen, similar to those on the Muslims of Palestine by the forces of the Jewish occupation, is to be expected, for Allah (swt) in the Quran says, لَتَجِدَنَّ أَشَدَّ النَّاسِ عَدَاوَةً لِّلَّذِينَ آمَنُوا الْيَهُودَ وَالَّذِينَ أَشْرَكُوا “Verily, you will find the strongest among men in enmity to the believers the Jews and those who are Al-Mushrikun.” [Surah al-Maidah 5:82]

The solution to the problem in Kashmir, unambiguously, is Jihad. An armed insurgency in Kashmir, through political, moral and armed support, in parallel with Pakistan’s army declaring war in Kashmir is perfectly viable. Of the twelve million Kashmiri population, nine million are Muslim, most of whom are now completely anti-Indian and would be active in an armed insurgency. Pakistan’s military leadership must be aware of how an armed insurgency can be used to fracture a state from the 1971 War. The humiliation must be vivid in their minds, where they had already alienated the Muslim population in East Pakistan, who subsequently supported or silently watched as the Indian army with Bangladeshi nationalists declared independence. So the situation in Kashmir is a reversal of that, an armed Muslim insurgency supported by the Pakistan’s army can be used to return Kashmir back to Muslims. This is the nightmare scenario for the Indian army. This is without including the internal secessionist movements tearing India apart, or the border conflicts with China and beyond that are stretching Indian forces to the limit. Further, if the US has not been able to quell home grown insurgencies in Iraq, Syria and Afghanistan, how will India manage in Kashmir?

However, on many occasions, the Pakistani military leadership has stated that the current economic situation and the dependency on the IMF rules out the possibility of war in Kashmir. At face value, the hypocrisy of this statement is beyond belief. Over the past 20 odd years, Pakistan has been given loans by the IMF which have interestingly coincided with military operations against Muslims. In 2001, Musharraf drew around $1bn from the IMF, coinciding with the unstinting Pakistani support for US operations in Afghanistan. In 2008, following Musharraf’s departure, the PPP government drew $7.2bn coinciding with operation Zalzala (2008), operations Sher Dil, Rah-e-Haq, and Rah-e-Raast (2007–2009). In 2013, the incoming PML-N government drew $4.4bn coinciding with operation Zarb-e-Azb. And finally in 2018, the incoming PTI government borrowed $6bn coinciding with operation Rad-ul-Fasad. The point here is that these operations spanned the PPP, PML-N and the PTI, but the military operations against the Muslims remained a constant, indicating priority of these operations over the economy.

There seems to be no limit in the ability and will to plan, execute, regroup and repeat, in the fight against Muslims. But why does the same ability and will not manifest itself to fight the Indian Mushriks? No one questions the sincerity of the Pakistani army and their enmity to the Indians and their occupation of Kashmir. Articles written by former Mangla corp commander Lt. Gen. Tariq Khan (retd), and former chief of Military Intelligence Maj General Nadeem Ejaz (retd) discuss the China-India faceoff in the Galwan Valley in great detail. These articles carry a certain sense of pleasure at the Chinese success in the conflict with India, primarily emanating from their deep hatred of the Indians. Yet it is rather odd that these senior officers are happy at the defeat of mushriks by atheists, whilst believers in Allah (swt) from one of the largest, most professional, nuclear armed Muslim army in the Muslim world stand by idly and watch.

The problem is not military capability, but the political leadership which has the confidence to stand  independently of the US or any other power. With weak subservient political leadership our strength and resources will always be employed to serve a foreign agenda. Its about time that Pakistan’s military leadership had a corp commanders meeting in which Islam and Khilafah are on the agenda, not to counter, but adopt and abide by. It was the system of Islam that enabled the fledgling state in Madina grow, amidst the Battles of Badr, Uhud and Ahzab, to dominate the Arabian peninsula and beyond to challenge the two superpowers of the world at the time. It is the same system of Islam, if established in Pakistan as the Khilafah (Caliphate) on the Method of Prophethood, amidst similar difficulties, will grow to dominate the region and challenge the  superpower of the time.

Allah (swt) said, هُوَ الَّذِي أَرْسَلَ رَسُولَهُ بِالْهُدَى وَدِينِ الْحَقِّ لِيُظْهِرَهُ عَلَى الدِّينِ كُلِّهِ وَلَوْ كَرِهَ الْمُشْرِكُونَ “He (swt) is the One who sent His Messenger with the Guidance and the Deen of Truth to dominate over all other ways of life, even though the mushrikeen may detest it” [Surah At-Tawba 9:33].