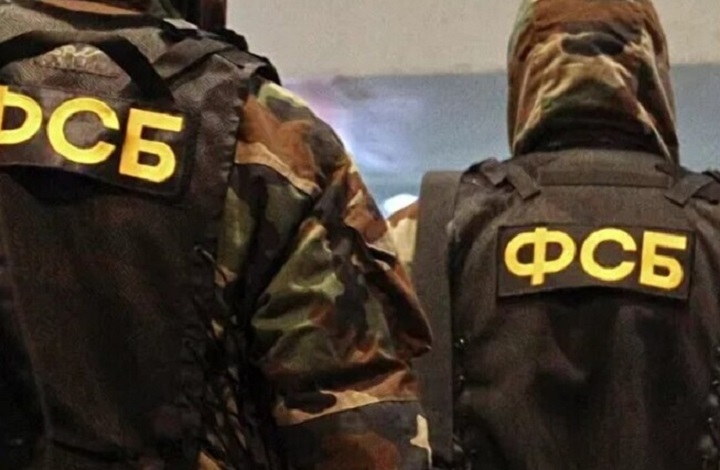 In the course of the measures taken, it was established that, when coordinating the emissaries of the ITO staying in Ukraine, these persons carried out purposeful work to spread terrorist ideology on the territory of our country. In the process of secret meetings, they recruited into their ranks residents of Russia from among local Muslims and labor migrants.

At the places of residence of the detainees, propaganda materials of “Hizb ut Tahrir al Islami”, means of communication, electronic media used by them in carrying out terrorist activities, prohibited in Russia, were found and confiscated.

Comment:
Statements about the next arrests of Muslims, the neutralization of the cell of Hizb ut Tahrir and the accusation of terrorism have become the daily routine of the Russian special services. All statements loudly accuse of terrorist activities and an attempt to seize power, but none of them mentions a terrorist attack, seized weapons, explosives or special equipment for seizing power. Why can’t the Kremlin deal with Hizb ut Tahrir once and for all, and why is the Kremlin so worried, being such a big and strong power!? Obviously! The Kremlin is worried about Hizb ut Tahrir’s ideas!

The ideas of Hizb ut Tahrir are based on the Qur’an and the Sunnah. The method of Hizb ut Tahrir is the rigorous pursuit of the path of dawah of our beloved prophet Muhammad (saw). From the very beginning of his call in Mecca, the Prophet spoke about the power of Islam over Arabs and non-Arabs, followed all the decrees and prohibitions of Almighty Allah, not succumbing to the temptations and intimidation of the pagans of Mecca. And after the establishment of the Islamic state in the radiant Medina, the Prophet began to send ambassadors to the leaders of world powers with a call to convert to Islam or surrender to the mercy of the Muslims. Thus, the call of the Prophet (saw) to Islam is a call to a system for life based on the Qur’an and Sunnah!

Today, the Shabab of the Hizb just as fundamentally and rigorously the example of the Prophet (saw), they call for Islam as a system for the life of a person, society and the state, not succumbing to persuasion, bribery and intimidation of those in power. This adherence to principles and independence from the rulers worries those in power, since these disbelieving rulers and their tyrants cannot bribe, persuade to make concessions or frighten children with torture and prisons in order to stop the call.

The ideas carried by the Shabab shatter the vicious thoughts of democracy and secularism, reveal the criminal plans of tyrants, and lead people out of the darkness of godlessness and obscurantism. These ideas deeply and firmly settle in the hearts of people who have newly joined the Hizb and are working hard to revive the Second Righteous State of the Khilafah (Caliphate). And we see how after each arrest and announcement about the liquidation of Hizb, new Shabab appear and work even more and more actively.

“They wish to extinguish Allah’s light with their mouths, but Allah will only allow His light to be perfected, even to the dismay of the disbelievers” [9:32].