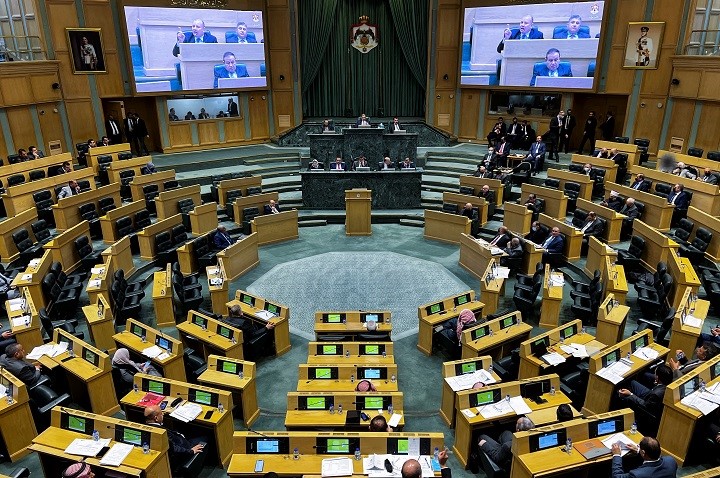 The reasons for the draft law on parties originally proposed by the Royal Committee for the Modernization of the Political System, under the name of political reform, were stated as: “In light of the belief in the role played by parties in Jordanian political life, as the highest organizational state in any society to express positions and interests, and in pursuit of achieving the aspirations of the Jordanian people, and their aspirations for a better life, the new political parties law came for the following reasons: enabling parties to reach the formation of partisan parliamentary governments, or participate in them, forming programmatic political parties, qualifying competent political leaders, especially young ones, capable of dealing with political, economic and social challenges, and enabling parties to participate in all kinds of elections and help them get involved in issues of public affairs.”

Among the most prominent articles of this draft law on parties is the definition of a “party” as “a national political organization consisting of Jordanians who are united by the values ​​of citizenship, goals, programmes, visions and common ideas, and aims to participate in political life and public work in peaceful, democratic ways for legitimate purposes and by participating in all kinds of elections, including parliamentary elections and forming or participating in governments,” and it approved “the right to establish parties and participate in them,” and stipulated “preventing direct or indirect harming to any Jordanian, including violating his constitutional or legal rights, or being held accountable.” The law also agreed on “principles of establishing parties, based on citizenship and equality among Jordanians, commitment to democracy, and respect for political pluralism, and the prohibition of establishing a party on religious, sectarian, ethnic or factional bases.” The draft law set detailed restrictions and conditions for the formation and functioning of parties, that required 42 detailed articles, as if they were a state constitution. It left nothing out, no loophole or restriction, so that the parties that will be formed or correct their situation do not deviate from the obedience or the vision of the system in governance. In addition to the corruption of the foundations and reasons for this project, as the political structure in Jordan revolves around the ruling system and the parliament has no significant authority. The governments are appointed by the king, and even future parliamentary governments had their powers removed in exchange for expanding the powers of the king, and restricting its political vision to the National Security Council. All of which is irrelevant even in the context of the corrupt secular democracy that it claims to uphold and on which the draft party law is based.

As for the legality of forming, operating and licensing political parties, we highlight the following:

1- The Islamic Ummah is living in an exceptional situation in the absence of an all-encompassing state based on the Islamic belief, which is the Khilafah (Caliphate) State, as is the case now. It will implement all the Shariah rules internally and externally. Since politics is care and concern for public affairs, the political party in Islam is the believing group assembled on the basis of Islam, which is all goodness, and the call to it as a political doctrine and a system that governs life. The political action for the return of Islam to  life is one of the greatest acts of enjoining good and forbidding evil and calling for the good, which is what came in the noble verse, Allah (swt) says:

“And let there be [arising] from you a nation inviting to [all that is] good, enjoining what is right and forbidding what is wrong, and those will be the successful” [Aal-i-Imran: 104].

2- In reference to the previous honourable verse, the Draft Constitution for the Khilafah State prepared by Hizb ut Tahrir, which is derived from the Qur’an and Sunnah regarding political parties, stated the following: “Muslims have the right to establish political parties to hold rulers accountable, or to reach power through the Ummah, on the condition that it is based on the Islamic creed, and that the rulings they adopt are Islamic rulings. The establishment of the party does not require any licensing, and any bloc based on anything other than Islam is prohibited.”

3- It is not permissible for the group among Muslims to be based on anything other than the basis of Islam as a belief and a system. The establishment of parties on a democratic, secular basis that separates the Deen from life, as stated in the Jordanian draft law on parties contradicts Shariah, just as it is not permissible for parties to be based on a national, patriotic basis, which perpetuates colonial fragmentation of the unity of the Islamic Ummah, Allah (swt) says:

“Indeed this, your religion, is one religion, and I am your Lord, so worship Me” [Al-Anbiya: 92].

4- The political party’s intellectual and political work is focused on taking care of the affairs of the entire Ummah in Islam, with its keenness to be in accordance with what is stated in the Qur’an and Sunnah. It includes all areas of life and no one is left behind. The political parties in the Islamic Ummah, in the case of the existence of the state, are the guardians of society. They are the ones that work among the people to prevent its relapse, and it also holds the rulers accountable for the care on the basis of Islam and to the fullest extent. And if the Khilafah State is absent in the Ummah, their goal is to establish it.

5- It is not permissible for political parties to participate in secular rule that excludes Islam from power, neither by forming governments nor by participating in them, Allah (swt) says:

“And whoever does not judge by what Allah has revealed – then it is those who are the defiantly disobedient” [Al-Ma’ida: 47].

And the political parties that believe their Ummah are not allowed to remain silent about the regime that covenants with its enemies, plunders its wealth and violates its sovereignty by establishing military bases on its lands, and mortgaging its economy to avaricious colonial powers.

6- Political parties are the actors and influencers in changing the approach of the ruling system, not its people. The state is an executive entity for the standards, convictions and systems of the Ummah, and the Ummah is a passive entity. The ideological political party is the party that works in the Ummah to change its concepts, standards, and convictions, and then restores its usurped authority to establish the state and choose the ruler according to its ideology.

7- And the political party that Islam has made as obligation of sufficiency (fardh kifaya), if it wants to achieve “the aspirations of the Jordanian people and their aspirations for a better life,” as stated in the reasons for the new law, must be a party of the Ummah and not the ruling regime, meaning that its role is not only to monitor and correct mistakes if they occur, rather, it includes all kinds of diligence, accountability, guardianship, and care with awareness and advice, in a way that guarantees progress and continuous advancement in thought and sensation, and guarantees the position of Muslims, as well as guarantees their intellectual, political, economic and civilizational superiority. It seeks with its Ummah to achieve its aspirations towards its renaissance project by the return of the Khilafah State, and is not an aid to the regime in perpetuating its subordination to the kaffir Western colonizer, and its joint projects to empower the Jewish entity, so that the description of the political party that achieves the aspirations of its Ummah fits it.

Hizb ut Tahrir, which was established in response to Allah’s command, that at least one group must be founded, as indicated by the noble verse, has set an example as the ideological party structure with its intellectual struggle, political work, its call to Islam and the adoption of the interests of its Ummah. It is a party based on the society’s thought and sensation, it is politically of the first order. Its call became universal, to call on whoever was serious about forming a political party to follow its example in its thought, method and goal. Its work is recorded in its publications, at the top of the list is At-Takatul Al-Hizbi (The Party Structure).