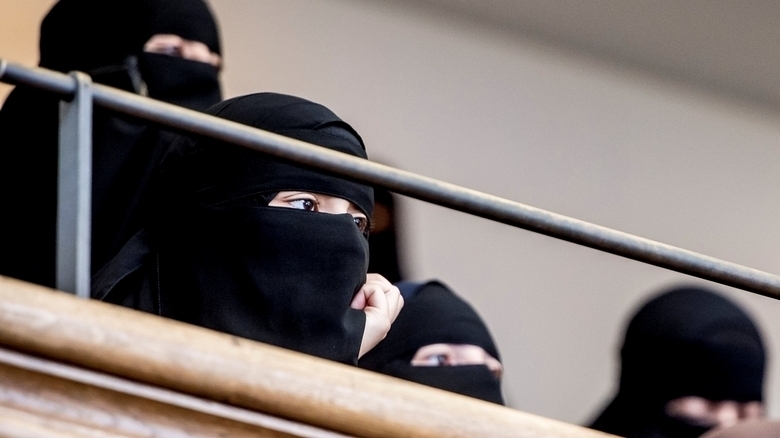 On the 1st August, the Netherland’s ban on the Niqab came into force, prohibiting Muslim women from wearing the face veil in public institutions, including schools, hospitals, and government offices as well as on buses or trains. Authorities are now required to force women wearing the Niqab to remove their face veil if they wish to enter a public building. If they refuse, they will be denied access and could face a fine of at least 150 Euros. Through this openly xenophobic action, the Netherland’s government has joined the uncoveted club of secular liberal nations, including France, Denmark, Belgium and Austria, who have legalized discrimination against Muslim women and criminalized them simply for dressing according to their religious beliefs. It increases the marginalization and victimization of Muslim women by fueling the bile and hatred of Islamophobes and racists, and effectively giving license to their acts of harassment, intimidation and violence. Following the ban, the Dutch Algemeen Dagblad newspaper wrote that those who were ‘disturbed’ by a Muslim woman wearing the prohibited clothing could make a citizen’s arrest as well as demand that she removes the face veil, and even use force if the ‘perpetrator’ tried to get away. Furthermore, what kind of inhumane system forces a woman to choose between her deeply held religious beliefs, and seeking medical treatment, education, employment, or even reporting a crime against her to the police? It bears the mark of fascist and communist regimes.

The Netherlands is a state which is defined by its ‘liberal’ and relaxed approach to lifestyle choices, and has legalized the most lewd, corrupt and indecent activities, including prostitution, incest, the smoking of cannabis in coffee-shops, and even the possession and distribution of the ‘Paedophile Manual’ – a vile handbook that explains in detail how to lure, groom and abuse children. And yet, the government chooses to outlaw a harmless religious dress. What kind of system authorizes such obscene activities while prohibiting the expression of modesty? It proves yet again that religious discrimination is ingrained in the DNA of the secular liberal system and hence Muslims should not have trust in it to safeguard their religious rights, for it will only ever represent those who tow the secular liberal line. The European Court of Human Rights for example, the highest court in Europe that has been vested with the responsibility of protecting the rights of its citizens, ruled in support of the French and Belgium bans on the Niqab, rejecting arguments that they breached religious freedoms, and stating that they were not in violation of the European Convention on Human Rights! Furthermore, the ban on the face veil in the Netherlands was initially proposed in 2005 by the far-right, anti-Islam politician Geert Wilders. Therefore, rather than spurious claims that the Niqab hinders communication or is a security risk, this ban is clearly an attempt by Mark Rutte’s coalition government to try and play the far-right xenophobic parties at their own Islamophobic game, in light of their surge of popularity in recent Dutch elections. This political jousting, in which parties jostle with opponents as to who will appear more anti-Muslim and anti-Islam is a familiar reality within many secular states and reflects the inherent dangers of the secular democratic system where minorities are fair game in the fight for power.

As Muslims, it is important to understand that it is not the Niqab which is the target of the Netherland’s government, or the other governments in the West who have outlawed it. Rather, it is the position of Islam within secular liberal states which is on trial and whether its beliefs can be ‘tolerated’ within their societies. Today it is the Niqab; tomorrow it could be the Khimar (headscarf) as is the latest call of Geert Wilders and his like, or another Islamic practice or belief that does not conform to the restrictive liberal framework. The agenda is to assimilate us through intimidation and force into the liberal culture. As Muslims, we therefore need to stand firm to our religious convictions and be united in voicing our strong opposition to this and other bans on Islamic beliefs and challenge the outright lies against our Deen! Allah (swt) says,