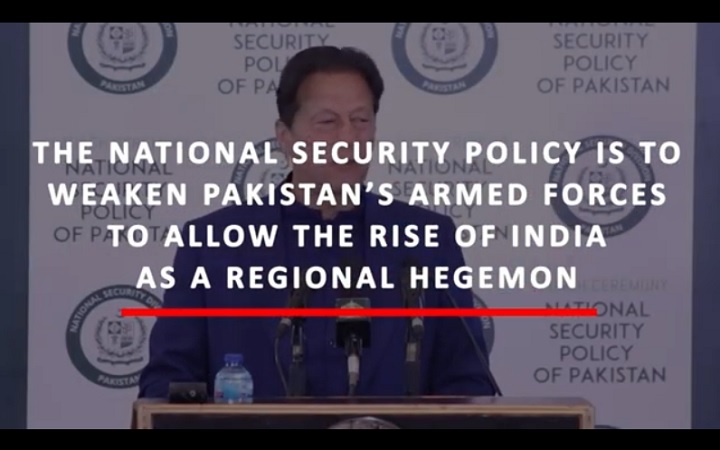 Weakening of Pakistan’s defense is aligned to the US policy of preventing Pakistan from being an obstacle to the rise of India as the regional hegemon.

– Whilst Modi is arming to the teeth, the NSP speaks of “constant modernisation of our armed forces without embroiling in any arms race.”

– Whilst Modi is spending freely on his armed forces, the NSP speaks of “a cost-effective and adaptive military.”

O Muslims of Pakistan in General and their Strategic Community and their Armed Forces in Particular!

– The Messenger of Allah (saw) rapidly militarized the state of Muslims, focusing on military industry and preparation, which in itself revitalized the domestic economy generally, as a natural, inevitable consequence.

– The Khilafah then rose to be the world’s leading state for centuries, with its armies feared and its prosperous citizens envied.

– The only method to re-establish the geopolitical vision of Islam is the state of Islam, the Khilafah (Caliphate) on the Method of Propethood.
Allah (swt) said,

“He is the One Who has sent His Messenger with guidance and the Deen of truth, making it prevail over all others, even to the dismay of the polytheists.” [TMQ Surah at-Tawba 9:33]