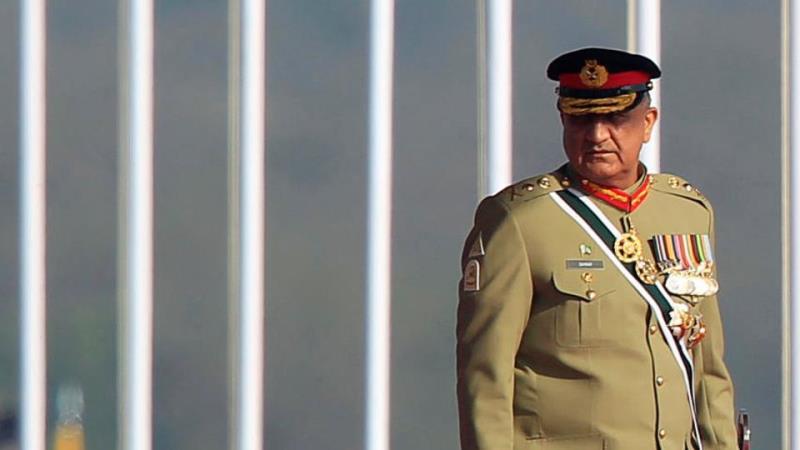 The leading British security think-tank Royal United Services Institute (RUSI) has said in an analysis that Pakistan army under the “Bajwa Doctrine” is biting back hard against threats issued by the American administration.

The RUSI report[1] said the United States has been making the same threats that it did from the George W Bush era till now, but “gone are the days of timidity and scurrying to please the Americans”. The think tank believed this was being called the “Bajwa Doctrine” which suggests that the Pakistan Army should not ‘do more’, but rather the world must do more.

The report states, “As 2018 begins, it is the US that needs Pakistan and not the other way around. US Secretary of Defence Jim Mattis has already said that he is in touch with the Pakistani military, as without them the US forces cannot move their equipment or survive in landlocked Afghanistan. If anything, Trump’s tweet has made Pakistan realize it has been wrong to trust the US for seven decades. The Pakistanis have given full combat and logistical support to a war for which the US has no answers.”

Naturally the report received widespread publicity across the Pakistani media yet not the impartial scrutiny that it requires.  Whilst the report has been published by a British think tank, many of the arguments presented in the report are often repeated.  Central to the report is the assumption of presence of an independent military policy, focusing on the requirements of Pakistan and not the US.

It is this assumption which is wrong and has to be questioned fundamentally. The evidence of Pakistan’s compelling slavery to US policy objectives came within two days of the publication of the report. The COAS General Bajwa, was delivering a talk at the Munich Security Conference where the contradiction to the RUSI report could not be starker. He said, [2] “It is my sincere belief that Pakistan’s lasting domestic peace hinges on peace and stability in Afghanistan, therefore, despite our limited resources, we are trying our best to export peace to our Neighbors in the west.” This is exactly what the US requires from Pakistan.

General Bajwa further said, “We have unilaterally taken many steps to ensure proper management of this border. We raised tens of new border specific units, built hundreds of new border surveillance forts and have started the process of fencing 2300 Kilometers of the border. We are putting scanners and biometrics at border terminals to ensure that while common Afghans are facilitated, miscreants and terrorists are prevented or arrested.” Again this is in line with US demands of stopping cross border infiltration from Pakistan to Afghanistan.

The Pakistani COAS did not leave any ambiguity to his commitment to the US. He said “While we are actively supporting the new US strategy in the region, based primarily on kinetic approach, we are not leaving any stone unturned to try and do our best in bringing the parties of the conflict on the negotiation table.” This is line with US expectation from Pakistan to help broker a negotiated settlement in Afghanistan.

One of the fundamental problems with Pakistan which extends Western influence over its affairs is the presence of a political and military elite which is cultured in Western ideals and values and hence subscribe to a vision of progress which depends on Western help and guidance. Hence Pakistan’s ruling elite cannot envision a future independent of Western policy for the region and consider it fatal or harmful to challenge Western interests at the regional and global level. This is despite the humiliation and very evident harm which Western policy has brought upon Pakistan.

The most “enlightened” of Pakistan’s rulers advocate reducing dependence on the West and replacing it with dependence on Russia and China. This so called “alternative” vision exposes the slavish mentality and incompetence of Pakistan’s political and military elite. Pakistan can never be free of Western influence or dependence on foreign powers unless its ruling elite either embraces a radical alternative vision of how national, regional and global politics should be organized or this ruling elite is replaced by a new ruling group which subscribes to a new vision for how affairs of Muslims and the globe should be managed. The Muslim World has a rich history and experience of organizing its own affairs and that of the World. Indeed Muslims were rulers of the world under the vision of Islam and the authority of its state, the Khilafah. Only by getting inspiration from our history and reestablishing the state of Islam, the Khilafah (Caliphate) on the Method of Prophethood, can we bring the independence and strength which will end Western influence from Pakistan and allow it to reshape the region and the world according to interests of Muslims.

“O you who believe! Answer Allah (by obeying Him) and (His) Messenger when he  calls you to that which will give you life.”