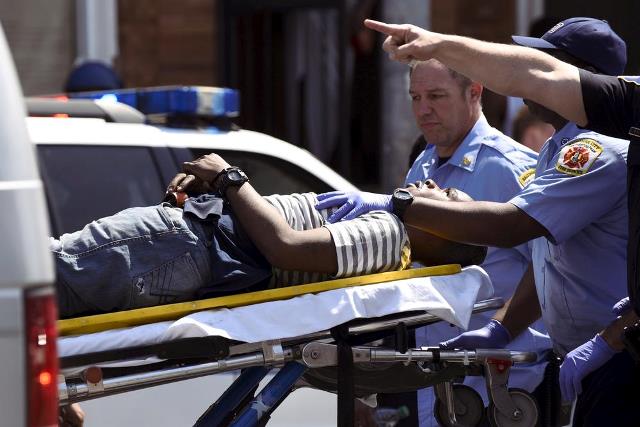 Over the past several days, the “Black Lives Matter” campaign in America has been receiving media attention including on social media with several voices trying to comprehend the gravity of increasing police brutality against black people. #BlackLivesMatter is an online forum intended to build connections between Black people and our allies to fight anti-Black racism, to spark dialogue amongst Black people, and to facilitate the types of connections necessary to encourage social action and engagement.

No matter how much America considers itself modern or socially reformed, it always goes back to the same issue on race: black or white. White privilege is being discussed as it carries a negative connotation in which white people basically get away with all sorts of injustices and enjoy a better quality of life than black people. Moving on to white supremacy which gives white people a sense of authority over other races simply because of their lighter skin color with many people claiming that whites hold an unspoken authority over black people rendering them to take the authority into their own hands just like we saw over the past few weeks of reported cases of police using excessive force in minor offences or misinterpreted behaviors simply based on race. Many have died as result of the police brutality.

This has caused a backlash in society despite America touting equal rights, no discrimination, and strict laws against racial or ethnic bias, yet situations in daily life prove that hostility towards the other race is still as it was during the 1960’s (the period of the well-known Civil Rights Movement).

The constant disadvantage of being the other race has compounded on a multi-tiered level in society, starting from the unfair education treatment early on setting up innocent children into a spiral of failure in many communities through the United States to the tilted employment field and the noticeable limitations and the prison systems clearly show the oppressive black to white ratio. Many think of titles like the first black doctor or first black president or first black whatever is some sort of feat that has been accomplished only to focus on race all the more, rather than the accomplishments of the actual person. Skin color takes precedence in American culture. Stereotypes are engrained early on leaving many policy makers to try to ignore the root cause and how to effectively stamp out this white supremacy impression.

Whereas these events are taking place in 2015, Islam with its unique perspective on the human race has effectively and tangibly removed the notion of racial or ethnic supremacy more than 1400 years ago. Many are startled at the unique way Islam speaks to the individual – one of rational thinking. Islam speaks to the mind, judging people based on actions and not on skin color or gender since that is beyond one’s control. Therefore all individuals under Islam are treated the same regardless of their skin color. Allah سبحانه وتعالى said,

“Verily, the most honourable of you with Allah is that (believer) who has more taqwa.”

Here the scale of measure is the taqwa. Thus only Islam has the capacity to truly encompass the human race in all of its colors and ethnicities without having any form of stereotypes towards an entire people simply due to the color of skin; and to have Muslims look to others without the prejudgments attached and all are given the same courtesy and advantage to succeed without being assaulted or harassed.