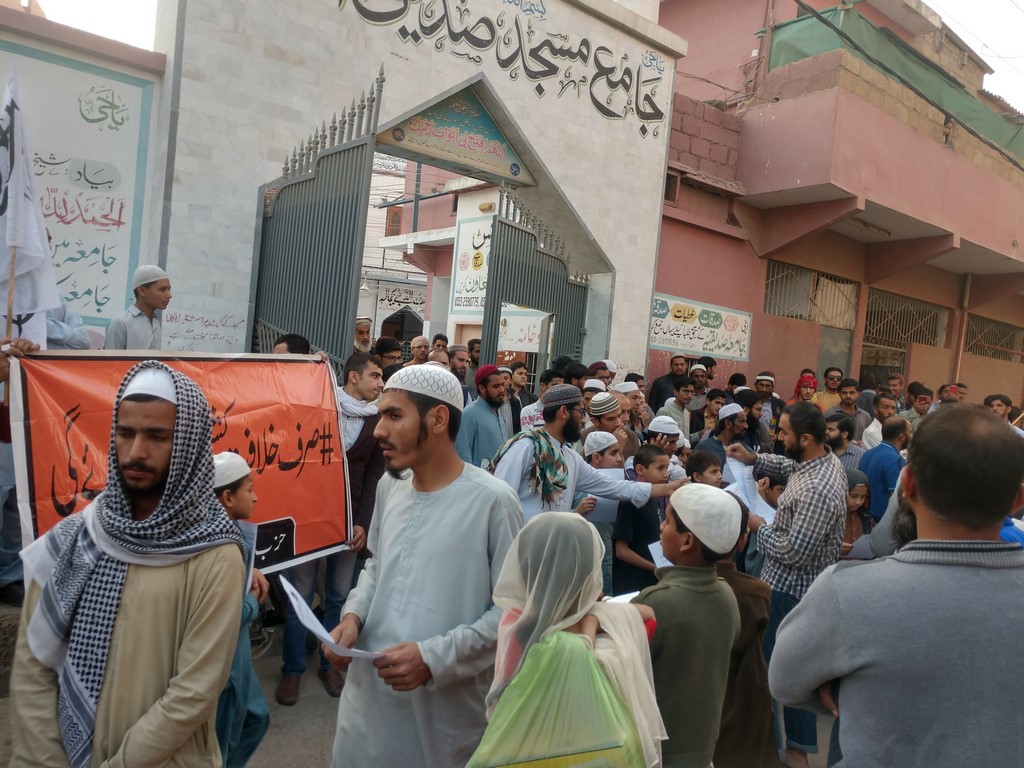 On 4 February 2020, the National Assembly passed yet another resolution to support the cause of Kashmir, expressing sympathy. Numerous resolutions, speeches at the United Nations and appeals to Trump, have not brought the six-month siege of Occupied Kashmir to an end. Indeed, those who prayed for Modi’s victory in the last Indian general elections, cry for peace with India and exercise “restraint” before Indian aggression, will never stand in front of Indian pellet guns today. The political and military leadership that move rapidly to secure the interests of the kuffar, will never order our forces to cross the Line of Control. The only solution to the occupation of Kashmir is that our forces march over Line of control, trampling the plan of Modi, Amit Shah, General Bipin Rawat and Ajit Dowal to seize Azad Kashmir, whilst liberating Occupied Kashmir from Indian occupation once and for all.

The Muslims of Kashmir are waiting for far too long for actions like those of 27th February 2019, which stunned the Indian extremist Hindu leadership. So what joy will arise when Pakistan’s armed forces liberate Kashmir? India is neither ready to fight with Pakistan nor can it risk nuclear war, for India will enter the Stone Age. India cannot sacrifice Mumbai, Calcutta, Chennai, Ahmedabad, New Delhi and Bihar to secure occupation of Kashmir. After any war with Pakistan, India would become easy prey for her eastern enemy, China, whilst precipitating its own disintegration, such is its fragility.

Do those who hide behind the excuse of a weak economy not consider how the Afghan resistance brought the 42 country alliance to it knees, without a multibillion dollar economy? What was the per capita income of Afghanistan, before the Soviet Union was defeated?  What was the volume of exports of the State of Madinah, when it defeated the Arab alliance in the Battle of the Trench? How great were the foreign currency reserves of the State of Madinah when it confronted the Roman Empire at Tabuk? If economy can be used as an excuse to surrender interests, what guarantee is there that the Bajwa-Imran regime will mobilize our armed forces, if India attacks Islamabad and Lahore?

The rulers hide behind the economy after weakening it by handing its keys over to the IMF and increasing the debt by a huge 40%, in merely fifteen months. It is clear that these rulers have no practical plan to liberate Occupied Kashmir, outside of rhetoric and lip service. It is upon the sincere officers of Pakistan armed forces to uproot the current treacherous rulers and grant the Nussrah to Hizb ut Tahrir to re-establish the Khilafah (Caliphate) on the Method of Prophethood. The Khilafah will undertake Jihad to liberate all occupied lands, including Kashmir. The Khaleefah of Muslims will inspect the parade of Islamic forces in Delhi, Lahore and Kabul. O lion of Pakistan’s armed forces, what are you waiting for? Move and seize back our territory from the Hindu State by force. And know that you will only be able to do this after the re-establishment of Khilafah, so uproot these treacherous rulers and grant your Nussrah now.