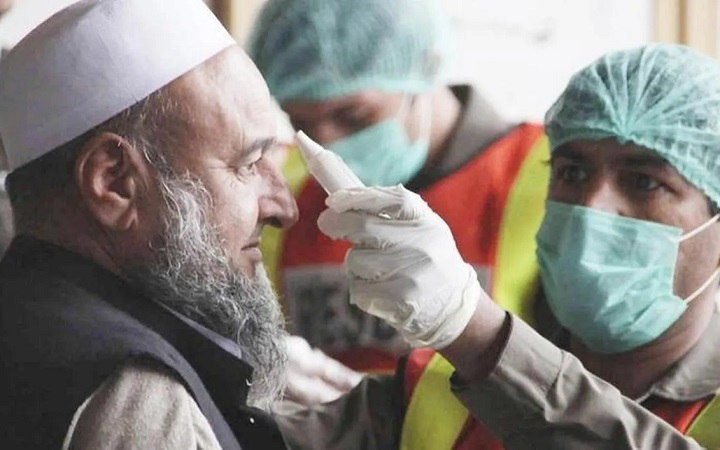 On 30th July 2021, the Chief Minister of Sindh, Pakistan imposed a strict lockdown in Karachi, Pakistan, the most populated Muslim city in the world, claiming it to be done for controlling the spread of the coronavirus. Along with imposing a ban on pillion motorcycle riding and shutting down markets, the rulers also limited time for vegetable vendors, bakeries and grocery stores. Although some token concessions were later announced due to public anger, thousands of daily wage earners immediately lost their source of income, pushing their families towards hunger, hardship and starvation. Already a large part of the population lives in poverty due to the extremely harsh economic policies of both the federal and provincial governments, which they impose on the dictates of the IMF.

However, instead of looking after the affairs correctly, securing basic needs on an emergency basis, a harsh lockdown is imposed, worsening the situation. Is a government only responsible for protecting the masses against the Covid-19 disease pandemic? Is not protecting the masses against poverty and hunger also a duty upon the rulers of the provinces and the centre?

The claims of imposing a lockdown for sincere disease prevention is false. Everyone knows how sincere this government is with regards to the people, be it for coronavirus or any other issue. If the rulers were really sincere, can they elaborate on how they increased healthcare capacity since the pandemic first began, around seventeenth months ago? For a city of well over twenty million inhabitants, since 11 March 2020 when the WHO declared an emergency, how have the rulers increased the provision of ventilators, hospitals and oxygen supply? Instead, abandoned as if they were orphans, the good Muslims of Karachi themselves privately funded more healthcare centres, whilst the rulers squeezed out billions of rupees of un-Islamic taxes from an already broken population.

The rulers are now forcing the masses to stand for hours in long queues for vaccination, packed together liked sardines, in a few understaffed centres which will worsen the disease spread. Is it not upon the rulers to setup multiple vaccination centres, distributed throughout the city, facilitating people to avoid huge, dense crowds?

The fact of the matter is that the government is neither sincere with the people nor serious about controlling the spread of disease. It is simply trying to hide its failures behind a lockdown, shifting the blame from its won huge neglect in healthcare provision, onto the masses. Instead of upgrading its health facilities at a rapid pace and searching for effective solutions, the rulers blame and curse the masses. Instead of developing healthcare from the huge taxes it collects, the rulers continue to remain negligent. In addition to this criminal negligence, they humiliate the masses, by forcing them to walk several kilometres, after erecting blockades and depriving them of the limited means of transport in the city. Surely rulers that do not provide clean water, clean up festering mountains of garbage, repair roads and ensure security, cannot and must not be trusted.

The Messenger of Allah (saw) said, «كُلُّكُمْ رَاعٍ وَكُلُّكُمْ مَسْئُولٌ عَنْ رَعِيَّتِهِ، فَالْأَمِيرُ الَّذِي عَلَى النَّاسِ رَاعٍ وَهُوَ مَسْئُولٌ عَنْ رَعِيَّتِهِ» “All of you are shepherds and each of you is responsible for his flock. The Amir of a people is a shepherd and he is responsible for his flock.” [Bukhari, Muslim]. Before imposing a lockdown, it is a duty on the rulers to cater for the basic needs of families. The rulers failed in their duty to criminal levels, whilst the Ummah is left in despair and forced to fend for itself.

Does this noble Ummah not deserve noble rulers, who share in its despair, crying until their hearts ache and move tirelessly for her needs, forsaking sleep, ignoring their aching limbs and sparing no effort to relieve suffering, as happened in the time of the famine in Madinah during the time of the Khaleefah Rashid, Umar (ra)? The central ruler immediately sent an appeal to the rulers in the provinces and the matter was resolved decisively. Tens of thousands of people from desert towns had gathered in Madinah and once adequate supply of ration reached Madinah, Umar (ra) dispatched his men to the routes of Iraq and ash-Sham to take the supply caravans to the desert settlements deeper into Arabia, which in turn saved hundreds of thousands from annihilation. For the internally displaced people, Umar (ra) hosted a dinner every night at Madinah, which according to one estimate served more than hundred thousand every night.

Al-Tabari wrote in his At-Taarikh (History) Volume 13, The Conquest of Iraq, Southwestern Persia and Egypt, “In the era of Umar (ra) the people in Madinah and its surrounding territory were afflicted by drought, in which the land was engulfed with dust when the wind blow, as if it rained ashes. That is why this year was called the Year of the Drought. Umar swore an oath that he would not taste butter, milk or meat, until the people found the land once more covered in greenery from the first rains…. ‘Umar (ra) wrote to the commanders of the garrison cities requesting them to help the people of Medina and the surrounding territories and asking them for supplies. The first to arrive in Madinah amid four thousand camels loaded with foodstuffs was Abu Ubyadah bin al-Jarrah (ra). ‘Umar (ra) charged him with the distribution thereof amongst the people who lived around Madinah… The people of Hijaz were no longer in need of supplies and fully recuperated with the first rains.”

Thus, under the Khilafah (Caliphate), the ruler in the province and the ruler of the state both mobilized to end the crisis. Now, if all this could be achieved by Islamic ruling, in the age of the camel and messages by horse rider, what could be achieved by the Khilafah state in the era of the plane and internet? Indeed the Khilafah is a far cry from the evils of democracy. The provincial and federal rulers are not seen on the front line, tweeting from air conditioned offices. It is their democratic system that oppresses the masses to fill the coffers of the ruling elite. Neither the federal ministers nor the provincial ministers feel the pain of a father seeing his children cry of hunger and thirst. Even in such severe crises, the PPP provincial government and the PTI federal government do not desist from political point scoring, when they are both fault through their ruling by kufr.

May Allah (swt) relieve us of the burden of these rulers! May Allah rid us of this un-Islamic democratic system! How will these rulers face Allah (swt) on the day when nothing would be hidden? For how long will we have hope in this un-Islamic system? How many more crises are to arise before we restore the Khilafah, whose return the Messenger (saw) gave glad tidings of? The Khilafah which will not only look after the citizens of the Khilafah, it will spread the mercy of Islam to the whole world that is suffering from capitalism. Should we not strive for the pleasure of Allah (swt), so that we may witness the glad tidings of the Messenger of Allah (saw)? The Messenger of Allah (saw) said,