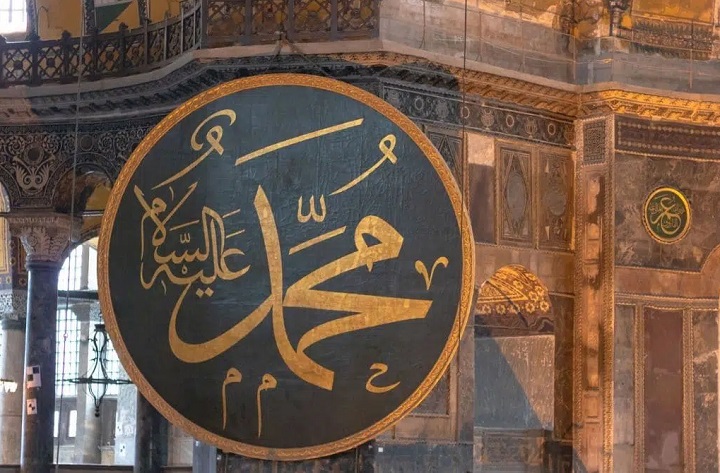 The spokesman of the Indian Bharatiya Janata Party (BJP), Nupur Sharma made insulting remarks about Islam and on the Prophet (saw) and his wife (ra) during a television debate. Thereafter the head of the media department of Delhi, Naveen Kumar Jindal posted an insulting tweet about the Prophet (saw). As a result, several Gulf States and other Muslim countries condemned the insulting remarks and some of them summoned their Indian ambassador and demanded apologies. This resulted in the suspension of two spokespersons which was followed by an apology.

The protests of the Muslim countries show that a response cannot be ignored in India. As India, like all other countries is pragmatic and is driven by self-interest. India chose under some pressure to uphold its economic and other interests that it has with these countries and was forced to back down. So it appeared internationally.

In India, since it took office in 2014 the BJP has waged war against Islam and the Muslims, the most recent being, the insults towards the Prophet (saw), is but a manifestation of it. There is a systemic oppression of the Muslim community. Supporters of the BJP who view themselves as the self-proclaimed protectors of Hinduism openly call to lynch Muslims, without being prosecuted. Muslims are regularly attacked by Hindu mobs. Sometimes the provocation is as simple as displaying their Muslim appearance.

Despite the systemic oppression of Muslims by the BJP, the Muslim countries upheld good relations with India. The Indian Prima Minister Narendra Modi, a Hindu extremist of the BJP, regularly visited since he came to power in 2014. The friendly business relations with the energy-rich Gulf States strengthened during his term.

When a simple condemnation or criticism of the Muslim countries can be of influence on the way India deals with Muslim then why hasn’t this been used earlier when Islam and the Muslims were attacked. Why react now? Have they made firm demands against the anti-Islam BJP-regime forcing them to treat the Muslims fairly in exchange for trade relations? They did the opposite; Narendra Modi even received the highest civilian awards of the governments of Saudi-Arabia in 2016 and the UAE and Bahrain in 2019.

So why did these countries, that award a Hindu extremist with decorations and friendly relations despite his anti-Islam campaign, collectively stand up now?

It was because of the heroic demonstrations of Muslims in India who risked their lives by taking to the streets and protesting the insulting remarks of the Prophet (saw) which eventually went viral, including in the Muslim countries. This confronted the leaders of the Muslim countries with a growing discontent within the Ummah forcing them to accommodate their sentiments and give them the idea that were standing up against them as well.