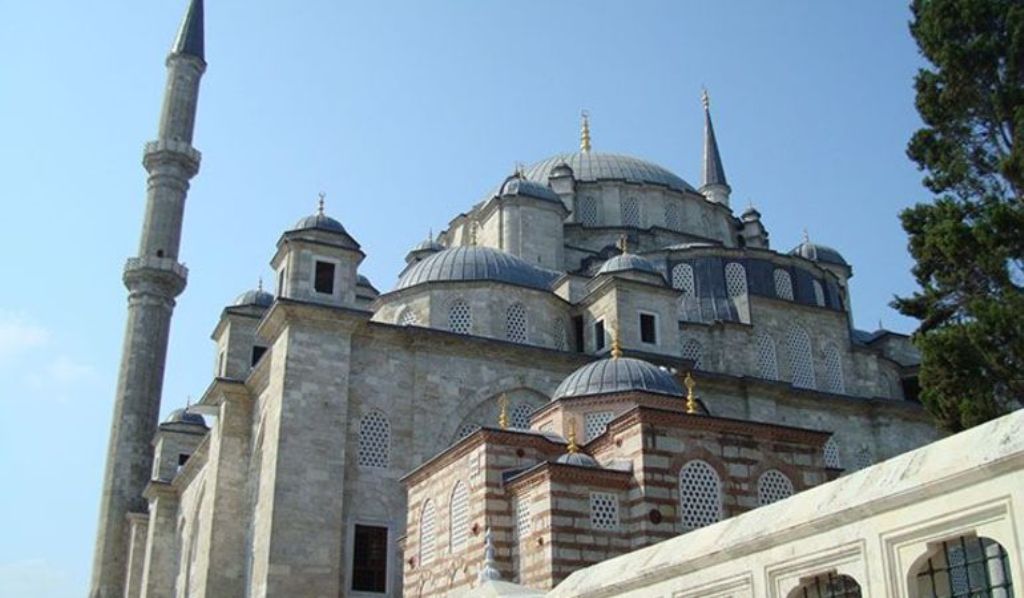 Constantinople’s Conquest was a significant event in the Islamic history which fulfilled the prophecy in the hadith of the Holy Prophet ﷺ. The conquest showed the strength of the Islamic State as Constantinople had withstood many sieges over the centuries including the one by the Arabs in 674-678 CE and then in 717-718 CE.

The Muslims intelligence and military might and determination can be seen as being the reason for the successful conquest. The Muslim army was populated by skilled designers, engineers and architects. They prepared for the conquest, capturing minor Byzantine outputs, taking control of the strait and cutting Constantinople off from the Black Sea and aid.

Al-Fateh also ordered the construction of a road of greased logs across Galata on the north side of the Golden Horn, and dragged his ships over the hill, directly into the Golden Horn on 22 April, bypassing the chain barrier which the Byzantines had placed to protect the city. And then they used a large canon to destroy the famous walls of Constantinople which had kept the city safe. The huge bronze split canon hadn’t existed in Europe before and it could fire over a range of one mile.

The Muslims today also carry the same intelligence, military might and determination within the Ummah We have the strength which was seen during the time of the Khilafah – we have the resources: military, oil, gas, water, and human population.

– The Muslim world has control over the key strategic naval straits including the Red Sea, Persian Gulf, Black Sea, Caspian Sea, Mediterranean, Bay of Bengal and the Strait of Gibraltar between Morocco and Spain. They have access to the straits of Hormuz through which one third of the world’s oil travels.

– They have access to oil and gas, with 75% of the total global oil reserves of the world. In contrast the USA has about 2% of total oil reserves and the Western countries only have 4%. (Source: GlobalResearch)

– According to Stockholm International Peace Research Institute (SIPRI), there are nine countries that have access to nuclear weapons and Pakistan is one of them. (Source: The Independent)

The issue isn’t a lack of resources; it is a lack of unity and leadership. We have the resources, as shown from the statistics above. But we lack the leadership of a ruler like Muhammad Al-Fatih who was able to combine the resources of the Ummah and used it to fulfil the prophecy in the hadith.

The Prophet Muhammad ﷺ said «لَتُفْتَحَنَّ الْقُسْطَنْطِينِيَّةُ فَلَنِعْمَ الْأَمِيرُ أَمِيرُهَا وَلَنِعْمَ الْجَيْشُ ذَلِكَ الْجَيْشُ» “You will open Constantinople, the Amir will be the best Amir, and the army the best army.” Narrated by AhmadThis is in contrast to the situation today where we are disunited and divided into nation states originally created by the Western colonial nation. Our rulers focus has shifted from the fulfilment of Allah’s laws to secular laws, and they actively keep us divided and give legitimacy to manmade law and nationalism.

This has happened all over the Muslim world. Turkey, which was once central to the Islamic State, is a secular state. Islam isn’t even accepted as the state’s religion. In countries, like Pakistan, where Islam is the state’s religion, the rulers don’t implement the Allah’s laws. They use the democratic law as the basis of their ruling, trying to convince the Ummah that the existence of an Islamic council, with no real power, is enough. It is not; Islamic law has to be the basis of the ruling system- not something that you pay lip service to in order to appease the citizens.

Allah (swt) said, أَفَغَيْرَ اللَّهِ أَبْتَغِي حَكَمًا وَهُوَ الَّذِي أَنزَلَ إِلَيْكُمْ الْكِتَابَ مُفَصَّلاً “Shall I seek other than Allah as a source of law, when He has revealed to you this book which is fully detailed?” [Surah Al-An’am 6:114].  مَا فَرَّطْنَا فِي الْكِتَابِ مِنْ شَيْءٍ “We did not leave anything out of this book” [Surah Al-An’am 6:38]. وَمَنْ لَمْ يَحْكُمْ بِمَا أَنزَلَ اللَّهُ فَأُوْلَئِكَ هُمْ الظَّالِمُونَ “Those who do not judge by the law which Allah has revealed, they are the oppressors.” [Surah Al-Maidah 5:45]

The Messenger of Allah ﷺ said, «أَعَاذَكَ اللَّهُ مِنْ إِمَارَةِ السُّفَهَاءِ قَالَ وَمَا إِمَارَةُ السُّفَهَاءِ قَالَ أُمَرَاءُ يَكُونُونَ بَعْدِي لَا يَقْتَدُونَ بِهَدْيِي وَلَا يَسْتَنُّونَ بِسُنَّتِي فَمَنْ صَدَّقَهُمْ بِكَذِبِهِمْ وَأَعَانَهُمْ عَلَى ظُلْمِهِمْ فَأُولَئِكَ لَيْسُوا مِنِّي وَلَسْتُ مِنْهُمْ وَلَا يَرِدُوا عَلَيَّ حَوْضِي» “Allah save you from the leadership of the foolish ones.” The companion asked the Prophet, “Who are from the foolish leadership?” The Prophet replied, “Those rulers who will come after me and they will neither heed my guidance nor follow my Sunnah, so whosoever validated their lies and supported them in their treachery, will not be from me and I am not from them and they will not (be allowed to come near) my well, i.e. al-Kawthar.” [Ahmad]

Today, the ruler’s loyalty isn’t to Islam; it’s to their own pockets. They will allow the West to maintain their power as it means that they will be able to continue benefiting from the existence of the Western liberal system.

As a result, the Muslim Ummah is in turmoil. In the Yemen War, Saudi Arabia, a country with so called Muslim rulers, led a coalition into war and now the country is seen as being caught in the world’s ‘largest humanitarian crisis’.

Pakistan is allying with China for economic benefits, despite the fact that China is currently persecuting the Uighur Muslims.

These are just two examples of the reality that can be found across the Muslim world. This has created a situation where the Muslim Ummah is left weakened and under the mercy of the West, which actively exploit our resources for their benefits and attack the Muslim women and children with no fear of retribution.

In order for us to change this situation, we need to re-establish the Islamic State so that we are reunited under the Islamic rule, so that we will be able to utilize the resources the Muslim Ummah possesses and reach the strength that we once had.