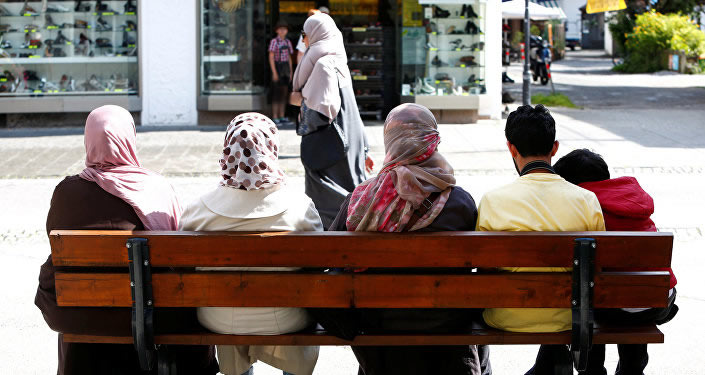 Minister of Integration, Mattias Tesfaye, stated in an interview in Jyllands Posten on 22 / 1-2021 that the “second half” in the value struggle against Islam is underway! The first half, according to the Minister, was to slow down migration from Muslim countries, while the “second half” must deprive Muslims of their Islamic identity by law, including with a forthcoming ban on Muslim schools.

According to the government, all state institutions must be mobilized in this battle of ideas. “If not, the Social Democratic government will do it for them,” Tesfaye warned.

He added: “One can say that a large part of Islam today is represented by extremists. What I consider to be extreme views is mainstream views in some Muslim circles. For example, the view of homosexuality, that the Koran is above the constitution, and that women must be covered outside the four walls of the home.”

The minister made no secret of what in Islam he considered to threaten the welfare state itself: Islamic prayer, alcohol ban, women’s clothing and gender-segregated swimming were among the examples of “extreme” and “dangerous” elements of Islam. All of them are Islamic rules that have been made explicitly mandatory in the Islamic texts, and which only bring security, harmony and welfare to people and society if they are practiced.

In the past, the Assimilation Minister has scandalously demanded that Muslim organizations legalize fornication before marriage and called the Islamic prayer call a “battle cry.” The only form of Islam that politicians will accept is a so-called “Danish Islam”, as the Minister put it: “There must be Danish Islam in Denmark. And there must be less Middle Eastern Islam in Denmark”.

The government demands of the Muslims that they must invent a “Danish Islam” that fits into the society and in which the Qur’an is not above the constitution. An Islam without Sharia, Islamic dress, gender segregation, alcohol ban and fornication ban. Where children are not brought up with values ​​such as virtue and decency, as this, according to the Minister of Assimilation, is an expression of “negative social control”.

This demand for change of the Qur’an from authoritarian ignorants is not new. It was also a demand that the elite of the Mecca society in powerlessness faced the Prophet Muhammad (saw) as they could not disprove him intellectually.

“When Our clear verses are recited to them, those who do not expect to meet Us say, “Bring another Qur’an than this, or change it!” Say: “It is not for me to change it by myself. I only follow what has been revealed to me. I certainly fear the punishment of a Mighty Day, if I defy my Lord.” [Yunus 10:15]

We want to send the following message to the Minister of Assimilation and the Danish government:

Islam is based on a rational view of life that Muslims are intellectually convinced of. The arguments that inevitably prove the truth of Islam are irresistible. Therefore, you will never succeed in forcibly assimilating us Muslims into your secular view of life with mind control and discriminatory laws.

If you dream that we must give up our Islamic values, then make arguments that your secular view of life is more true than ours. Or that your individualistic and materialistic lifestyle harmonizes better with human nature than Sharia. However, you will never be able to do that, and therefore you should already face the fact that the “second half” of your fight against Islam has already been lost even before the whistle is blown.