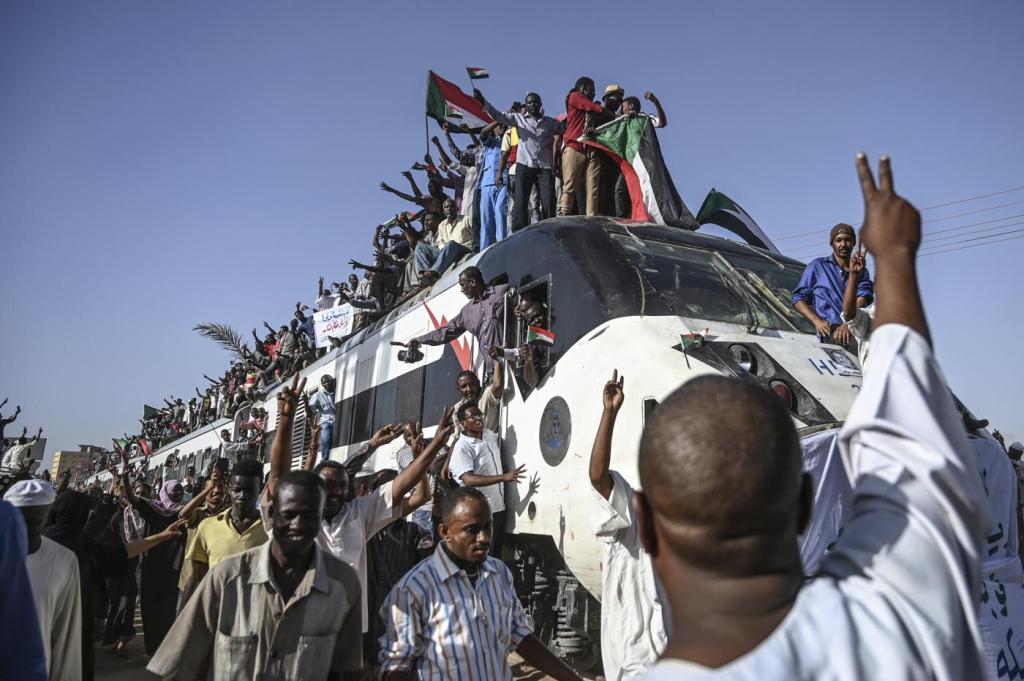 Yesterday, hundreds of thousands of young revolutionaries took to the streets in the capital Khartoum and other cities of Sudan in response to the so-called the “million man march” June 30 which was called for by the Sudanese Professionals Association and Forces of Freedom and Change to demand the handover of power to civilians from the military council, that has been evasive over the past period, to gain people’s support  using the same methods of the old regime to rally and get support: by buying souls, gathering people through tribalism and regionalism, and other well-known ways of gathering to people. But yesterday’s events proved that everything the military council had done to win people and support had failed. People came out in thousands without temptations, only because they think things are going from bad to worse, and that the military council is only an extension of the former regime.

However the worst thing about this march is its call for a civil state, which means secularism, that is, the reproduction of the former regimes themselves, that people suffered its injustice and evil; the civil state is not different from the military state in the foundation and rotten source from which they take their systems and organize their lives; by separating life and politics from the creed of the Ummah; the great Islam, and the establishment of all aspects of life on the basis of man-made law; where the laws and systems that govern people’s lives are based on the whims of men. So the military state and the civil state are two sides of the same coin; neither the civil state nor the military state will deliver the desired justice, for justice is exclusively in Islam. And the life of dignity is solely found in the rules of Islam, Allah (swt) says: فَمَنِ اتَّبَعَ هُدَايَ فَلا يَضِلُّ وَلا يَشْقَى * وَمَنْ أَعْرَضَ عَن ذِكْرِي فَإِنَّ لَهُ مَعِيشَةً ضَنكًا “…then whoever follows My guidance will neither go astray [in the world] nor suffer [in the Hereafter] * And whoever turns away from My remembrance – indeed, he will have a depressed life” [TA-HA: 123-124].

O youth of the revolution, and the people of Sudan, the decent life you seek will not be found in a (civil) state or in any other man-made systems, but rather in the system of Islam the Khilafah Rashidah (righteous Caliphate) on the method of Prophethood, so work with Hizb ut Tahrir – the leader that does not lie to his people – to establish the state of truth and justice, and ask the military council to hand over power to the Hizb, to establish the second Khilafah Rashida (righteous Caliphate) on the method of Prophethood.