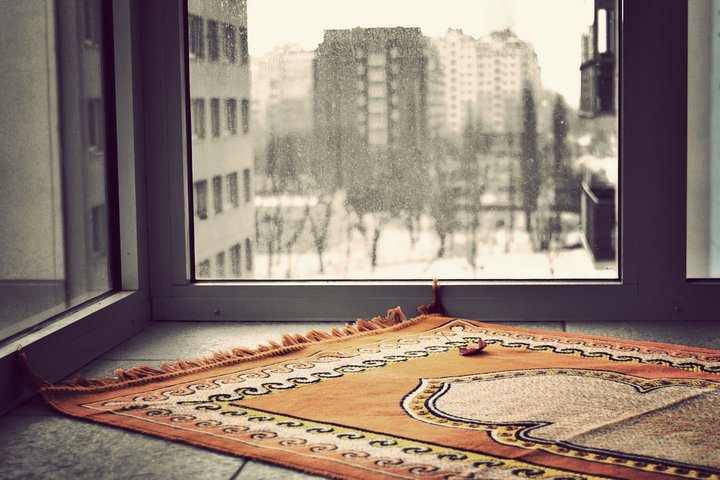 This is how Allah the Almighty describes the Believer. However, we witness some Muslims admiring disbelief, disobedience or sin instead of avoiding it and regarding it detestable. They regard pork as haram (detestable) while at the same time regard the use of interest in their business as necessary. Whereas Islam describes interest as waging war against Allah (swt) and His Messenger ﷺ. Democracy is kufr and shirk… Yet there are Muslims who give authority to the man and praise it. Secularism is kufr and challenging Allah, yet there are Muslims who demand the exclusion of Allah’s orders of lively affairs. The measure for deeds should be Halal and Haram, but some orientate at benefit and loss. Despite the fact that Allah (swt) ordered to turn away from the Kuffar and polytheists, but there are some who advocate reconciliation and alliance with them. There are much more examples like these…

How is it possible that Muslims fall in such a contradiction? Thus; thinking is of indisputable significance for human life. The ability to think in a correct way is what distinguishes the human being from the animal. Thinking is the process of judging about things and events through using the mind. A person elevates from the status of the animal through his ability of acting according the judgements he reached after thinking. On the contrary; a person, who does not think, acts according his desires and whims, like the animal. This is a fact that Allah (swt) describes in the Qur’an: أَرَأَيْتَ مَنِ اتَّخَذَ إِلَهَهُ هَوَاهُ أَفَأَنتَ تَكُونُ عَلَيْهِ وَكِيلاً * أَمْ تَحْسَبُ أَنَّ أَكْثَرَهُمْ يَسْمَعُونَ أَوْ يَعْقِلُونَ إِنْ هُمْ إِلَّا كَالْأَنْعَامِ بَلْ هُمْ أَضَلُّ سَبِيلاً “Have you seen ˹O Prophet˺ the one who has taken their own desires as their god? Will you then be a keeper over them? Or do you think that most of them listen or understand?1 They are only like cattle—no, more than that, they are astray from the ˹Right˺ Way!” [Al-Furqan: 43-44].

This verse basically emphasizes the importance of thinking, rational thinking. As to the Muslims; the Muslim is not just an average human being. He is the one, who made an agreement with his Lord by stating LA ILAHE ILLALLAH, MUHAMMED ER-RASULULLAH. The word “ilah” means, “You are the one whom I worship, to whom I bow; and I only live according to what You have revealed, and in which I believe – Your Qur’an and the path of Your Messenger.” A Muslim is a person, who submits his thoughts, desires, emotions, and actions to the One Lord. Therefore, his personality is called the Islamic personality, the Islamic character. And this is the personality a Muslim should hold on to.

A person’s personality is built upon his mentality and behaviour, which are shaped according a certain idea. The mentality is the structure of his thinking, the concepts based upon a certain idea, while his behaviour are the actions driven by his inclinations, i.e. his instincts and organic needs.

In order to develop an Islamic personality, a person’s mentality has to be built upon the Islamic Aqeedah (creed). Thus for a Muslims, it is his Lord and his Creator, who defines good-evil, correct-incorrect, pleasant-ugly.

Thus these concepts also shape a Muslims emotions and desires, which result in a certain way of conducting actions, namely conducting good actions, and eventually gain him the Islamic personality. Indeed the Messenger of Allah ﷺ tells us how a Muslim’s mentality and inclinations should look like: «لَا يُؤْمِنُ أَحَدُكُمْ حَتَّى يَكُونَ هَوَاهُ تَبَعاً لِمَا جِئْتُ بِهِ» “None of you [truly] believes until his desires are subservient to that which I have brought.” [Bukhari, Muslim].

Our Lord warns us in the following verses of being contradictory in our mentality and inclinations: أَتَأْمُرُونَ النَّاسَ بِالْبِرِّ وَتَنسَوْنَ أَنفُسَكُمْ وَأَنتُمْ تَتْلُونَ الْكِتَابَ أَفَلاَ تَعْقِلُونَ “Do you preach righteousness and fail to practice it yourselves, although you read the Scripture? Do you not understand?” [al-Baqarah: 44].

This is how you build up an Islamic identity. This will produce the basic features of this mentality. The first feature is the entrenched awareness of servitude to Allah, which grows with compassion and obedience. The second feature is to find out the Shari rule before taking actions, without exception, as is stated in the following verse: وَلاَ تَقْفُ مَا لَيْسَ لَكَ بِهِ عِلْمٌ إِنَّ السَّمْعَ وَالْبَصَرَ وَالْفُؤَادَ كُلُّ أُولـئِكَ كَانَ عَنْهُ مَسْؤُولاً “Do not follow what you have no ˹sure˺ knowledge of. Indeed, all will be called to account for ˹their˺ hearing, sight, and intellect.” [Al-Isra: 36].

The third one is to view the result of the matter from the perspective of the Hereafter. This means, at is absolutely imperative to decide according the measure of what is permissible or not permissible. Indeed, Allah (swt) ordered: يَا أَيُّهَا الَّذِينَ آمَنُوا اتَّقُوا اللَّهَ وَقُولُوا قَوْلاً سَدِيداً * يُصْلِحْ لَكُمْ أَعْمَالَكُمْ وَيَغْفِرْ لَكُمْ ذُنُوبَكُمْ وَمَن يُطِعْ اللَّهَ وَرَسُولَهُ فَقَدْ فَازَ فَوْزاً عَظِيماً “O believers! Be mindful of Allah, and say what is right. He will bless your deeds for you, and forgive your sins. And whoever obeys Allah and His Messenger, has truly achieved a great triumph.” [Al-Ahzab: 70-71].