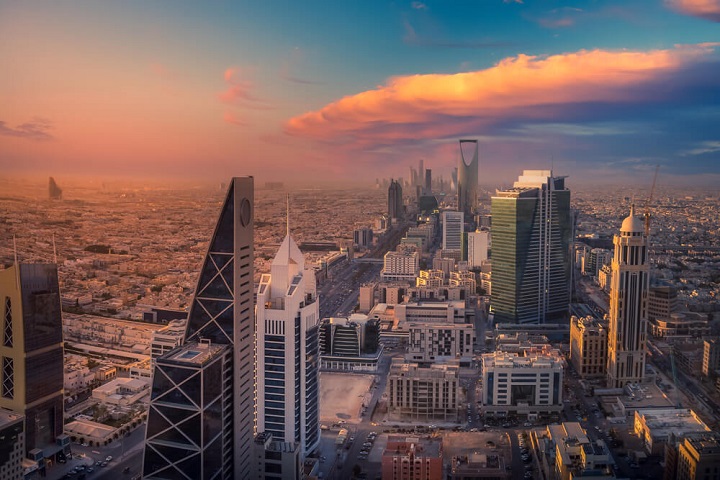 On the authority of Abu Ubaidah bin Al-Jarrah, may Allah be pleased with him, said: The last thing the Prophet (saw) mentioned was:

The visits made by the thugs of the Jewish entity to the land of the Hijaz are still systematically revealed, to further create a feeling of defeat in the Islamic Ummah. The military correspondent of Channel 13 of the Jewish entity broadcasted his trip to the city of Riyadh, and how he toured its markets while speaking Hebrew and addressing the people of the city and telling them that he is from the Jewish entity.

The question is how did this criminal enter the country? Where are the security services of the Al Saud rulers, famous for their ability to suppress the people? Where is the airport security that read Alon Ben David’s name and did not stop him and investigate him? Where is their police system that monitors Friday sermons and people’s discussions on social media and their conversations in cafes?

Do they want people to believe that none of the Muslims of the Hijaz was surprised and informed security that they saw a Jew roaming the streets of Riyadh? … Rather, they are involved in the conspiracy against the island of Islam.

America and those who assist it from among the traitorous rulers are unable to coerce the Islamic Ummah to accept normalization with the monstrous entity. Rather, its women will be nursing its young with hatred to this entity, and its men will prepare its youth for an appointed time that the Messenger of Allah (saw) concluded with the Jewish entity when he (saw) said:

“The last hour would not come unless the Muslims will fight against the Jews and the Muslims would kill them until the Jews would hide themselves behind a stone or a tree and a stone or a tree would say: Muslim, or the servant of Allah, there is a Jew behind me; come and kill him; but the tree Gharqad would not say, for it is the tree of the Jews.”

“O you who have believed, do not take the Jews and the Christians as allies. They are [in fact] allies of one another. And whoever is an ally to them among you – then indeed, he is [one] of them. Indeed, Allah guides not the wrongdoing people” [Al-Ma’ida: 51].