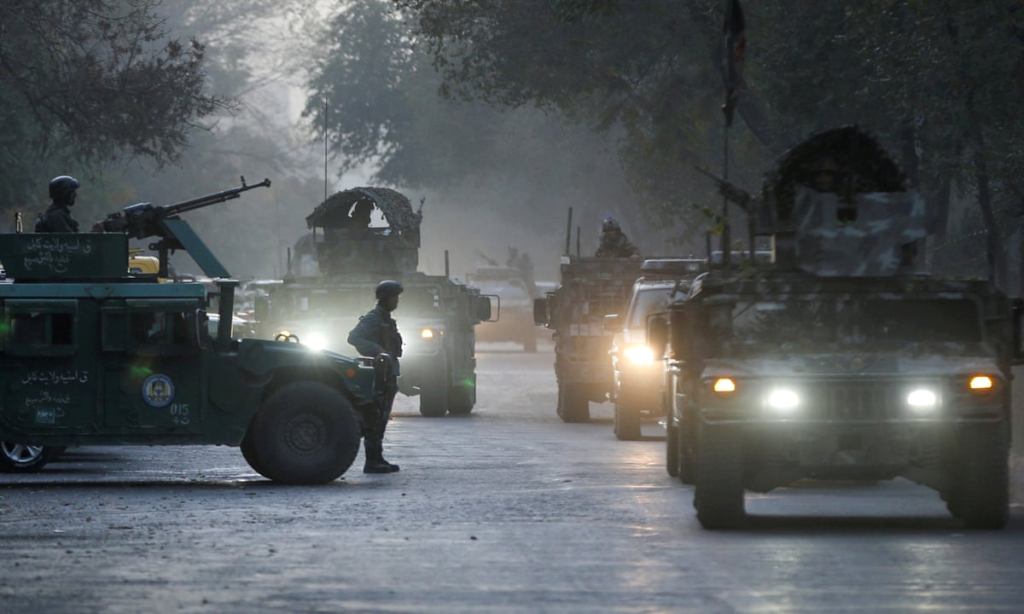 At around 11:00 a.m. on Monday, November 2, three gunmen stormed Kabul University, killing 22 civilians and wounding more than 40 others. Eighteen of the dead were students and one was an employee of the university. According to media reports, the so-called Islamic State (ISIS) claimed responsibility for the attack. However, two days later, a video released by ISIS apparently denied the group’s involvement in the incident and blamed the Taliban for the attack. The Afghan government has officially claimed that the assault was carried out by the Taliban. However, the Taliban have denied their involvement in the attack.

The US and NATO forces have been residing safely from any kind of armed attacks and war in Afghanistan following the US-Taliban peace deal. As Intra-Afghan negotiations for peace has begun, the war between government forces and the Taliban has escalated to an unprecedented level – even Masjids, educational institutions and universities are targeted heinously in Kabul city in recent days. In fact, during 20 years of occupation and intense surge of war in Afghanistan, however, no such brutal attacks have been carried out on educational institutions, especially universities.

If one happens to see the contradictory stances of military and intelligence sector, vague statements of the rulers, the complexity and mysteriousness of such attacks as well as the evidence left over from the mentioned incidents, it clearly implies that those, who believe to be losing their current power, or will be sued for a trial and/or eventually put into exile as a result of the peace settlement, seem to be behind such horrors. In addition, the staging and political exploitation of the incident by the Afghan government, such as: an overnight hanging of posters on the walls of the campus and launching demonstrations calling for boycott of Doha talks, clearly indicate that the only side to benefit from such attacks seems to be the Afghan government. Therefore, one cannot apparently deny the involvement of security and intelligence agencies in such incidents.

Meanwhile, the wicked behavior of Machiavelli’s apprentices – who are strongly determined to employ any kind of trickeries and resources just to preserve their power, wealth, fame and interests – suggests that the these secular rulers and their intelligence agencies were behind the incident, and they deliberately scheme the incidents to be entirely mysterious in order to portray the picture of government as an angel of salvation to the public opinion. Eventually, the witchery returned to the witch herself. The incident was so bloody and horrific; that’s why, most people, including members of parliament and other institutions, believe that the current rulers are the only ones who projected these incidents in order to preserve their power, wealth, fame and interests by leading the peace talks toward a real flop. On the other hand, these rulers are trying to communicate to their Western masters that the withdrawal of the occupation forces will cause more terror, perpetuated by Taliban in Afghanistan. Therefore, there is no doubt that the government and its intelligence apparatus have conspired such incidents in order to preserve and survive as well as to sabotage and stop the ongoing peace talks.

In addition, most of those killed in the attack on Kabul University were female students. Whereas in the past, the dignity of women used to be relatively protected throughout the wartime conditions in Afghanistan, and most Afghans – excluding the occupation forces – have typically respected the women’s dignity during wars. But the prevailing dictators of time have exceeded all boundaries of the instructions of religion, social culture and values ​​of the Muslim people of Afghanistan.

If we look at the reality of the current dangerous games, we can clearly see the crimes, terror, betrayal and shedding the blood of people through the actions of the rulers because they do not value anything except power, throne and wealth. While the people are all Muslims, but these rulers have applied anything on Muslim people of this geography other than Islam that has led to nothing but murder, terror, unemployment, poverty and prostitution.

Given this, there is no other way to protect our blood, honor, values ​​and lands other than to establish the Islamic State (Khilafah Rashidah – rightly guided Caliphate) and eradicate all forms of occupation and colonialism. Hence, there is an urgent need to say NO to all Western thoughts, systems and solutions, and to immediately grasp the rope of Almighty Allah – the solution to practical problems of the people: from domestic to foreign policy, from government to judiciary, from security to economy, and from electricity to controlling water and dams.