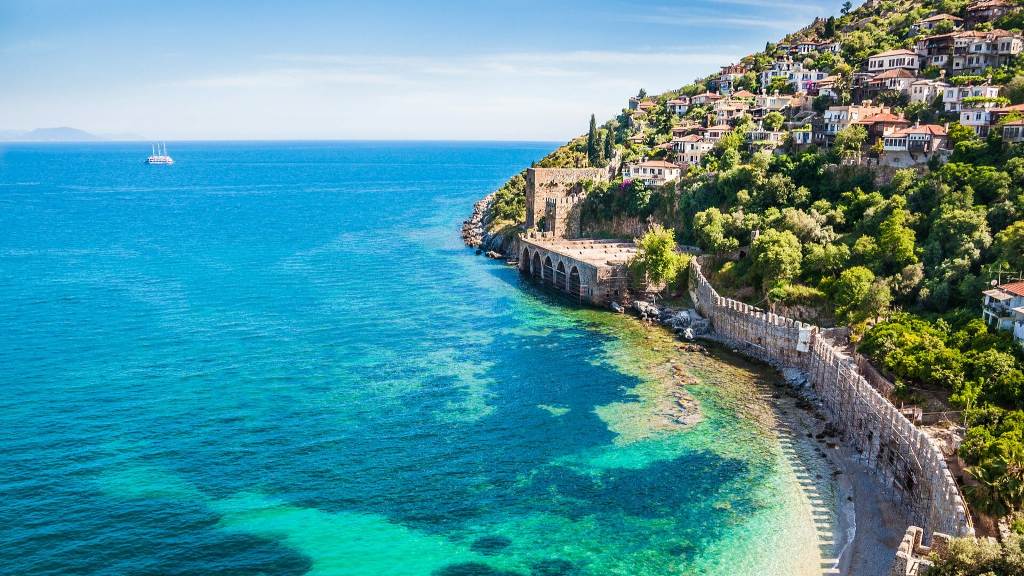 President Erdogan made statements regarding the agenda during a meal with AK Party’s Provincial Organization of Rize. Regarding the tension in Eastern Mediterranean, he stated “Oruc Reis will maintain its activities until August 23. We will not let a slightest attack go unanswered”. (Sputnik Turkey 15.08.2020)

The rulers of dozens of states, established after the abolishment of the Ottoman Khilafah State, have acted like an orderly of the Westerners. And they still continue to do so. The fact that countries like Turkey, Libya, Egypt have lengthy coasts on the Mediterranean but a very limited influence, is the explanation of this situation. In fact, the power struggle in the Mediterranean results from America’s, Europe’s and Russia’s policy of possessing the hydrocarbon reserves, ensuring the control of energy transmission lines and waterways and controlling the region by military presence. The fact that they attack our resources with their energy companies like hungry dogs who smell blood, is the struggle of economically getting the upper hand. Surely, without hegemon powers and treacherous and local collaborators, they would not have achieved it. These agents had presented the Ummah’s oil and mines to the disbelievers before.

It should not be forgotten that the crises Turkey recently has experienced with Greece in the Mediterranean, is a result of the Treaty of Lausanne. This being the case, we even have not been able to give the Greeks, who are the servants of Greece, a strong answer until today, let alone to put Greece on its place. After Turkey signed an Exclusive Economic Zone Agreement with Libya in November 2019, Greece also signed a similar agreement with Egypt in the previous days. This situation comes to mean that the exclusive economic zones of Turkey and Greece inevitably clash with each other. The fact that Turkey reported that it sent its seismic ship to regions it considers as its continental shelf and that it will conduct research until August 23, is a simple move which has not any deterrence. So far, Greece has armed dozens of islands next to us. It almost claims and harasses places next to Turkey’s territorial borders. The fact that President Erdogan still says that they will give the necessary answer, is far from seriousness.

Our ancestors had buried the Crusader army in the waters of the Mediterranean with the Preveza naval victory, and conquered West Africa. In this way, the big Mediterranean was becoming the Muslims’ lake. Today’s rulers on the other hand, unfortunately have become a toy of spoiled and impertinent states as almost being imprisoned within their territorial borders. Moreover, although they possess dozens of resources of the Ummah, they expect the solution from states who are the source of the problem and bandit organizations like the UN and EU. Neither the east of the Mediterranean nor another region of it is as precious as not to use it for political interests. Just as ensuring the territorial integrity of the Islamic Geography is an absolute must. Similarly, rejecting another presence on the Mediterranean other than the Muslims is also an absolute must for us. This is compulsory for the safety of the Ummah as well as the safeguard of the resources.

Of course, this will belong to rulers who only have the fear of Allah in their hearts, take the orders of Allah as a base in their reign and implement the Ahkaam Sharia in every area of life. Governments and rulers who have allegiance to America, who are dependent on the West and bound to Russia, are light years away from this will. The day when upright men rule with the Deen of Allah, life will be made unbearable for the Crusader disbelievers in the seas as it happened before on land. With the permission of Allah, they either go away from the geography of the Ummah or be buried in the ground or water.