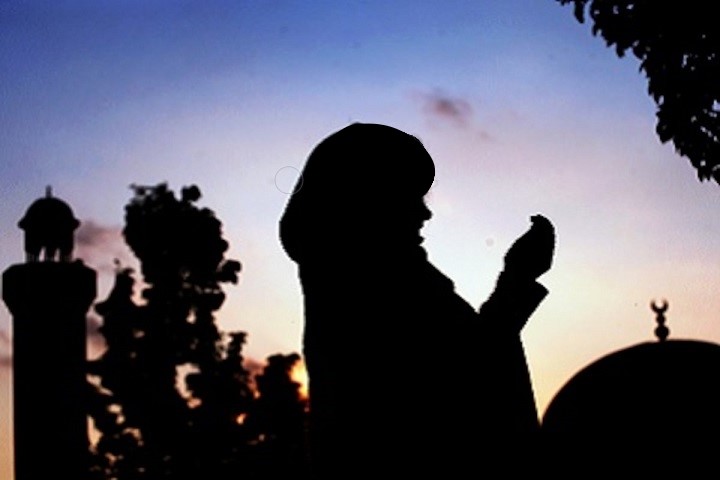 As part of the follow up by the Women’s Section of Hizb ut Tahrir / Wilayah of Tunisia of the programs broadcasted by local media on the occasion of the month of obedience and blessings, Ramadan 1443 AH, we noticed the secular regime’s recruitment of audio-visual media in order to empty the month of its lofty spiritual meanings and to harm its sacredness, by broadcasting television and radio programs and drama aimed at combating the foundations of the Islamic creed, to distract the people of the country from their identity and creed.

In fact, the war against Islam as a system is neither new nor emerging, but its pace has accelerated since the outbreak of the revolution, and it became fiercer after the secularists realized that the people of the country went out to overthrow the regime and call for the system of Islam, demanding the implementation of legislation according to what their Islamic creed dictates. Despite all what they did, either in the context of a blatant war against the concepts of Islam, or others hidden under the cloak of Islam.

We in the Women’s Section of the Media Office of Hizb ut Tahrir in Wilayah Tunisia view that the informative and dramatic material presented by most Tunisian Media which is sponsored by the secular government aims to:

– Undermine the status of this great month, the month of obedience and worship, by spreading fascination with series and variety programs to keep people away from obedience to Allah (swt) and His Noble Messenger (saw).

– Serve the political goals of the secular system; by distorting the rules of Islam, especially its social system, which defines and treats the relationship of women with men, especially in the context of their efforts to consolidate and establish what was delivered by the corrupt agreements such as the CEDAW agreement and the local laws that emerged from it, by spreading its concepts through media programs and dramas that market for vice and debauchery.

– Spread strife and discord between spouses and preoccupy them with conflicts that contribute primarily to the absence of the family’s role in building a reviving society.

– Sow doubt among Muslims about the ability of Islam and its rulings in addressing the problems of society in general and the family in particular.

– Spread despair in the hearts of the people of the possibility of achieving change on the basis of Islam, which revives the country from its crisis.

– Attack the sound human nature of our children and killing their innocence, which shows the falsity of their claims to protect childhood and promote the mental health of the child and facilities. Our evidence is what the Minister of Women and Family announced about the alarming numbers regarding the rise in suicide attempts among children, which reached 194 cases in 202. These numbers only reflect the fruit of the secular system.

– Distract people’s minds and diverting them with side issues to prevent them from thinking seriously about uprooting colonialism and its tools.

– Polish the image of the secular civil state that has no role other than fighting Islam by excluding it from people’s lives.

– Spread a lie that Islam oppressed women and restricted their freedom. That their happiness, gains and rights would only be achieved under the civil state, deliberately ignoring what Islam and its state presented, the Khilafah state, for women, which brought about a real revolution in her status and rights and raised her dignity. The reality is that the Khilafah (Caliphate) State supported women in holding their leaders accountable, at the top of which is the Caliph of Muslims, without fear and openly, according to the guidelines of the great Shariah. Women have enjoyed a prosperous and secure life under the Islamic Khilafah.

Accordingly, we in the Women’s Section of Hizb ut Tahrir / Wilayah of Tunisia, announce that we will expose all the attempts of the secular regime and those in charge of it that aim to mislead the Ummah from its great Deen, destroy Muslim families and strip our children from their creed, and we call upon every Muslim who is protective of his Deen to stand with us against these fierce secular attacks on Islam and its people. And to save the people of Tunisia from the clutches of secularism by resuming the Islamic way of life.

“Indeed, those who like that immorality should be spread [or publicized] among those who have believed will have a painful punishment in this world and the Hereafter. And Allah knows and you do not know” [An-Nur: 19].