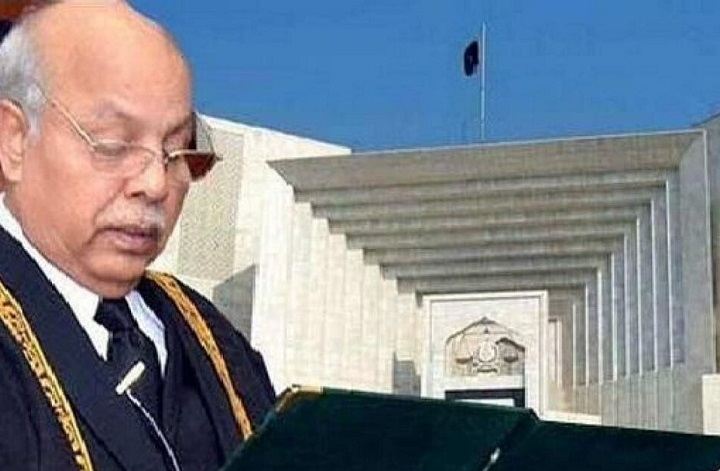 ISLAMABAD: The Supreme Court on Tuesday rejected the plea of Attorney General for recalling its order to demolish the Madina Masjid at Tariq Road, Karachi. (Source: thenews)

“The master of the martyrs is Hamza ibn Abdul Mattalib, and a man who stands (in front of) an oppressive ruler and enjoins the good and forbids the evil and so is killed for it”.

The Supreme Court, under the chairmanship of Chief Justice Gulzar Ahmed, ordered the demolition of Madina Masjid, Tariq Rd. This comes on the back of the ongoing demolition of Nasla Tower and the now completed demolition and rebuilding of Empress Market.

We all know this is not about the rule of the law, or Haq and batil. In this political conflict between factions it is the man on the street who suffers because this secular democratic system protects the elite and powerful.

That is why the institutions of our country seem to find the issues of Madina Masjid and Nasla Tower as key impediments to the solution to rampant inflation, gas, electricity and water shortages, unemployment, and corruption to name but a few.

That is why all institutions for the accountability of the masses are strengthened whilst the ruling elite continue their corruption.

That is why supposed encroachment rules are strictly implemented and Muslims evicted, but Hindu Mushrik who occupy and oppress Muslims are extended a hand of friendship.

That is why the FBR is strengthened to extract taxes from us, whilst those who lead us into corrupt, usurious and destructive IMF programs are placed into ruling.

That is why the institutions of the country have facilitated Kulbushan Yadav, Abhinandhan, Raymond Davis but done nothing for the likes of Aafia Siddiqui or the missing persons.

But those at the helm of these institutions will persist because of our silence. Our silence over Empress Market emboldened them, so they went on to demolish Nasla Tower and now turn their eyes on the house of Allah. It is time for us to rise up, root out this corrupt system, these corrupt rulers and their corruption.

“Fear the fitna which will engulf not only those who oppress.”[Al-Anfal: 25].