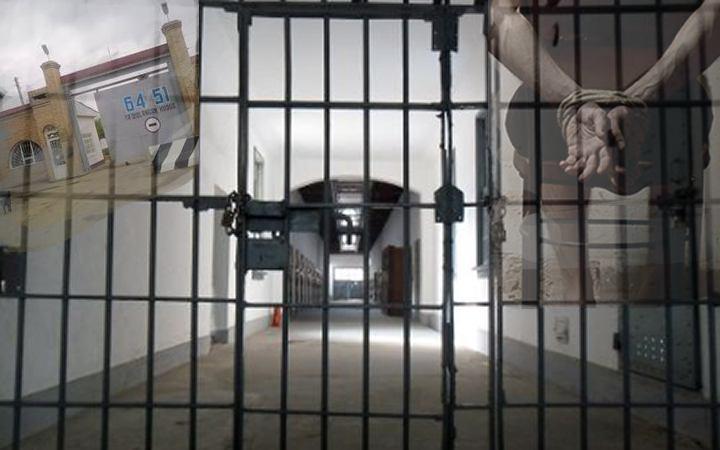 “To Allah we belong and to him we shall return”

Brother Ann Yevgeny martyred in Prison UYa-64/51, located in the city Koson District of Qashqadaryo Region, he was born in 1977, of Korean origin and a resident of the city of Tashkent.

Prior to the detention and trial, Yevgeny was a normal person of the people of Uzbekistan, and like most of his peers of Korean origin, he was not a believer in God, he lived his life without a purpose, and also without an aim, he was involved in criminal activity, he was arrested because of drug abuse and drug trade.

In prison, Yevgeny met the Shabab of Hizb ut Tahrir, who explained to him the ideology of Islam, its doctrine and system of life. Allah opened his heart to the Iman, and by the guidance and success of Allah Almighty he moved from the darkness of disbelief to the light of Islam. The belief penetrated his heart and he became one of the faithful guardians of Islam, and joined the Dawah carriers, the thick prison bars could not suppress the revolution of belief that was ignited in his heart.

The prison administration was surprised when they learned that the Korean prisoner Yevgeny had converted to Islam and started to call for the resumption of the Islamic way of life and for the establishment of the righteous Khilafah on the method of Prophethood. Therefore, the guards started to torture him, and in various ways they tried to dissuade him from Islam and make him return to atheism, but he held his stance firmly, and increased in resolve to obey Allah, and determination and patience in obedience to what he was facing from the scourge of torture on top of the scourge of prison. On 8/10/2015 the guards moved Yevgeny to another quarters, where the henchmen of the criminal leader (Jelola) were waiting for him, these criminals beat Brother Yevgeny with barbaric and brutal force that led to his martyrdom (as we assume his martyrdom, and Allah is the Reckoner).

This reminds us of the incident in the Hadeeth narrated by Al Bara bin Aazib (may Allah be pleased with him):

Faith has entered the heart of our Brother Yevgeny not long ago, he became stronger with his belief than the tyrant Karimov and his butchers, and he defeated them with his persistence, patience and sincerity in the promise of Allah after Allah Has blessed him with the blessing of belief.

As we pray to Allah Almighty to accept our Brother Yevgeny and resurrect him with the Prophets and the Siddiqeen and Martyrs, let us renew our covenant to proceed steadfast like solid mountains unrelenting in our struggle against the tyrants who spread corruption on earth, until we meet Allah, while He is pleased with us, may He سبحانه وتعالى honour us with His aided victory to the whole Islamic Ummah, and we destroy the global shackles of slavery of colonialism of the cheap agents who are cursed by Allah and the angels and the believers, and then we proceed to the liberation of mankind from the global abomination of colonialism and its filth.

“Among the believers are men true to what they promised Allah. Among them is he who has fulfilled his vow (to the death), and among them is he who awaits (his chance). And they did not alter (the terms of their commitment) by any alteration.”