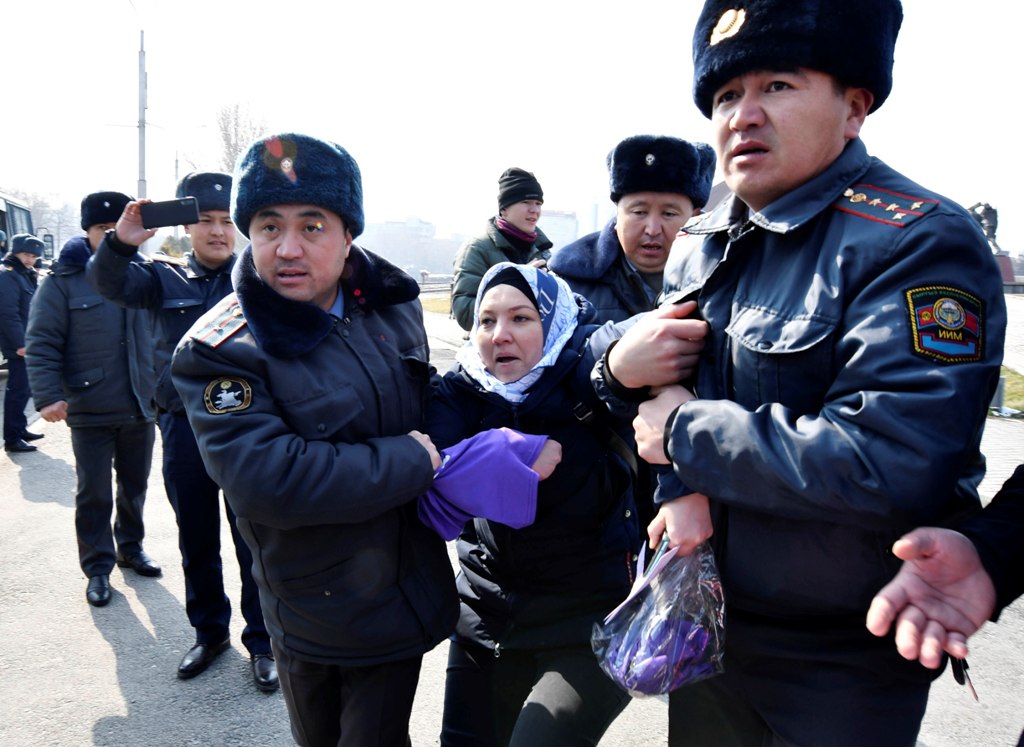 The people of Central Asia experienced torments under the rule of the Tsars, and after them the rule of the Communists under the Soviet Union, who ruled them with an iron fist, demolishing mosques and turning them into pubs or stables for horses. The Muslims there barely took a breath after the collapse of the Soviet Union and the decline of its rule, before the rulers of villainous agents came to them; and their rule did not differ from those who preceded them by anything, for all of them agreed on the war against Islam while they were in enmity to Allah (swt) and His Messenger ﷺ and the believers alike.

The regimes in Central Asia without exception wield their sword without embarrassment in a relentless war on everything related to Islam. Its rulers know very well that the Muslims there will not hesitate to return to their religion at any opportunity that arises for them. And they know with certainty that the return of Muslims to their religion and the prevention between them and it means the collapse of their regimes and the demise of their thrones.

Religious parties are banned without exception. There is no party with an Islamic orientation officially registered in any Central Asian country except the Islamic Renaissance Party in Tajikistan. Governments are also working to dry up the intellectual springs that nourish Muslim youth and keep their connection with their faith strong. The anti-terrorism laws enacted by these regimes, such as the Freedom of Belief and Religious Practices Act enacted by Tajikistan in 2009, resulted in the closure of thousands of mosques and religious schools that were established after the collapse of the Soviet Union.

In 2011, the government enacted the “parental responsibility” law, by which it prohibited young men and women under the age of 18 from attending mosques, and the families of violators were subjected to fines and penalties under this unjust law. In light of these repressive regimes that target not only political parties and places of worship, but every manifestation of Islam is being targeted, it is being fought and its perpetrators are punished as if they were criminals! And the tongue of these systems is like the people of Lot uttering: “Drive them out of your town, these are indeed men who want to be pure (from sins)!”

Beards have been fought, men who grow their beards punished, and the wearing of the khimar, i.e. the head covering, is prohibited in government departments, markets, public transport, and workplaces, and police officers remove the veil from the heads of those who wear it on the streets. As for the face cover, it disappeared permanently years ago. Rather, the criminality of the regimes, including the Kyrgyz regime, made them fight the Book of Allah Almighty, and as if they did not know the outcome of the war against Allah and His Noble Book. Everyone who is proven to keep a copy of the Book of Allah is punished with imprisonment and even torture that leads to martyrdom. They want to separate the Muslim generations from their Quran, just as they separated it from the Arabic language, after they banned the circulation of Arabic letters and imposed Latin as symbols and Russian as a first language.

These crimes against the Muslim people are carried out under the sight of the United Nations and the major countries that cover up the crimes of their agents and support their influence that serves their interests, which makes it like someone who eats the idol of dates that he made yesterday, as all these silent crimes expose the false claims of human rights and freedoms.

The West, which is waging with all its weight a relentless war to pass projects under glamorous names such as liberating women, empowering women, and protecting the family, and all the existing regimes in Muslim countries serve it, is silent upon arrest of six young Muslim women who support their families, and some of them are caring for their helpless parents, and those who care for their paralyzed granddaughter, and who takes care of young children.

The West is blind to the criminality of the regime in Kyrgyzstan, after its arrest of these women, as it blinded to the arrest of Zulfiyya Amonova, and the killing of her heroic father, and turning a blind eye to the arrest of Aafia Siddiqui… These pure and glorious women are not marketing projects for criminal regimes, and this increases their honor and rank, nor are they part of cheap Western agendas to exploit women and violate their dignity in the hands of women, and this raises them above the stars.

The system in Kyrgyzstan will not last forever, as injustice is not forgotten, and Allah is Ever-Lasting and does not die, and the day will come when the Ummah will avenge its religion and its daughters.

“And those who do wrong will come to know by what overturning they will be overturned” [ash-Shuraa: 227]