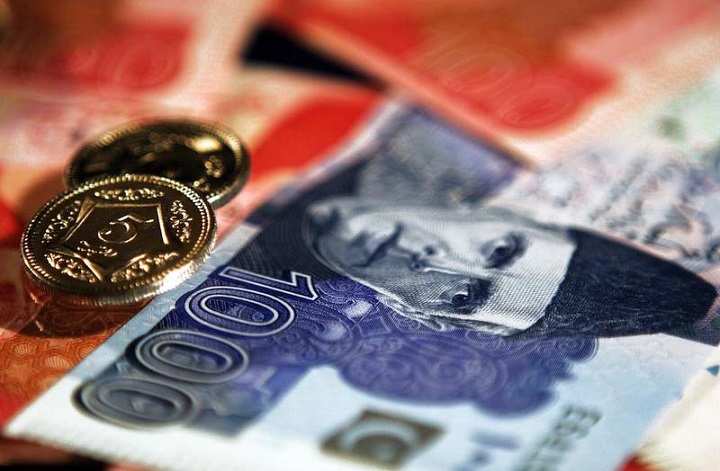 In Pakistan, from July 2018 to June 2021, the capital in circulation ballooned by 2,300 billion, whilst bank deposits soared by 6,000 billion. 8,300 billion rupees flooded into the system in just three years, whilst the country’s gross domestic product did not rise to match that surge, largely remaining stagnant. The inevitable result was a storm of inflation, as the Rupee’s purchasing power plummeted. The prices of all commodities skyrocketed, depriving the poor of the ability to buy basic necessities. The middle class is now drowning in debt, whilst the lower middle class is being forced to beg. Even the benefit of the modest increase in GDP was for a select band, due to the immense concentration of wealth in the capitalist system. So, O People of Power, who will come forwards to bury this rotting corpse of a system?

In Islam, there is no concept of fiat, paper currency, devoid of intrinsic value. The Khilafah’s gold dinar and silver dirham constitute the currency of the state. In Shariah law, a dinar is of 4.25 grams of gold, whilst a dirham is of 2.975 grams of silver. The Messenger of Allah (saw) said,

“The weight must be that of the people of Makkah.” (An-Nisai).

The currency based on gold and silver currency imposes discipline on government spending, as the government cannot simply print paper currency to cover expenses. Thus, the Khilafah’s stable gold and silver based currency protects the people from the generalized inflation that is seen in economies dependent on fiat, paper currency, that loses its purchasing power as more is continuously printed. Only a decrease in the supply or the increase in demand of an individual good can increase its price alone, whilst the state can undertake measured interventions to redress predictable falls in supply, well in advance, as part of its guardianship of the people.

To this day, almost all gold and silver produced in the world is safe, stable and stabilizing. In the 18th and 19th centuries, despite rapid fluctuations in production, gold and silver currency successfully supported stable prices. Being intrinsically rare and valuable, gold and silver currency retains its stabilizing ability today. It is also this currency that will end the established illegitimate dominance of the dollar in the world. The United States buys from the world’s markets with its paper money, whilst the rest of the world must earn dollars to import goods. Pakistan is buffeted by a storm of inflation, as the printing of notes to meet government expenditure weakens the currency before the dollar. Then, the depreciation of the Rupee against the dollar raises the unit cost of every import. To meet the shortfall in dollar reserves, Pakistan’s rulers then turn to the IMF, which extends its control of Pakistan’s economy, through interest based loans, steeped in oppressive conditions. The IMF then chokes our economy, making Pakistan dependent on the West and subservient to it economically and politically.

Asides from the Khilafah (Caliphate) on the Method of Prophethood, which system can end the global scourge of inflation? Rich in the world’s major energy and mineral resources, the Khilafah will use gold dinars and silver dirhams in international trade, walking the economies of the world back to the stable ground of gold and silver currency. The world has suffered under capitalism for too long and is primed for the return of the Khilafah with its Islam, spreading prosperity. The Messenger of Allah (saw) said,

“In the last days there will be a Khaleefah who will spend money and not even count it.” (Muslim).

Asides from Hizb ut Tahrir, which leadership can practically rule by Islam? So let the People of Power grant their Nussrah to Hizb ut Tahrir to set the world back on the right course.