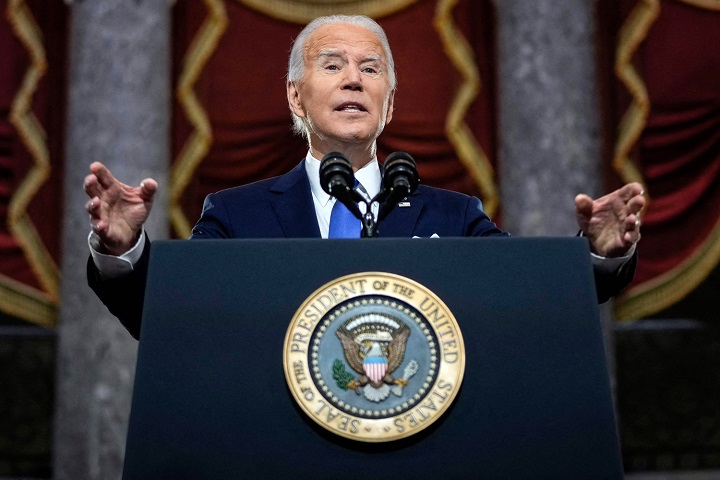 American President Joe Biden on Wednesday, 9 February 2022 issued a statement entitled, “Statement by President Biden on the Introduction of the Violence Against Women Act Reauthorization Act of 2022.” He ended his statement by saying that, “Combatting domestic violence, sexual assault, dating violence, and stalking should not be a Democratic issue or Republican issue. It’s a matter of justice and compassion. I am grateful that this critical bipartisan bill is moving forward, and I look forward to Congress delivering it to my desk without delay.” White House

Comment:
The legislation on Violence Against Women Act (VAWA) was first written and championed by President Biden when he was a Senator and passed into law in 1994. The act has been amended at least three times to cope with latest realities and interests. It is ironic that the US chest thumps as the beacon of democracy, but suffers from within as a result of its submission to the secular capitalist ideology. It is imperative to note that the root cause of the upheavals facing women and society at large is not due to untightened laws. Alas! It is as a result of humankind usurping the power of the Creator, Allah (swt) in legislation.

No matter how many legislations are enacted, they will not solve the problems a secular nation faces irrespective of either it is the US, UK, France, Germany, China, Russia, etc. because all of them are founded upon the invalid secular creed. No wonder statistics confirm the gloomy reality pervading the world. According to the latest study of the most dangerous countries in the world for women puts America at No.19! On the other hand, the world’s largest democracy, India is at No.9! World Population Review

Treatment of a disease cannot be done whimsical by just looking at a patient and recommend for certain medication. However, comprehensive studies on the patient must be done to adequately and certainly diagnose what is ailing him or her. As of now the feminists, the manginas and their respective local and international organizations have lost hope in their fallacious struggles to seek women empowerment and liberation. Due to the fact that their efforts are in vain and counterproductive to their own existing secular capitalist systems that promote demeaning and sexual objectification of women.

Secular capitalist ideology and the systems emanating from it such as the social liberal values that have led to the oppression of women, disintegration of the family unit and social cohesion; is a chronic disease that has permeated all spheres of life. Hence, an urgent and alternative solution must be sought to alleviate women and society at large from the ever increasing suffering. Yes! An alternative is needed, because we are now beyond the era of trial and error where man’s limited mind has ideologically stagnated although in reality he seems to be alive and up beating!

The alternative is the Khilafah (Caliphate) is an Islamic system of governance that is led by a Muslim man, ruler the Khalifah (Caliph). The Khilafah is founded upon the Islamic Shari’ah and not by man’s ingenuity like the capitalist and communist ideologies and their respective systems and regimes. The absence of the Khilafah for over 101 Hijri years since its abolishment on 28 Rajab 1342 AH has led to the world being filled with miseries and perpetual mindboggling catastrophes with no hope of genuine tranquility and prosperity.

Consequently, efforts must be directed to the reestablishment of the Khilafah based on the method of Prophethood. The return of the Khilafah will ensure women’s dignity, security and Shari’ah rights and that of the whole society at large. The Khilafah will be a guardian and shield to the weak and strong irrespective of their religious or socio-economic backgrounds. Its return will guarantee genuine happiness and prosperity.