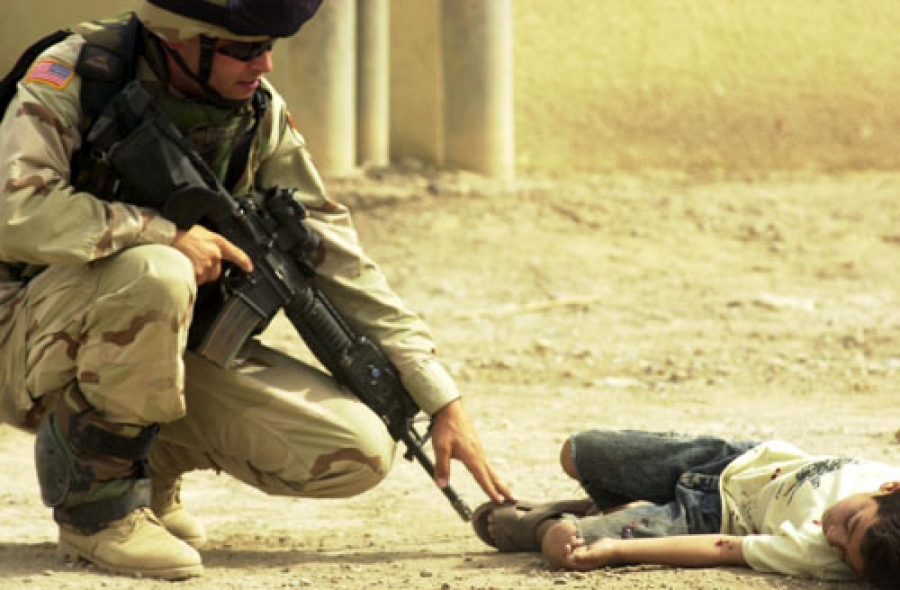 September 11, 2020 marks the 19th anniversary of the 9/11 attack, which is considered as the most devastating incident that happened on American soil.

On that fateful day, four major attacks happened on the Twin Towers of the World Trade Centre, Pentagon and another plane flown towards Washington DC crashed in a field in Pennsylvania which cost the lives of about 3000 people and injured over 6000 people.  9/11 attack was used as a justification for America’s ‘War on Terror’ and became a context for Muslims being labelled globally as Terrorists, Extremists, Fundamentalists and the list grows by the day.

9/11 attack was alleged on 19 Al Qaeda militants, most of them were Saudi nationals. Following 9/11 attacks, in the name of protecting American citizens, America invaded Afghanistan in 2001. It also invaded Iraq in 2003 although none of the alleged militants were from Iraq.

What started as ‘War on Terror’ was not just a war against terrorism or war against few militants but it was a war against Islam and Muslims. It was proven later during the Syrian Civil War when Republicans demanded Obama to term ‘War on Terror’ as ‘War on Islam’. Hatred against Muslims was continuously propagated through media, news channels, magazines and even Hollywood movies showcased Muslims as terrorists. Any violence act alleged on Muslims would be termed as ‘Terrorism’ but any violence act alleged on others would be termed as ‘white supremacy’ or due to psychological disorders. “Abolishing Terrorism” is also a main card used by leaders during election campaign. The world is prejudiced with public opinion such as “All Muslims are not Terrorists but All Terrorists are Muslims”.

When America projects itself as a savior from Terrorism, let us scrutinize America’s actions. America claimed the 9/11 attack killed 3000 people and injured over 6000. To retaliate, America declared ‘War On Terror’ on Afghanistan and Iraq.  According to a Lancet report in 2006, between 2003-2006, more than 650,000 people lost their lives in Iraq due to ‘War on Terror’, of which over 2,00,000 people were civilians. This even outnumbered Saddam’s oppressive rule of 30 years that killed 200,000 people brutally. American hypocrisy is further exposed through their domestic priorities with regards to saving lives.

Terrorism has killed over 3300 people in America during 1995 – 2014.  In comparison, the number of deaths caused by Cancer, Opioid overdose, Gun crime stands at an alarming 600,000 (2018), 70000 (2017), 15000 per year approximately. While America spent 6 billion dollars per year to fight cancer, it spent 186 billion dollars per year to fight terrorism.  Not to mention the almost negligible amount spend to fight gun crime or Opioid overdose. America’s so called ‘War on Terror’ savaged the lives and properties of Muslims of many countries and it bankrupted the American people. The only people who seemed to have benefitted are the ‘War Monger Capitalists’ of the American defense complex. America’s disdain for lives and properties of people is exposed from the words of Condoleezza Rice, (former Secretary of State of America) wherein she commented in 2006 that “An unstable Iraq was better than a stable Iraq falling under the hands of fundamentalists”, justifying American invasion of Iraq in 2003. Her statement was similar to Madeleine Albright’s (former Secretary of State of America and US ambassador to UN) in 1996, “The price is worth it”, to justify the US-led embargo on Iraq from 1991 that killed over 500,000 children due to malnutrition. To-date, ‘War on Terror’ is still not over with few million dead and many millions displaced. America’s claim as ‘A Greatest Democracy in the world’ only stands for death, destruction and debt.

Who are the real terrorists here? Does America care for human lives? Why do they build so much hatred on Muslims? Why do they kill so many innocent lives from the Muslim world and their own citizens? Why do they destroy whole nations such as Afghanistan, Iraq, Syria, Yemen?

Using the term “Terrorism”, tens and thousands of Muslims were killed in war, hatred against Muslims is widespread, phobia to words like Shariah, Jihad, Islamic State established and anti-terror laws drawn to create fear amongst Muslims to even discuss about the comprehensiveness of Islam. What is more outrageous here is that America made these damages in the name of fighting Terrorism. In the contrary, their meddling and invasion has been the cause for instability globally! Paul Bremmer, who wrote the constitution of Iraq was also called by critics as the “Father of ISIL”. American prison in Iraq was termed by critics as University of Jihad. وَإِذَا قِيلَ لَهُمْ لَا تُفْسِدُوا۟ فِى ٱلْأَرْضِ قَالُوٓا۟ إِنَّمَا نَحْنُ مُصْلِحُون “And when it is said to them, “Do not cause corruption on the earth,” they say, “We are but reformers.” [Al-Baqarah 2:11]

Despite the blatant atrocities of America, the world turns a blind eye towards it and the so called powerful nations would not stand up against it. This includes rulers from Muslim countries who are hand in hand with America in all the atrocities against Muslims and betrayed our Ummah.

The future Khilafah state (Caliphate) will put an end to this American Terrorism. The hearts and mind of the Rulers, Ummah, Soldiers will be filled with Iman and Taqwa, who will install justice and restore peace.

“They desire to put out the light of Allah with their mouths but Allah will perfect His light, though the unbelievers may be averse.” [As-Saff 61:8]