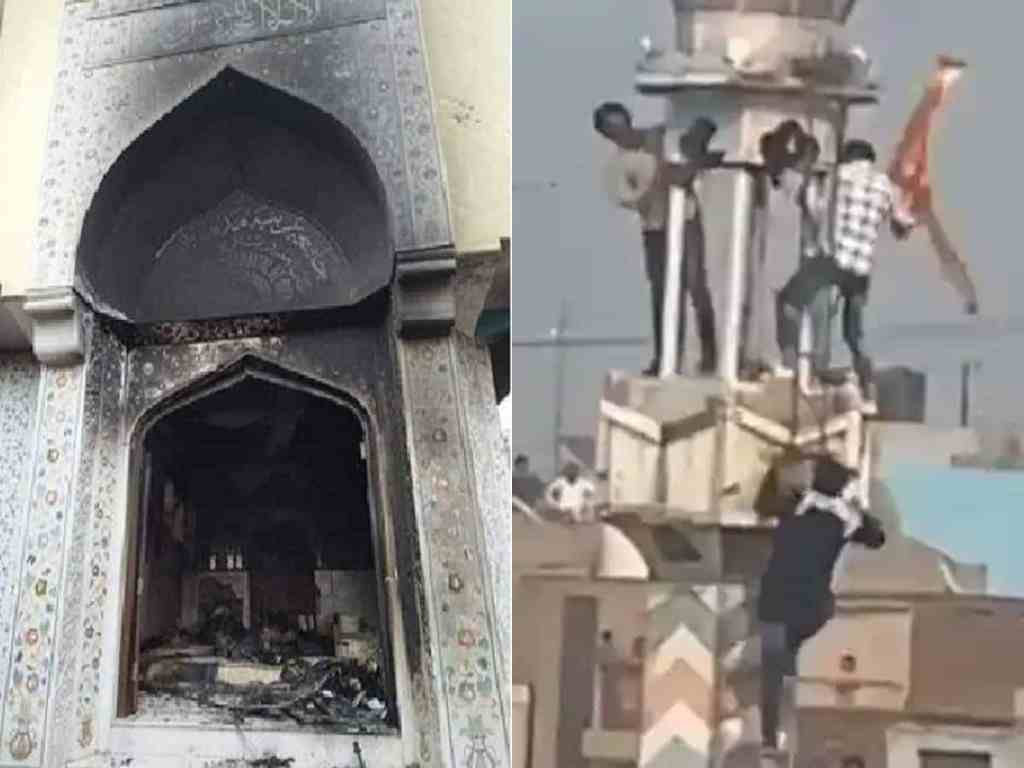 … O Armies of the Muslim’s Won’t You Mobilize?!

Since February 24, 2020, the Indian capital, Delhi, has been witnessing massacres by the Hindu cow worshipers against Muslims. More than 40 Muslims have been killed and more than 200 injured. As it were a punishment for Muslims protesting against the implementation of the 2019 Citizenship Amendment Law.

It was clear that the collusion of the Indian police and security forces with criminals is evidence of the Indian government’s hatred of Muslims, as its cronies witnessed the killing and burning of their thugs against Muslims in cold blood. And even incited them to do so.

The massacres in Delhi took on the brutality of the Gujarat Massacre, which occurred in 2002 and massacred more than 2,000 Muslims. Voters in Delhi, the capital, had voted against the BJP, the party lost 64 out of 72 seats, including the defeated Bharatiya Janata Mala Kapil Mishra party which organized the massacres as revenge for its defeat.

The massacres that broke out after a 24-hour warning came from Kapil Mishra to the Delhi police to suppress the protesters of the racist citizenship law, and interspersed with loss of life and destruction of property and mosques. Hate of Muslims has become the hallmark of Hindu terrorists, who were keen to publish videos they were filmed while commiting their crimes without fear of being held accountable by law. And even the police, shoulder to shoulder with Hindu terrorists, have also been seen filming videos of massacres.

This explains the timing of the massacres that coincided with the US President Trump’s visit to India, including Trump’s statement of his indifference to Muslims in India, and America’s indifference to the persecution of Muslims, in a speech delivered on February 24, 2020 at the Motera Stadium in Ahmedabad.

Trump showed how much America and India hate Islam and Muslims when he expressed his intention to continue the war against what he called ‘Islamic Radicalism’ by partnering with India and indicating America’s defeat of the Islamic State. Trump’s position was in line with the American project, which made India a regional powerhouse to curb China and impede the establishment of the Khilafah State.

Know that the largest democracy in the world has proven time and time again that the system of democratic Kufr is unable to lead their country. Democracy allows its believers to go to any limits to the welfare of the capitalists or to appease the majority to ensure that they come to power. While the system of ruling in Islam, the Khilafah, it stands at the boundaries of Allah Almighty, and is based on the welfare for people, nor flattering to appease any class to the exclusion of any class in the community no matter how it intensely it was implemented.

Know that Allah (swt) has fixed your Ajal and Rizq (lifespan and sustenance). And He (swt) is the Best of Raziqeen.  And He (swt) has bartered with the Believers their lives and properties in exchange for Jannah. These are times of hardship where you should stand united to confront Kuffar and Mushrikeen. Do not seek refuge in secularism and democracy, because in addition to it being a system of kufr is a failure, and whomever seeks them will inevitably be from the losers. Likewise, nationalism did not bring any benefit to you. Rather, you only reaped hatred and racism from it. The massacres and massacres you are subjected to at the hands of Hindus are the best proof of what we say.

O Armies in Pakistan, Bangladesh and the rest of the Muslim countries:

Didn’t your blood boil in your veins while you watch the cow and idol worshippers assault your Muslim brothers and violate their honors while you are crouching in your barracks on the borders, are not Delhi and Lahore in Pakistan in the Punjab region itself?! Don’t you read the words of Allah Almighty, وَإِنِ اسْتَنْصَرُوكُمْ فِي الدِّينِ فَعَلَيْكُمُ النَّصْرُ “If they seek your help in religion, it is your duty to help them.” Do you obey the rulers of harm and accept the divisions of British among the Muslims and you don’t respond to the words of the Messenger of Allah ﷺ?

The Messenger of Allah ﷺ said: «الْمُسْلِمُونَ تَتَكَافَأُ دِمَاؤُهُمْ يَسْعَى بِذِمَّتِهِمْ أَدْنَاهُمْ وَيُجِيرُ عَلَيْهِمْ أَقْصَاهُمْ وَهُمْ يَدٌ عَلَى مَنْ سِوَاهُمْ يَرُدُّ مُشِدُّهُمْ عَلَى مُضْعِفِهِمْ وَمُتَسَرِّيهِمْ عَلَى قَاعِدِهِمْ لَا يُقْتَلُ مُؤْمِنٌ بِكَافِرٍ وَلَا ذُو عَهْدٍ فِي عَهْدِهِ» “Muslims are equal in respect of blood. The lowest of them is entitled to give protection on behalf of them, and the one residing far away may give protection on behalf of them. They are like one hand over against all those who are outside the community. Those who have quick mounts should return to those who have slow mounts, and those who got out along with a detachment (should return) to those who are stationed. A believer shall not be killed for an unbeliever, nor a confederate within the term of confederation with him.” (Sunan Abu Dawud).

The Khilafah Rashidah (rightly guided Caliphate) upon the method of the Prophethood, which that will be established soon, by the permission of Allah, will hold America and India accountable and whoever commited a crime against Islam and Muslims, and the punishment of the Hereafter is far greater if they can understand!إِنَّ بَطْشَ رَبِّكَ لَشَدِيدٌ“Indeed, the vengeance of your Lord is severe.” [Al-Buruj: 12]